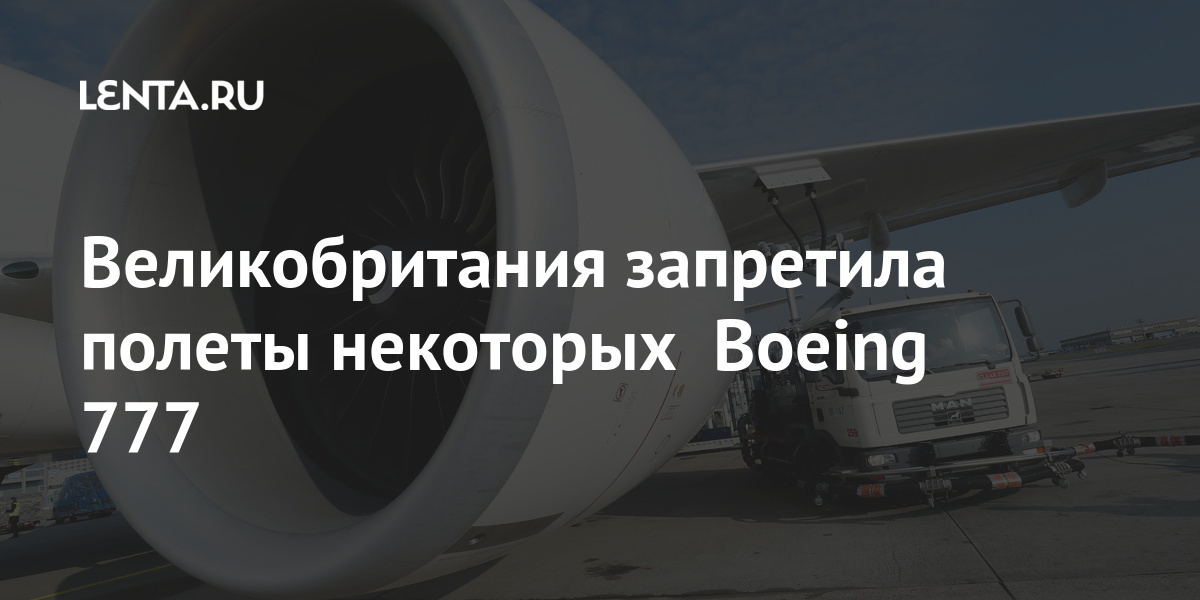 The UK has banned Boeing 777 aircraft powered by the Pratt & Whitney PW4000-112 engine, which was on the liner that caught fire during a flight to the United States. This was stated by the British Minister of Transport Grant Shapps, reports The Telegraph.

Shapps stressed that the restrictions are temporary and pledged to work closely with the Civil Aviation Authority to monitor the situation. There, in turn, they assured that at the moment British companies are not using Boeing 777s with this type of engine. The ban will not affect flights that are due to arrive in the country, a source in the British government added.

On February 21, in the US state of Colorado, fragments of the skin of a Boeing 777 airliner fell on a residential area, the engine of which caught fire during the flight. The plane with 241 people on board en route from Denver to Honolulu. Due to a malfunction, the aircraft safely returned to the airport of departure. Some of its debris fell in Commons Park, as well as in the Northmoor and Red Leaf areas of Brumfield, 20 miles north of downtown Denver.

Formosa: the Government insists that there are no human rights violations, but admits that ‘there are cases of institutional violence’

Pepe Mel: “We are moving away from relegation, which is what matters”