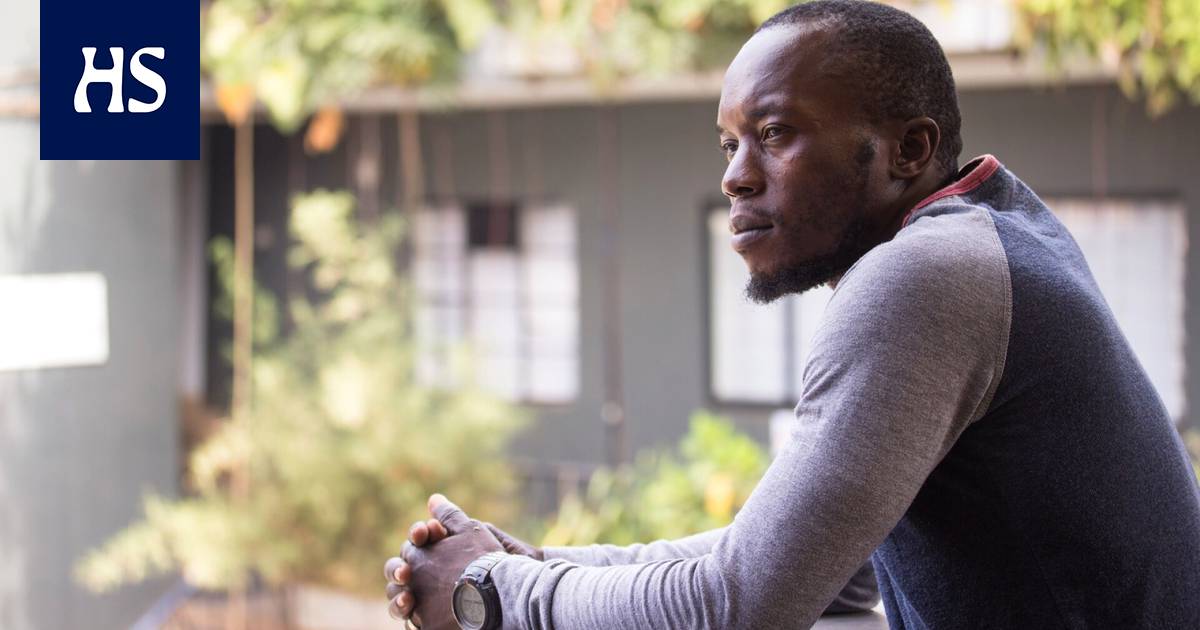 Kidnappings and violence have continued in Uganda since the controversial January elections. The opposition is gaining support from young townspeople despite intimidation.

As one on the night of the Ugandan January election, there was a knock on the door. Ugandan supporting the opposition Paul Mwanani peeked out to see who was at the door.

Behind the door stood his employee from a bar he owns in the suburb of Kampala, the capital of Uganda. He thought there were problems in the workplace, so he opened the door.

At the same door opening, Ugandan army soldiers pushed in.

It was three in the morning, so the wife and children were home. The wife stayed in the bedroom as the soldiers told Mwanan to sit down.

“They put me in handcuffs and told me to come along. I asked them not to chain me in my own home because my family is there, ”Mwanani says at a café in Kampala.

The soldiers told the wife that they would bring the man back soon.

The man was crammed into the car along with his employee. Soon they were transferred to another car. Mwanani says they were interrogated and hardened.

He did not return home for a month.

Mwananin there are hundreds, possibly thousands, of such cases in Uganda. And not everyone is equally lucky. In the wake of the controversial January presidential election, there was still a summer hundreds of people missing.

There is no precise information on the actual number of abducted activists and opposition representatives.

In the Ugandan capital, Kampala, election posters were still on display in the summer. Picture: Hanne-Mari Tarvonen

During and after the presidential election, dozens of people were shot dead by Ugandan police and soldiers.

Thousands of protested Ugandans, members of the opposition, journalists and human rights activists are being subjected to arbitrary arrests, violence by the authorities, abductions and intimidation.

According to the Uganda Electoral Commission, the 76-year-old president Yoweri Museveni received 58 percent of the vote in the presidential election. He was challenged by a musician, a candidate for the National Unity Platform (NUP) Bobi Wine, real name Robert Kyagulanyi Ssentamu, received 35 percent.

Museveni has led Uganda with an iron grip since the 1980s.

The presidential election was held during a days-long nationwide internet outage. International organizations suspect the election was fraudulent.

Winea particularly supported by young urban Ugandans. Such as Mwanani – or DJ and musician Ras Brown as well as a hip hop artist and dancer Jura MC.

Although there has been a climate of fear in Uganda since the election, the men want to tell what the country looks like in their eyes and why they voted for the opposition.

“Unless I loved my country and sought justice, I would never talk about politics. I was arrested at my home in the middle of the night even though I had not been involved in political activities at that time, ”Mwanani says.

“We tried to vote for the opposition like crazy. We want to show our children that there are alternatives, ”says Ras Brown.

“The situation is unfair and sad. In the January election, we had hope. We felt that the time had come because Bobi Wine received huge support from both young and older people, ”says Jura MC.

Ras Brown, an Ugandan musician who supports the opposition, believes that political change in Uganda will start with young people. Picture: Hanne-Mari Tarvonen

Bobi Winen inviting people to protests during the election, Jura MC headed to Kampala city center. He started a live broadcast on social media and recorded the events to gather evidence. Soon two police cars arrived at the scene.

“The third vehicle was the army, and they started firing at the protesters. I was startled and started running, trying to find a safe route to my home. ”

He says he survived the fright.

Mwanani says at the time of the election, it seemed as if there was a war or other serious security threat, even though people were just protesting calmly.

Art Ras Brown and Jura MC working in the field are calling for better job opportunities for young Ugandans.

The population of Uganda is the youngest in the world. 78% of the population is between 12 and 35 years old. The problem is that up to 70 percent of working-age people under the age of 35 are unemployed.

“There are a lot of educated and graduates here who can’t find jobs. Those in power and in good positions do not want to retire, even if they are already of retirement age, ”Mwanani says.

As in many other African countries, a large proportion of workers counted as entrepreneurs belong to the so-called informal workforce. In Uganda, only a few percent have a formal employment contract.

In addition, about 74 percent of the country’s population lives in rural areas and earns their living from small-scale farming or working on farms. Cities, on the other hand, are full of street vendors and small business owners.

Ugandan the future looks uncertain, men say. In many rural areas, especially in northern and western Uganda, the Museven ruling party is the only one the locals know and feel they have received help from.

Uganda is plagued by youth unemployment. In cities, many work in informal jobs, for example as street vendors. Picture: Hanne-Mari Tarvonen

People living in rural areas may have a radio but not necessarily a television or access to the internet.

“In many provinces, it was not possible for the opposition to campaign. The ruling party will distribute, among other things, food aid during the elections, even if it would not otherwise improve the conditions in the regions at all, ”Mwanani says.

According to Mwanan, Uganda’s young majority is in a weak position, but they are still thirsting for change.

“Our administration has been the same all these years. People have lived quite a miserable life. We expect change, even a glimpse of change. ”

Read more: The incumbent president was elected for the sixth term in Uganda, although the opposition candidate had already declared himself the winner