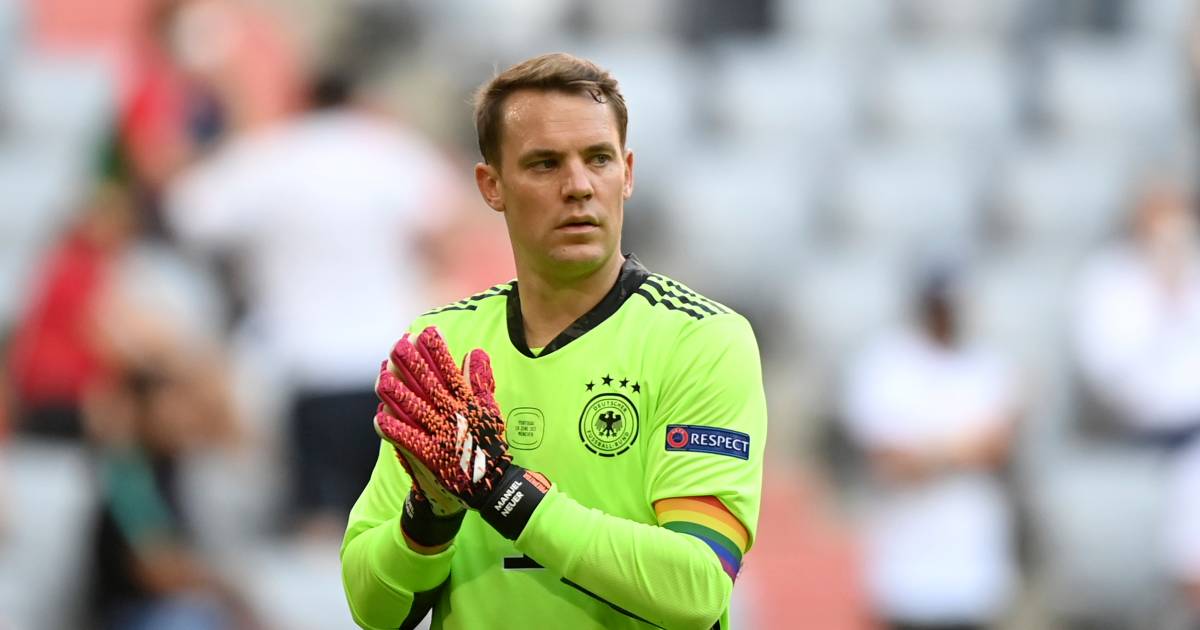 UEFA investigated whether the Bayern Munich goalkeeper violated the general rules of conduct with his captain’s armband, but has decided not to take any further action. UEFA informed the German football association DFB on Sunday. In the letter to the DFB, the rainbow band is judged as a sign of the team’s diversity and so it serves a good cause.

Neuer has been using a band in rainbow colors since the friendly against Latvia on June 7 in Düsseldorf. According to the DFB, he wears this captain’s armband on behalf of the German Football Association and also on behalf of the entire team as a symbol of diversity, openness, tolerance and against hatred and exclusion. “The message is clear: we are colorful,” said the DFB.

UEFA usually takes strict action against expressions of a political and religious nature. However, the umbrella organization does allow protests against racism during the European Championship. For the past few days, players and referees have kneeled before their matches to protest against racism, discrimination and hatred.

UEFA must also consider a request from mayor Dieter Reiter of the European Championship host city of Munich to give the European Championship stadium the colors of the rainbow in the lighting. That should happen on Wednesday in the game between Germany and Hungary. Bayern Munich’s Allianz Arena can be illuminated in all kinds of colors on the outside. In the past, the stadium often wore the rainbow colors.

The German request is a direct result of a law recently passed in the Hungarian parliament. This prohibits ‘promoting’ homosexuality and changing sex among young people up to the age of 18. The government of Prime Minister Viktor Orbán sees the legislation as a way to stand up for the welfare of children, but critics speak of an attack on freedom of expression, among other things. The Munich city council wants to protest the controversial Hungarian law with a European Championship stadium in rainbow colors on Wednesday.

What do you think? Join the conversation!
You can respond at the bottom of this article. Only comments with a full name will be posted. We do that because we want a debate with people who stand for what they say, and who put their name on it. If you still need to enter your name, you can do so by clicking ‘Login’ at the top right of our site.