UEFA responds to “super” threats with the Swiss model of “champions” 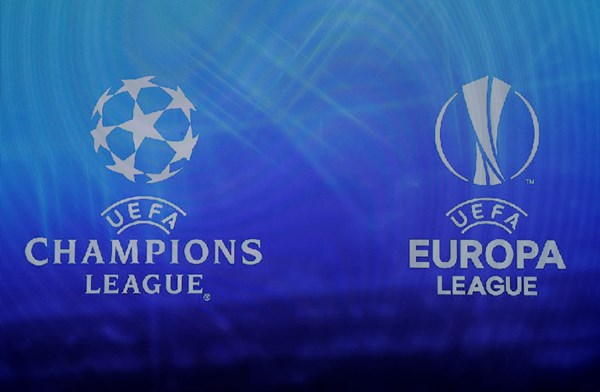 Berlin (dpa)
European football witnessed a huge uproar, with a number of top clubs announcing plans to establish a separate tournament under the name “European Super League”, hours before the meeting of the Executive Committee of the European Football Association (UEFA), which witnessed the ratification of the reforms of the European Champions League in a step. Challenging Super League plans. Uefa president Alexander Cefern threatened to stop any player participating in that tournament from participating in international tournaments, as Ceferin gave an angry reaction to the plans to launch the Super League, which was announced by 12 clubs from England, Italy and Spain.

The UEFA Executive Committee meeting witnessed the ratification of an increase in the number of teams participating in the UEFA Champions League from 32 to 36 teams from 2024. Reforms in the Champions League are to grant teams more matches in the group stage, as 100 matches will be added to the tournament, which will see the status of all teams. In one group, each team will play ten matches against other teams determined by the classification, in what is known as the “Swiss model”, after which the play-off rounds will start.

12 clubs from England, Italy and Spain, including Liverpool, Barcelona and Juventus, announced a plan to launch the European Super League with the participation of 20 teams, with 15 of these teams being permanent parties in the tournament. The announcement caused an uproar in European football and around the world, and was widely condemned by politicians, sports federations and the masses. Ceferin said that players who will participate in such a tournament will be banned from participating with their national teams and participating in tournaments, including the World Cup and possibly the European Nations Cup, which starts in June.

Ceferin said: We are still assessing the position with our legal team. It is still too early to impose all possible penalties.

Ceferin indicated that the Champions League would still have enough good clubs, without the separate clubs. “Sky Sports” reported that a board member of one of the six English clubs joining the new championship plan said that they are not bothered by what he described as “not a civil war, but a nuclear war” in football.

This person, whose name has not been revealed, added that club owners are not concerned about public relations and that the interest of the game on a larger scale is secondary to them. He also indicated that club owners may feel happy about stopping players from international participation, because they will not be obliged to allow players to participate with their country’s national teams for very little money. The European Super League plans are for the tournament to be held on midweek days, with 20 teams participating, and competitions taking place between August and May. The announcement of the European Super League was made by Manchester United, Manchester City, Arsenal, Tottenham, Chelsea and Liverpool, as well as Inter Milan, Milan and Juventus from Italy and Barcelona, ​​Real Madrid and Atletico Madrid, Spain.

As for Bayern Munich, holders of the European Champions League, he is leading the German opposition to launch the Super League, and prominent clubs, including Ajax, who are four times European champions, and Paris Saint-Germain, were the runners-up of the Champions League last season. A news report said today that the American bank “GB Morgan” has confirmed that it will finance the European Super League championship. The British news agency “BA Media” stated that a spokesman for the bank had revealed to her that the bank would provide financing for the tournament in the form of loans. The report indicated that GBMorgan will provide loans of about $ 6 billion to the teams participating in the tournament.

The same agency indicated that those involved in the new tournament sent a letter to Gianni Infantino, President of FIFA and Ceferin, through which they requested cooperation and also revealed that legal measures would be taken. The letter stated: We are concerned about the possibilities of FIFA and UEFA responding to this call by seeking to take punitive measures by excluding any club or player participating in that tournament from the competition to which it belongs. The German newspaper “Sueddeutsche Zeitung” reported that the European Super League, which will be a closed tournament, may violate the European Union rules that protect the current form of football through open league competitions that include the promotion and relegation system.

A spokeswoman for the European Commission said European sport had clear and transparent rules regarding any kind of discrimination. As part of the European DNA, these traditions of how people participate in sport must be preserved at all levels. The Commission does not wish to comment further on the matter as it has not yet obtained sufficient information about the new tournament to be held.

“We must defend a European model of sport that is driven by values ​​and based on diversity and inclusion,” said Margaret Chinas, Vice President of the European Commission. British Prime Minister Boris Johnson also said that “not good news for the public” and pledged to ensure that things did not go the way currently proposed.

Godzilla vs Kong: Its director confirms who won | EarthGamer

Barbara Mori reveals that she suffered from COVID-19: “I didn’t need oxygen”