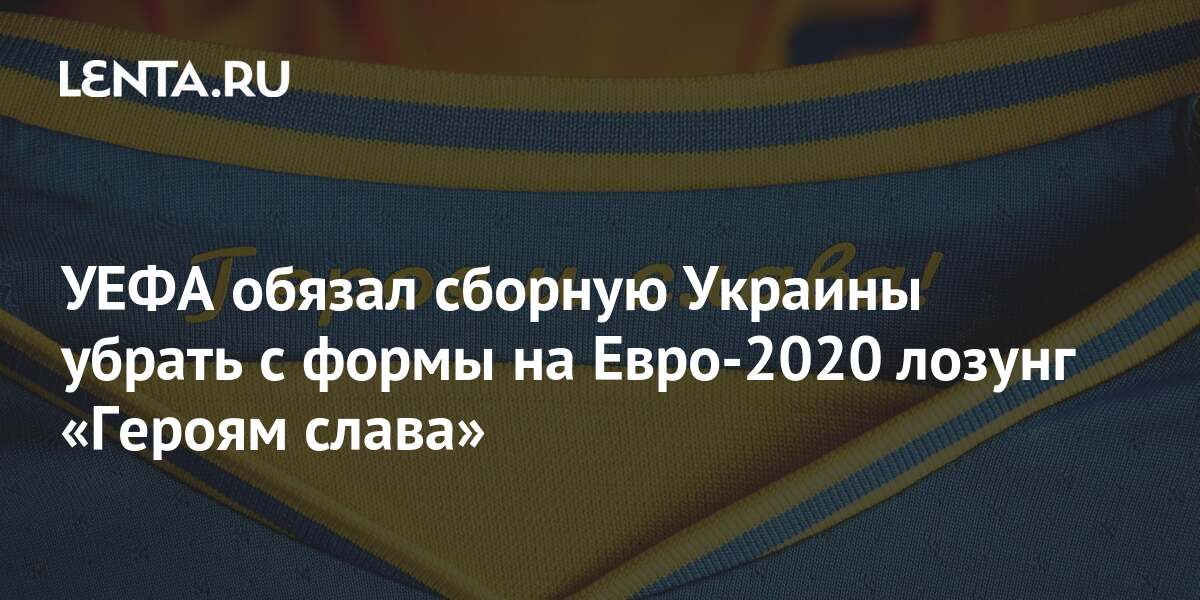 The Union of European Football Associations (UEFA) ordered the Ukrainian national team to remove the slogan “Glory to the Heroes” from the uniform for Euro 2020. This is reported by “Championship.com”.

UEFA saw no violations in the application of the slogan “Glory to Ukraine”. However, the second, “Glory to the Heroes”, the Ukrainians will have to remove from the uniform, because, according to the representatives of the organization, in combination with the first, it carries a political meaning.

Crimea became part of Russia after a referendum held in March 2014, in which the majority of the region’s residents supported such a decision. Kiev refused to acknowledge its results. Moscow insists that the procedure for joining the region was in accordance with the norms of international law.