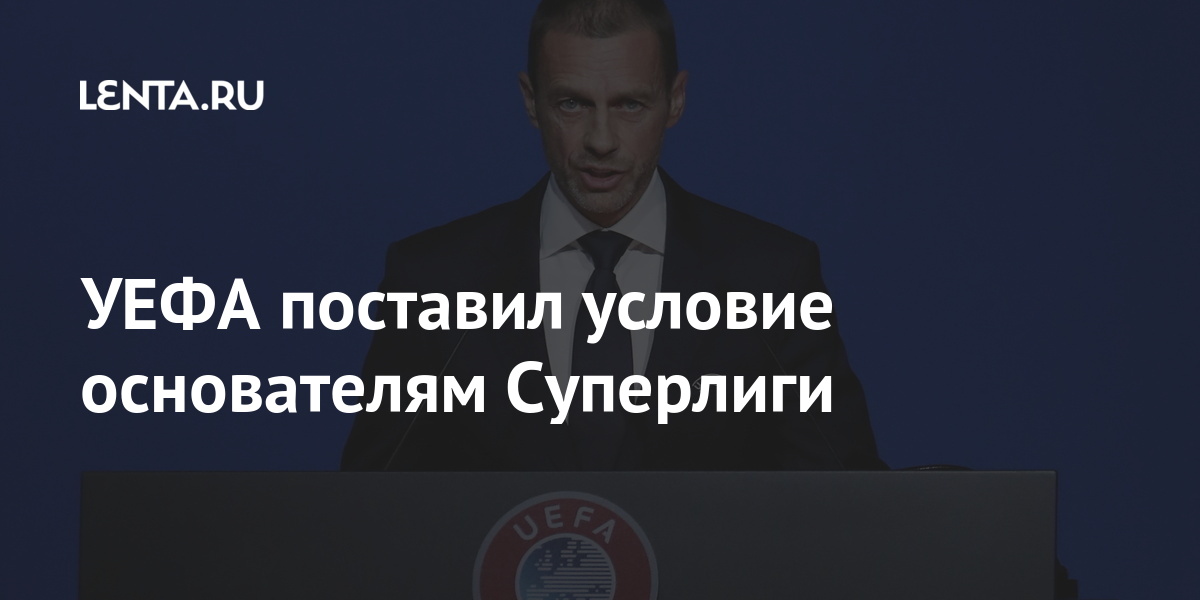 President of the Union of European Football Associations (UEFA) Alexander Čeferin commented on the situation around the Super League project. His words are quoted by the Associated Press.

The head of UEFA has set a condition for the four founding clubs of the new tournament, which have not yet announced their rejection of the project. We are talking about Real Madrid, Barcelona, ​​Juventus and Milan. Čeferin stressed that these clubs may be left without a Champions League if they choose their own competition.

“What will be the sanctions? While we are waiting for a legal assessment of what happened. But everyone understands perfectly well that their actions will not remain without consequences, ”he added.

At the moment, the Superleague project has been suspended. UEFA grievances and threats of sanctions have resulted in six English Premier League (Premier League) clubs from among the founders of the new tournament withdrawing from it.

The new tournament was announced on April 19. The statement appeared on the website of Real Madrid. Later it was the president of the “royal club” Florentino Perez who was positioned as the head of the Super League.

KHL | Oliwer Kaski and Ville Pokka first celebrated on ice and in a restaurant, then flew 2,000 kilometers to the fans

Al Habtoor and Hesketh race to the Polo Cup Final