UEFA comments on the refusal of Russian referees to kneel 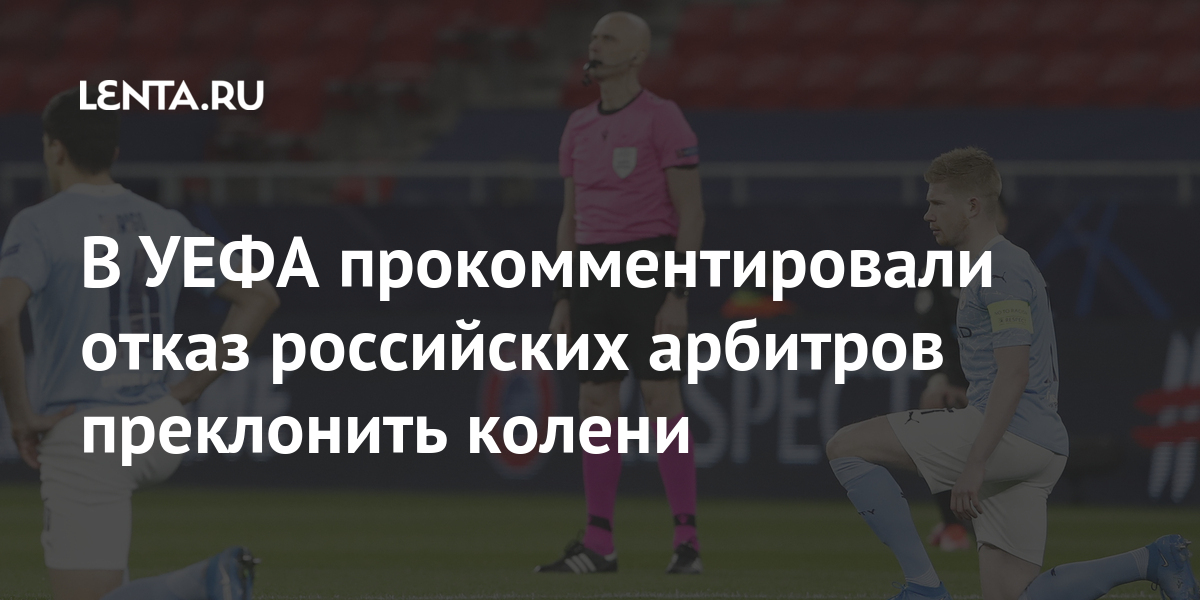 The Union of European Football Associations (UEFA) commented on the refusal of the team of Russian referees to kneel before the second leg of the 1/8 finals of the Champions League between Manchester City and Borussia Mönchengladbach. Representatives of the organization are quoted by RIA News…

UEFA said that the judges will not receive disciplinary action for unwillingness to participate in the action. “Players, coaches and match officials decide for themselves whether they want to kneel or not,” they stressed.

On March 16, the main referee of the match Sergey Karasev, as well as Igor Demeshko and Maxim Gavrilin did not follow the example of the players on the field and did not express their solidarity with the Black Lives Matter movement. The match ended with the victory of Manchester City with a score of 2: 0. Following the results of the two-legged confrontation, the British advanced to the Champions League quarterfinals.

Traffic emergency triangles to be replaced in Mallorca

Valve spoke about the future of Half-Life

HRC member met with Navalny in the colony