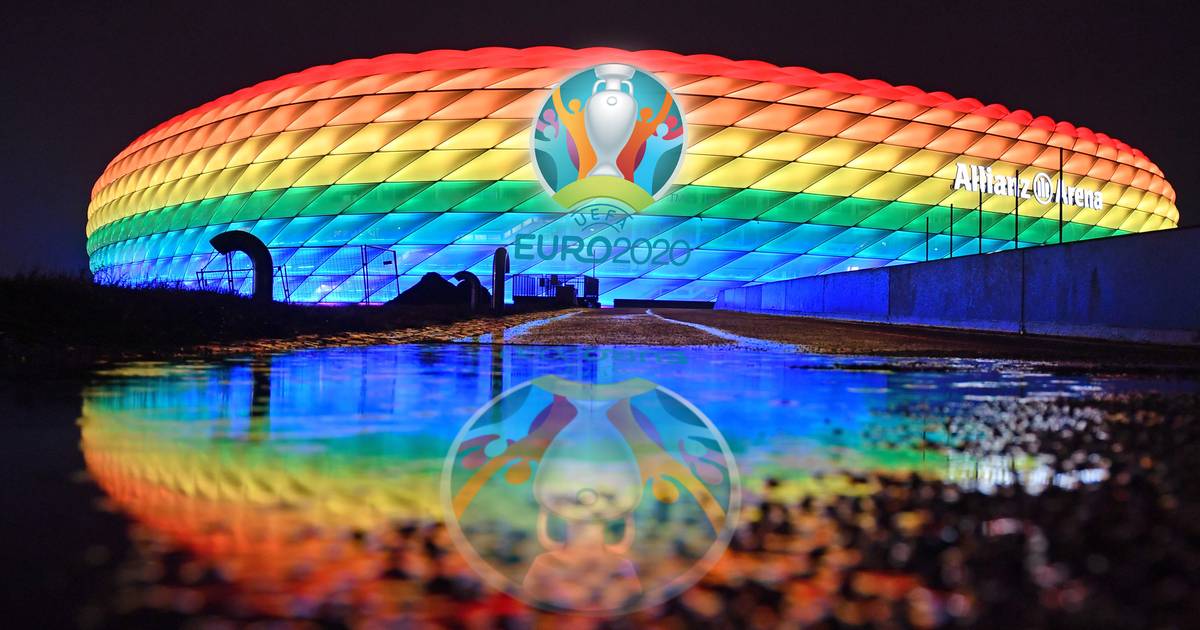 UpdateUEFA has banned the lighting of the Allianz Arena in the colors of the rainbow during the match between Germany and Hungary. That reports picture. Jens Grittner, press officer of the German Football Association, says that UEFA will stick to the standard colors that apply to stadiums during this European Championship.

Munich city council hoped that the European Championship stadium in the city could be lit up in the colors of the rainbow for the match between Germany and Hungary. Bayern Munich’s Allianz Arena can be illuminated in all kinds of colors on the outside. However, UEFA does not allow this. “UEFA allows a uniform stadium design. And has good grounds for complying with this uniform stadium design. Maybe you don’t necessarily have to make the changes on race day,” Grittner said.

Last week, the Hungarian parliament passed a law banning the promotion of homosexuality and gender-changing among young people under the age of 18. Prime Minister Viktor Orbán’s government sees the legislation as a way to champion the well-being of children, but critics speak of an attack on freedom of expression.

UEFA has now proposed the city of Munich to light up the Allianz Arena in the rainbow colors on other days. That could, for example, be on June 28 or between July 3 and 9, dates on which protests and parades are held in Germany against discrimination and for diversity (Christopher Street Day). During the Germany – Hungary match, other German stadiums, including in Frankfurt and Cologne, will be lit in rainbow colors.

Hungary will play the last group match against Germany in Munich on Wednesday. The city council wanted to use that to protest against the controversial law. “We stand for diversity, tolerance and true equality in sport and in society as a whole,” the motion said. An online petition with the same goal has already been signed more than 50,000 times.

Manuel Neuer, the captain of the German national team, always played at the European Championship with a band in the rainbow colors around his upper arm. There was a brief investigation into this, but was allowed.

The goalkeeper had already spoken out strongly in February for equal rights and had criticized the curtailment of rights of sexual minorities in his country. The Hungarian national team coach Marco Rossi also said that politics is never discussed in his dressing room and that the team has always shown that they respect everyone and everything.

What do you think of UEFA’s decision?
You can respond at the bottom of this article. Only comments with a full name will be posted. We do that because we want a debate with people who stand for what they say, and who put their name on it. If you still need to enter your name, you can do so by clicking ‘Login’ at the top right of our site.