Uccio: “I wanted Vale to continue, but friendship stopped me” 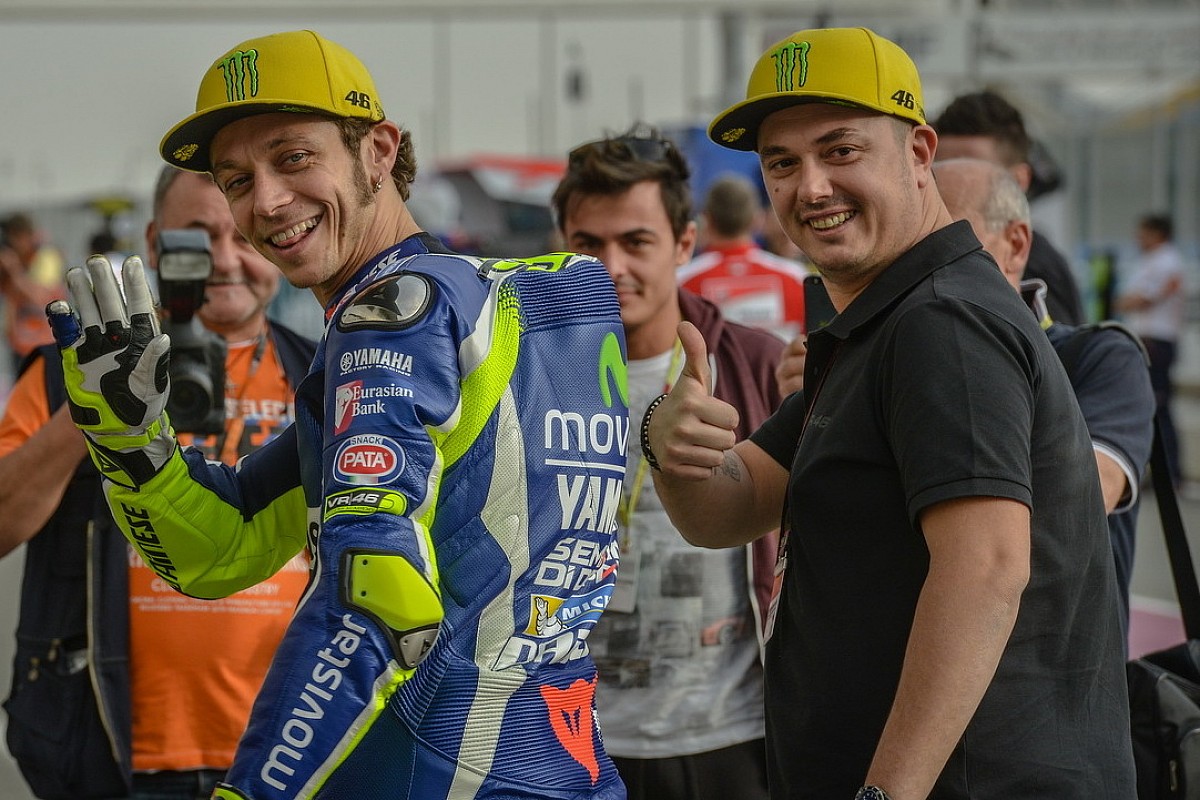 Valentino Rossi’s farewell to MotoGP, with the announcement arrived this afternoon at the Red Bull Ring, touched the hearts of many fans of motorcycling, the World Championship and MotoGP. But not only.

Many insiders also wanted to be present at the press conference this afternoon. Among these also one of the closest friends, as well as collaborator, of Valentino himself: Alessio Salucci, better known by the nickname of “Uccio”.

Speaking to the microphones of Sky Sport, Uccio expressed his emotions a few minutes after the end of his friend Valentino’s press conference. He did it with shining eyes and a voice broken by the classic lump in the throat of someone who is emotionally involved in a choice made by a sportsman that, however, involves a much wider sphere.

“I’m a bit excited. I’ve known for a while, a few days. It’s one thing to know, it’s one thing to see him say it in front of everyone, in front of the whole world: It made an effect on me that I didn’t expect. I tried to prepare myself on the plane again today, but it didn’t work out very much “.

Uccio also revealed that he had the idea of ​​trying to dissuade Rossi from his retirement thoughts, but then friendship and respect prevailed. This has led to the acceptance of a considered choice, which will end the era of Valentino Rossi in MotoGP, but which will open that of the legend handed down to posterity, the story that should lead him to always race on the track, but with cars.

“Having seen him calm in his choices made me feel calm too. It means that he made the right choice. I agree, I see him calm. I saw that he had decided, that he was thinking of quitting. To myself I thought: ‘ Now I try to push him to continue ‘. But I thought that out of friendship and respect it was not right of me to do something like that, to push him “.

“Respecting him also means not going against his choices. I saw that he had decided, and in my opinion it is right. It is the end of an important chapter in MotoGP, but not entirely. We will continue even if it will not be the same. The team will go. forward, the Academy will go on and he too will go on, albeit in a different way. He will be more and more present in our projects, but he will also compete in the car. Wherever he goes he will bring his joy of racing, of driving and going fast. “

The close friend also gave his own opinion on what Rossi has managed to change over the course of his 25 years in the world championship, from 1996 to today.

“Valentino also changed races for his charisma, for his way of tackling them. When we prepared skits at the end of the races, when he won. The gags that made us laugh. They made us and everyone laugh. He changed the way we race. . He has changed his driving style, he has always put himself on the line and has always been a protagonist. People see these things, notice them. And you become unique. “

“He managed to get into everyone’s hearts. Surrounding himself with old friends, with those who love him, has been a strong point of his career. It is something that I recommend to future generations of motorcyclists because these affections give you peace of mind on the track to get good results “.

“In recent years Vale has not only been a great driver, but also a good entrepreneur. He created the Academy and we founded a team. These are all projects that will go on ”.

“We know it won’t be easy, but we will try to make the Italians miss him as little as possible with some fast Academy riders. There is already someone who deserves, like Pecco and Morbidelli. We will try to carry on our work to ensure that the number 46 is always present in the paddock ”, concluded Uccio.