UAE: We stand in solidarity with Saudi Arabia against the “Houthi” terrorist attacks 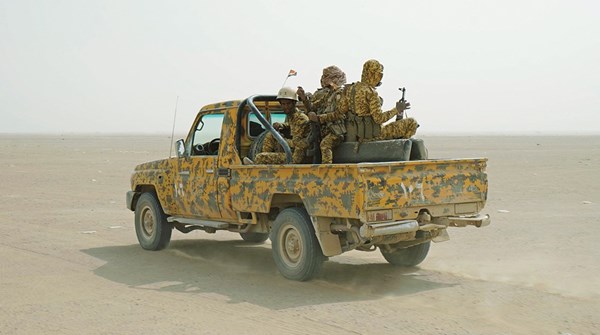 The UAE has expressed its strong condemnation and denunciation of the attempts of the Iranian-backed terrorist “Houthi” militia to target civilians and civilian objects in a systematic and deliberate manner in the sisterly Kingdom of Saudi Arabia, through a car bomb, which was intercepted by the coalition forces.
In a statement issued by the Ministry of Foreign Affairs and International Cooperation, the UAE affirmed that the continuation of these terrorist attacks by the “Houthi” group reflects its blatant challenge to the international community and its disregard for all international laws and norms.
The Ministry urged the international community to take an immediate and decisive stance to stop these repeated actions that target vital and civilian installations and the Kingdom’s security, energy supplies and global economic stability, stressing that the recent continuation of these attacks is a dangerous escalation, and new evidence of these militias’ endeavor to undermine security and stability. In the region.
The Ministry renewed the UAE’s full solidarity with the Kingdom regarding these terrorist attacks, standing in one line with it against every threat to its security and stability, and supporting it in all measures it takes to preserve its security and the safety of its citizens and residents on its territory.
The statement emphasized that the security of the United Arab Emirates and the security of the Kingdom of Saudi Arabia are indivisible, and that any threat or danger facing the Kingdom is considered by the state as a threat to its security and stability system.
The Coalition to Support Legitimacy in Yemen announced yesterday that it had intercepted and destroyed a drone bomb in Yemeni airspace launched by the “Houthi” militia towards the Kingdom.
The coalition said, in a statement: “The attempts of hostile militias are systematic and deliberate to target civilians and civilian objects.”
He stressed “taking the necessary operational measures to protect civilians, in accordance with international humanitarian law.”
On Friday, the coalition announced the interception and destruction of a ballistic missile launched by the Houthi militia towards civilian objects in Jizan, Saudi Arabia.
Last Thursday, the spokesman for the coalition forces, Brigadier General Turki Al-Maliki revealed that the Saudi Royal Air Defense Forces managed to intercept and destroy 4 booby-trapped UAVs and 5 ballistic missiles launched by the Iranian-backed terrorist militia from the Iranian governorate on Wednesday evening and Thursday morning. Saada towards the city of Jizan.

The putschists admit the killing of 26 of their members, including leaders
The “Houthi” militia has admitted killing 26 of its members, including field leaders in Sanaa and Taiz, who were killed on the battle fronts.
The militia media published the names of their killers, whom they had Shi’a, yesterday, the day before, and who hold different military ranks, and last Friday, a number of more of their dead, including higher military ranks, were reported. The Marib fronts witnessed the killing of hundreds of Houthi militia members, including dozens of field leaders.
In conjunction with its heavy human losses, and for the second time since the start of its attack on Marib, the Houthi militia failed to persuade the Khawlan tribes, from the Sana’a cordon tribes, to send their sons to fight in Marib, as the tribes apologized for meeting the militia’s request to provide them with fighters. Houthi delegations toured among the Khawlan tribes to request human support, offering them promises to improve their conditions, but the tribesmen refused to respond to the militia’s demands. Yesterday evening, the Al-Mashjah front, west of Marib governorate, witnessed battles during which the Houthi militia suffered great human and material losses through the fire of the National Army and the popular resistance, and raids by the air forces of the Coalition to Support Legitimacy.
A military source in the Media Center of the Armed Forces said: A group of militia members tried to infiltrate one of the military sites on the Al-Mashjah front, but the army and resistance forces were on the lookout for them, where they started fire and put all of these elements between dead and wounded. Simultaneously, the coalition aircraft destroyed an armored vehicle and hostile reinforcements on its way to the front, and in other raids it targeted militia gatherings in separate locations, all of which resulted in great human and material losses among the militias.

Five series that put out a fire

Radio evaluation The British Empire, which ruled the world for centuries, was a dictatorship, an interesting radio series recalls