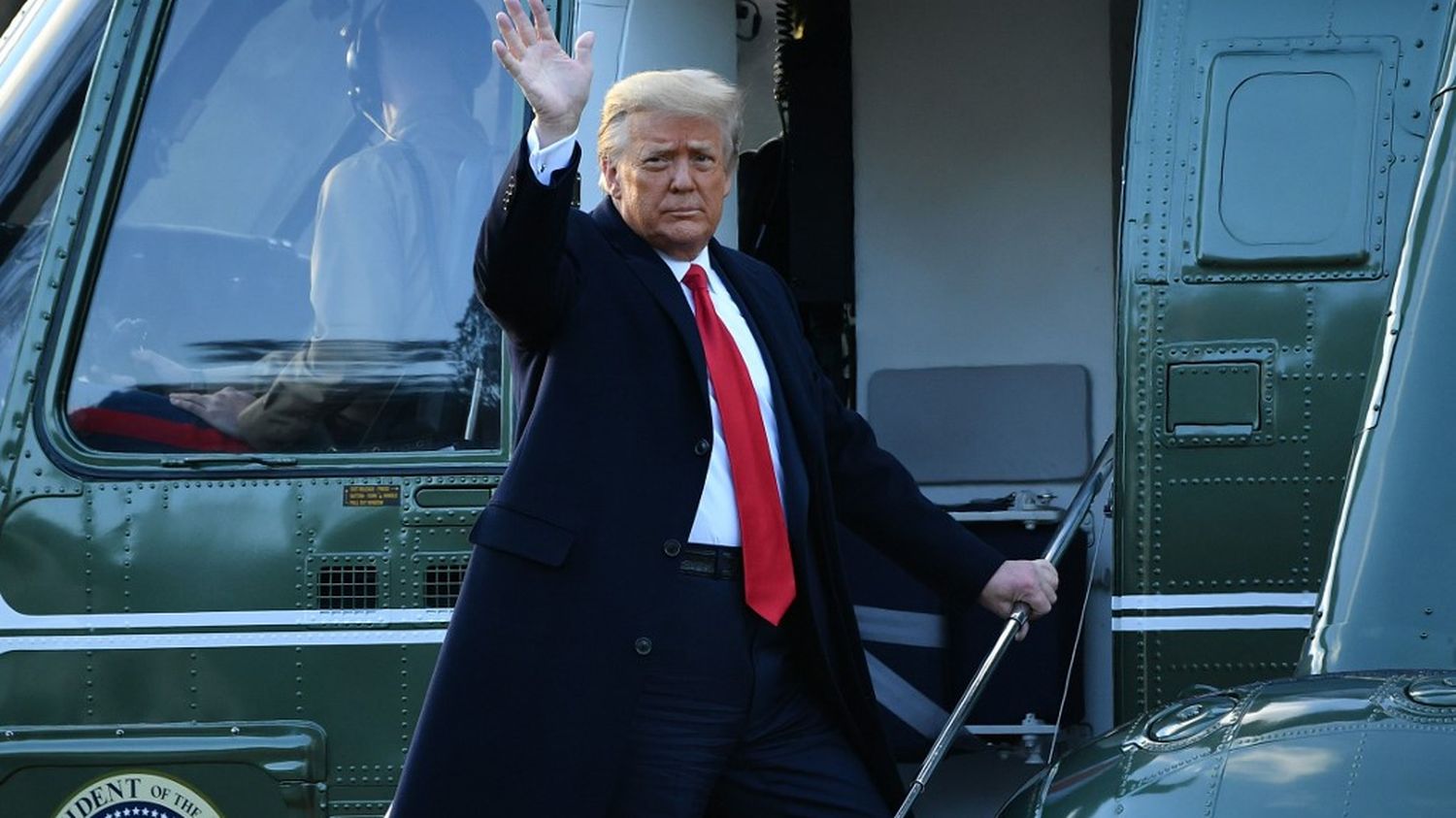 He is no longer in power, but the procedure continues. Donald Trump’s impeachment trial will begin in the second week of February in the Senate, after the former president’s indictment was transmitted to the upper house early next week, Democratic leaders announced on Friday (January 23). in Congress. The former president will be tried for “incitement to insurgency” for having encouraged his supporters to launch an assault on the Capitol on January 6, when the elected representatives of Congress certified the victory of his Democratic rival in the presidential election.

This two-week delay between the delivery of the indictment and the start of the proceedings will ensure that the trial does not monopolize the sessions in the upper house for the start of Joe Biden’s term. The Senate will thus be able in particular to confirm the members of its government. “Once the files have been drafted, the presentation by the parties will begin the week of February 8”Senate Democratic leader Chuck Schumer said Friday evening. “Our prosecutors are ready to defend their case before the 100 senators who will serve as judges during the trial”, then confirmed Nancy Pelosi, President of the House of Representatives.

Concretely, these “prosecutors” – elected House Democrats led by Jamie Raskin – will cross the halls of Congress on Monday to bring the indictment into the Senate Chamber, where they will read it to senators. This step marks the formal opening of the trial, but the debates on the merits will therefore not begin until two weeks later.

Can the former president be sentenced? Unlike his first impeachment trial, in the Ukrainian case, some elected Republicans this time were very critical. Even their leader in the Senate, Mitch McConnell, who was one of his strongest allies during his presidency, has made it known that he is not ruling out finding him guilty. But the Constitution imposes a two-thirds threshold for convicting a president, and it would take 17 Republican senators to join the 50 Democrats to achieve that qualified majority, which is very uncertain at this point. If Donald Trump were found guilty, he would not be impeached since he has already left the White House, but he would become ineligible, as he toyed with the idea of ​​a new presidential candidacy in 2024.

The Mortal Kombat movie has its trailer with Sub-Zero, Scorpion and all the violence of the video game