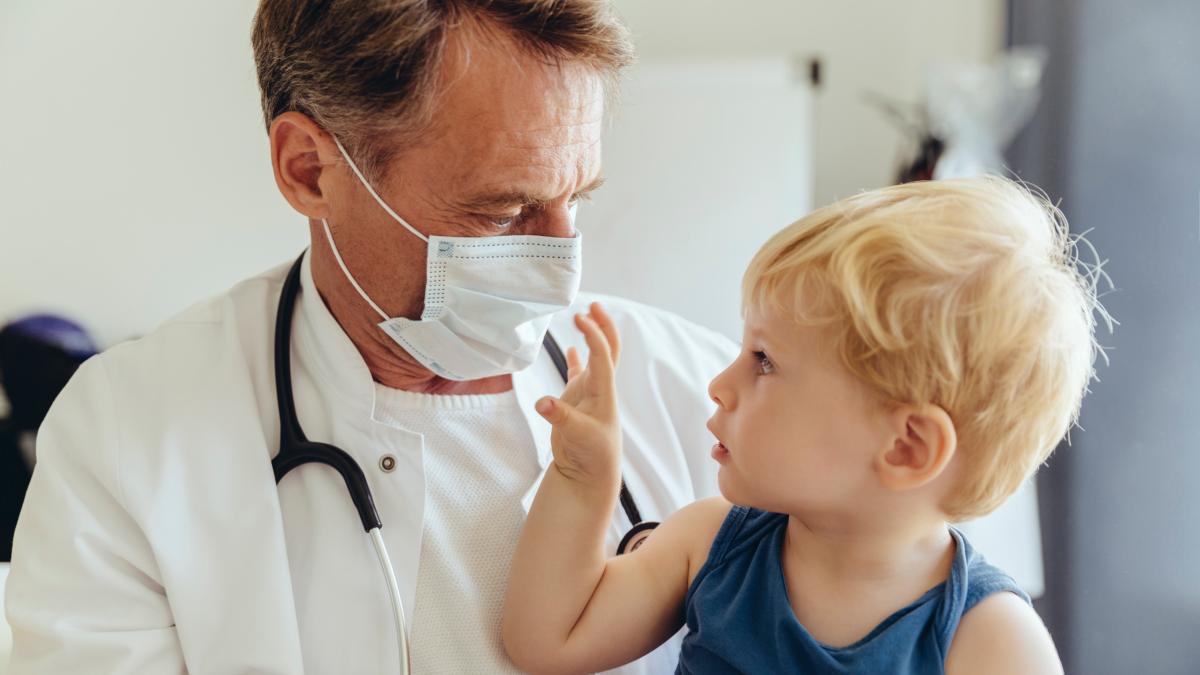 A letter from the Hamburg health authority is currently causing irritation among parents: the evidence for certain U-examinations is no longer required, it says. The authority gives a valid reason for this.

F.For most parents of babies and small children, they are part of everyday life, the so-called U-examinations. The first takes place immediately after birth, followed by others in short succession, approximately up to the completion of the first year of life, after which the intervals become larger and larger until J1 at the age of 13 to 14 years. The pediatricians neatly document development and health statuses in the yellow children’s examination booklets. In the first years of life in particular, parents take advantage of the examinations provided by the health insurance companies with their children. After that, according to the experience of many paediatricians, the utilization will decrease significantly.

For some time now, letters from the health authorities have fluttered into the house of the parents of the one to two year olds. Subject: Information on child screening U6 / U7. After three paragraphs in interlaced official German it says: “Your U6 examination was already pending or is about to be done?” It is then pointed out that in the current situation the attending physician should be consulted about a possible appointment individually. And then: “Note that temporarily no proof of the examination carried out is required.”

Registration only for U6 and U7

A sentence that is confusing, because in Hamburg, unlike some other federal states, there is no obligation to carry out these examinations. However, parents are required to report. You will receive the relevant forms, which the respective doctor must stamp, with the request for an examination. “In Hamburg, however, this obligation to register only applies to the U6 and U7,” explains Stefan Renz, Hamburg state chairman of the professional association of paediatricians e. V. Above all, this message usually happens unnoticed by the parents, because the practices forward it automatically. Only if one of the examinations has not been taken is a friendly reminder from the responsible health department. If there is no response, the authorities can ask more specifically and intervene if necessary.

This reporting requirement is now suspended, and has been since last March, as the health authority announced when asked by WELT. The reason: the burden on the health authorities from Corona. “Contacting parents who did not take part in the U-examinations was not feasible due to the high workload,” it says. The general information letter will continue to be sent – with the note that the reporting obligation is suspended.

“We consider this mandatory registration to be very useful and advocate that it be extended to the age of five, i.e. up to the U9,” says Renz. On the one hand, because these examinations would be less noticed, on the other hand, because serious development deficits could arise in this phase of life, which then often go unnoticed. Neglect and abuse are part of it. “The option of the U7 is used by up to 94 percent of parents, with the 7a it is only 76 percent,” says the pediatrician.

With the temporarily suspended reporting obligation, however, only one of the many missing control bodies for the protection and well-being of children and adolescents is no longer applicable. “We are very concerned about the general situation,” said Renz, referring to the lack of contacts in schools, daycare centers, sports clubs, afternoon care and the associated lack of social integration outside the family. Renz suggests that the health insurances could remind their members to take the examinations in the given time frame.

The city plans to resume inviting and commemorating the U6 / U7 as early as April. “Following on from this, the health authorities will also be included again if there is no confirmation of participation,” says the health authority.

See these exhibits this weekend: Desert pictures, rock formations and pollen floating in the gallery