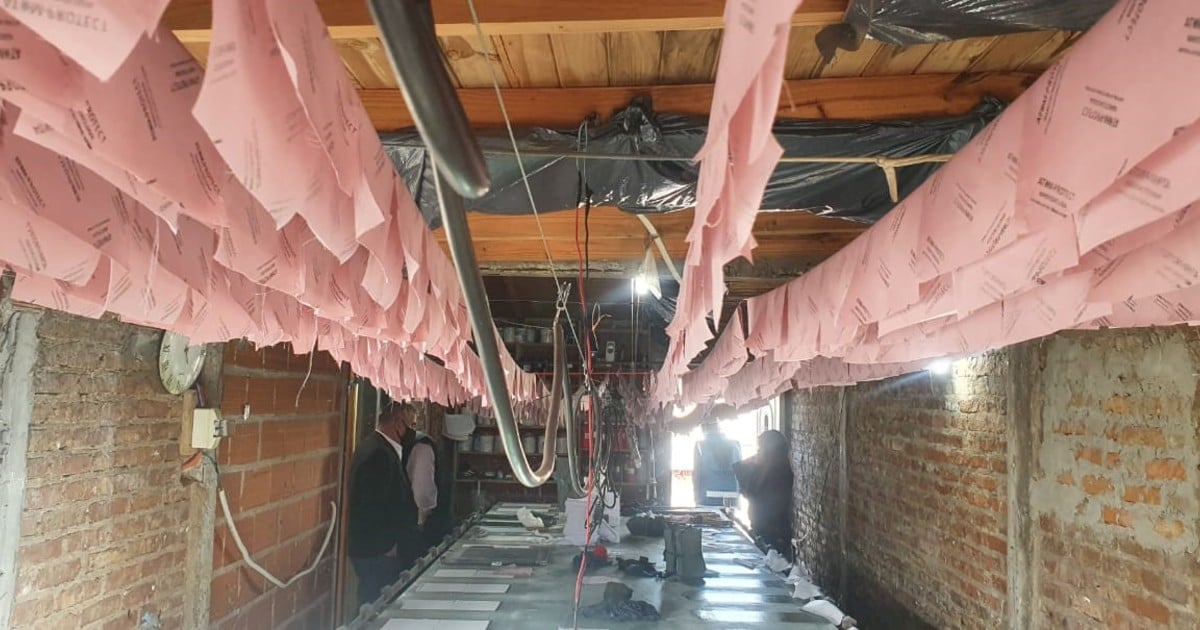 In an abbreviated trial, this Thursday he was sentenced to two years in prison on hold to the three of those accused of producing, distributing and marketing trout chinstraps Atom Protect with the Conicet logo.

This was reported this Thursday by the Public Prosecutor’s Office of the City of Buenos Aires. The judgment It is known when two days are missing until one month of the operations that culminated with five detainees and the discovery of 50 thousand trout chinstraps ready to sell.

To the three defendants who arrived at the shortened trial, and, therefore, accepted their responsibility and acknowledged the facts, convicted them of the crimes of “fraud and fraud to the public administration “.

This is how they had the Atom Protect chinstraps with the Conicet logo.

Also for the crimes of “violation of the measures adopted by the competent authorities to prevent the introduction or spread of an epidemic” of coronavirus.

In addition to the two years in prison suspended, those convicted must serve Standards of Conduct and respond to judicial requirements. The conviction was handed down by Judge Carlos Aostri, head of Criminal, Misconduct and Misconduct Court No. 19.

The MPF statement detailed that “the judicial decision represents a preceding novel jurisprudential, because it affirms the criminal jurisdiction of the CABA in full “.

The cause had started ex officio when the prosecutor Carlos Rolero Santurián, in charge of the Special Prosecutor for Environmental Matters, learned that Atom Protect trout chinstraps were being sold.

The prosecutor Rolero Santurián decided to call a testimonial statement to the manager of the company that manufactures Conicet, which was established as whistleblower in the case and provided information on the procedures for making and distributing the original chinstraps.

They sold them for almost half the value of the original.

An investigation by the Judicial Investigations Corps and the Complex Computer Crimes and Special Operations Division of the City Police discovered the existence of a network that manufactured, stored, distributed and sold apocryphal chinstraps.

At a glance, the face masks were similar to those of the Atom Protect firm, but they did not have the protective properties of the original or the security measures required by the ANMAT, nor its authorization.

11 raids were made to disrupt the gang.

Thus, on June 3, 11 simultaneous raids in the city and province of Buenos Aires: they seized more than 50,000 apocryphal chinstraps ready to be sold, machinery and raw material for their production.