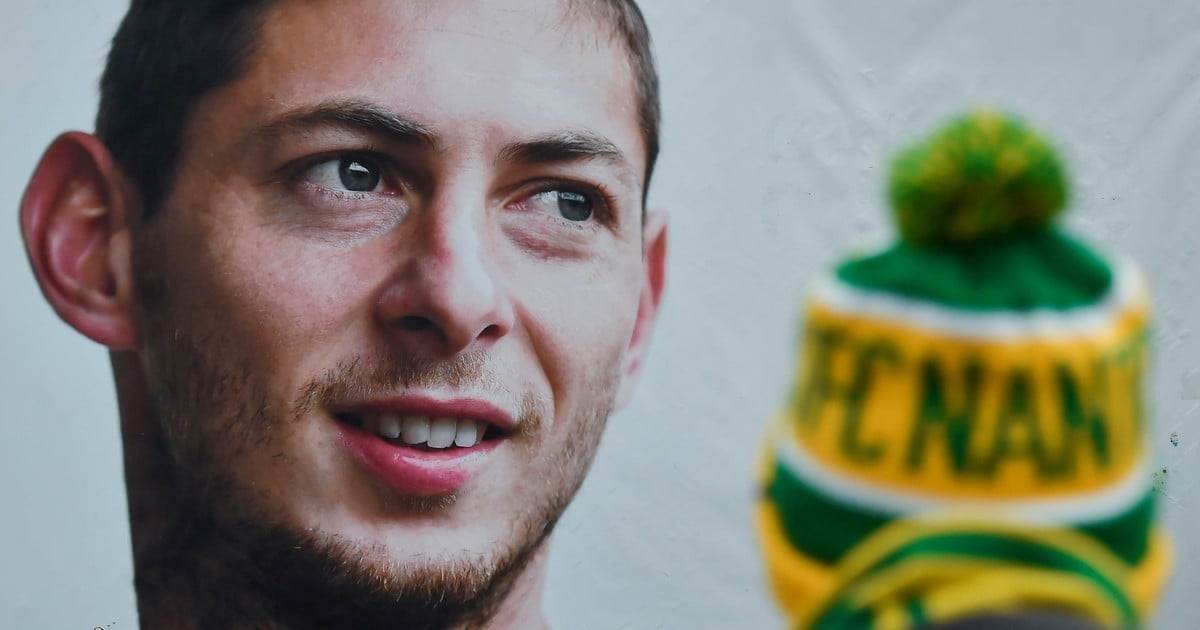 On January 21, 2019, Emiliano Sala He was traveling from France to Wales to join Cardiff City, a Premier League team, when the small plane that was carrying him fell into the waters of the English Channel, in a tragedy that took two years of the occurrence gave indications that do not come to give full certainty of what happened on that flight in which the Argentine died.

In addition to the footballer, he also passed away the plane’s pilot, David Ibbotson, whose body was not recovered from the wreckage of the aircraft, which did happen with the corpse of the passenger.

The British Justice investigates both the causes of the accident and the commercial process of hiring the charter that, in a small Piper PA-46 Malibu, led to Emiliano Sala since Nantes to the capital of Wales to join the squad of the Cardiff city and face the second part of the 2018-19 Premier League season.

Cardiff city had agreed with Nantes the payment of 17 million euros for the pass of the Argentine attacker, who in turn had already signed a contract that was going to unite him for the next four seasons to the British club.

For Emiliano SalaAt 28, it represented the biggest step in his sports career, despite joining a team that was fighting for permanence, so much so that he could not save himself from relegation at the end of that season.

When the Argentine was about to join, Cardiff City had 19 points and was already on the decline, but above him there were four teams outside the red zone just three units away (Newcastle, Burnley, Southampton and Crystal Palace), for so his chances of not losing the category were tangible.

The ship Geo Ocean III that participated in the search for the plane in the English Channel. (AP)

For this the Welsh club had thought of Emiliano Sala, since with 19 goals scored in 23 rounds, it was one of the teams with the worst offensive efficiency in the tournament: the Argentine had been clearly growing in Ligue 1.

In 2018 it had been uncovered as the great revelation of France, after having scored 12 goals with Nantes in the first half of the season, only two less than Kylian Mbappé had scored.

What happened on Emiliano Sala’s flight

The plane I was traveling on Emiliano Sala when he suffered the accident that cost him his life, Jan 21, 2019, It did not have the necessary licenses to operate commercially, nor did the pilot who was in charge of the aircraft, as revealed this Friday by the final report by the United Kingdom Air Accident Investigation Branch (AAIB).

Images of the wreckage on the seabed. Photo: AFP.

The AAIB investigation revealed that pilot David Ibbotson, 59, lost control of the aircraft in which he was traveling with Sala, 28, when they were crossing the English Channel on a flight from Nantes toward Cardiff.

According to the report, loss of control occurred “during a manual flight turn, which was probably initiated to regain visibility due to weather conditions”, which was “more likely” to occur due to the flight “was not carried out in accordance with the safety standards applicable to a commercial operation”.

“Later, the device broke in flight while maneuvering at a significantly higher maneuvering speed than it is designed for, “the report added. Furthermore,” the pilot was likely affected by carbon monoxide poisoning. “

To all this are added other factors, such as the flight was not carried out in accordance with safety regulations. The pilot operated “visual flight at night in bad weather conditions, despite the fact that he had no training in night flight and lacked recent experience in instrument flight.”

According to the AAIB, Ibbotson had no prior training to fly at night and his SEP license, which allows him to fly a single-engine plane, had expired three months before the accident. In addition, the pilot received a payment for that trip, something to which he was not authorized by his license.

The investigation published this Friday concluded that both Sala and Ibbotson “probably” suffered poisoning by inhalation of carbon monoxide as the plane, a single-engine Piper PA-46-310P Malibu, crashed into the sea.

The inspections carried out on the aircraft did not eliminate the risk of carbon monoxide poisoning and “there was no active detector on the aircraft that could have alerted the pilot to the presence of CO2 in time to take mitigation measures,” the report stated.

The Piper Malibu in which Emiliano Sala was traveling when the aircraft fell into the sea.

Search teams began raking that night just moments after they lost contact with him. Piper malibu, but they were only able to locate the remains 14 days later.

There was only one body in the fuselage of the plane, which in the autopsy was found to be Emiliano Sala. The last contact that the Argentine had with his environment was in flight, through a WhatsApp audio that, put in context, anticipated the tragedy.

“Hello, little brothers! How are you crazy crazy? Brother, I’m dead. I was here in Nantes doing things, things and things and it does not end any more and it does not end any more … So nothing, guys. I’m up here on top of the plane, which looks like it’s about to fall apart and I’m leaving for CardiffYes, tomorrow we will start, in the afternoon we will start training with the new team. How are you guys doing? All good? If in an hour and a half they don’t have news of me, I don’t know if they’re going to send someone to look for me because they won’t find me but … You know. Father! How scared i am“.

Barely a minute lasted the message that Emiliano Sala He sent his friends from above the plane that was to take him from Nantes to Cardiff and ended up at the bottom of the English Channel.

‘If you are vaccinated, you can enter’: how is the ‘covid badge’ proposed by Israel to access restaurants and gyms

The EU was just too cumbersome to negotiate