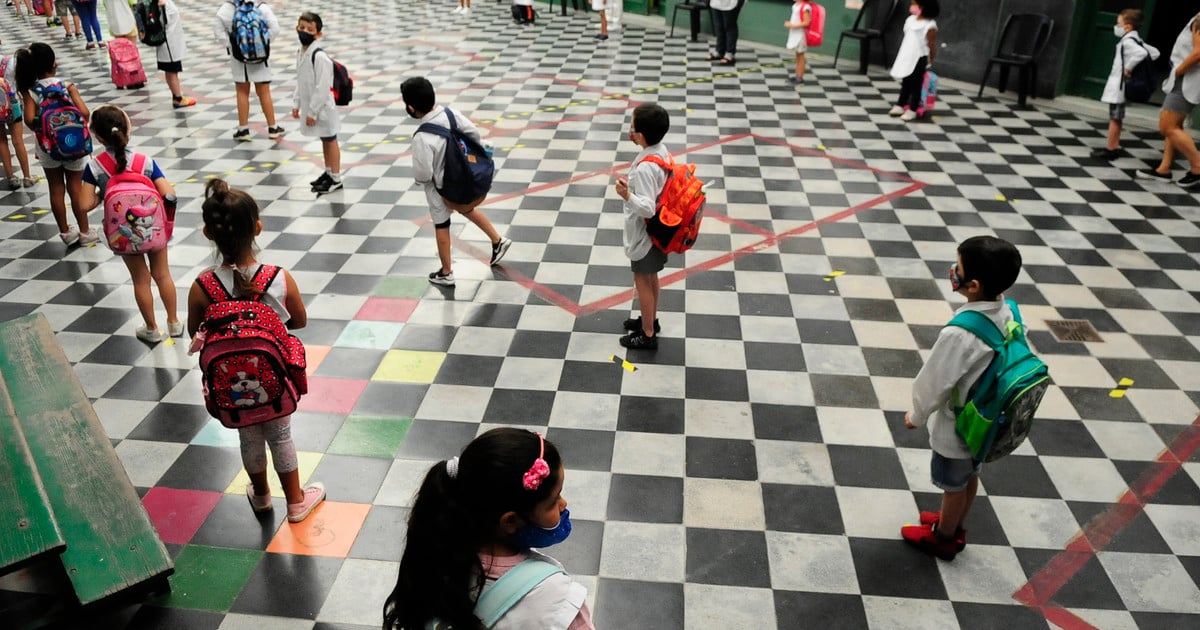 Two teachers unions of the City of Buenos Aires announced that they will continue unemployment that began last Monday to demand the suspension of face-to-face classes.

Is about UTE-Ctera and Ademys, the two most combative in the sector. Sadop, for its part, reported that it will maintain “a strict virtuality”, as well as CAMYP.

This measure was taken after, despite the new ruling of the federal Justice, in which the Buenos Aires government is ordered to await the resolution of the Supreme Court. the administration headed by Horacio Rodríguez Larreta decided not to abide by it and that the children continue in the classrooms.

“Until the Court is issued, the schools in the City of Buenos Aires continue with the dictation of face-to-face classes“, informed the Buenosairean Government in an official communiqué, in the night of this Tuesday.

In this way, the City ignores the ruling of the Federal Administrative Litigation judge, Esteban Furnari, who had ordered the suspension of face-to-face classes until it was the highest court who defined the substantive issue.

The word of the guilds

“Thousands of teachers, students and family members were infected from the beginning of the face-to-face classes and from our organization we were denouncing with various measures the media fiction that is built from the management “, denounces the UTE statement.

In it, “a Teaching Strike against the presence proposed by Larreta” is called, because “health and life are a priority”.

In that sense, Eduardo Lopez, Secretary General of UTE, recalled that “in Germany schools close if there are more than 200 cases per 100,000 inhabitants in the last week, and here there are 1,100.”

“You can have political differences, you can campaign, you can have ambitions but there is a limit which is health and life of the population, you don’t play with that ”, added the union leader in statements to C5N.

The City Government headed by Horacio Rodríguez Larreta continues not to comply with the measures to protect the health of the population of the CABA and maintains a “presence” that is far from being a reality. pic.twitter.com/Je4od5w5bz

Jorge Adaro, Deputy Secretary of Ademys, said that “the move to virtuality is necessary and urgent at this time,” and his union had already reported that the force measure would continue on Wednesday even before the City’s refusal to abide by the new court order.

“Larreta and Acuña consolidate the teacher rebellion in CABA. Tomorrow again it will be a great place! “, he harangued from his social networks.

Ademys demands “vaccines for everyone, equipment and connectivity, emergency admission, no dismissed teachers, and a solution to the transportation problem.”

Sadop will support the measure that it had announced last Monday, when the measures of force of the different unions began: “We announce a measure of retention of face-to-face tasks. We are committed to virtual pedagogical continuity until April 30 to continue taking care of each other “.

Meanwhile, this Tuesday, when the finally ignored ruling that urged a return to virtuality was known, in many Buenos Aires neighborhoods the saucepans of the neighbors who want their children not to miss more days of face-to-face classes rang.

During the spontaneous demonstration, the deep rift that divides society in this regard was even reflected, with shouts and insults from balcony to balcony between those who think that children can be sustained in classrooms respecting health protocols and those who believe that it represents an epidemiological risk in the middle of the second wave of infections.

An 83-year-old James Bond, on his way to the Oscars with the help of two Spanish production companies

Football There is a small community in Vietnam where women work in rice fields and play football in traditional costumes: “It hurts all muscles”