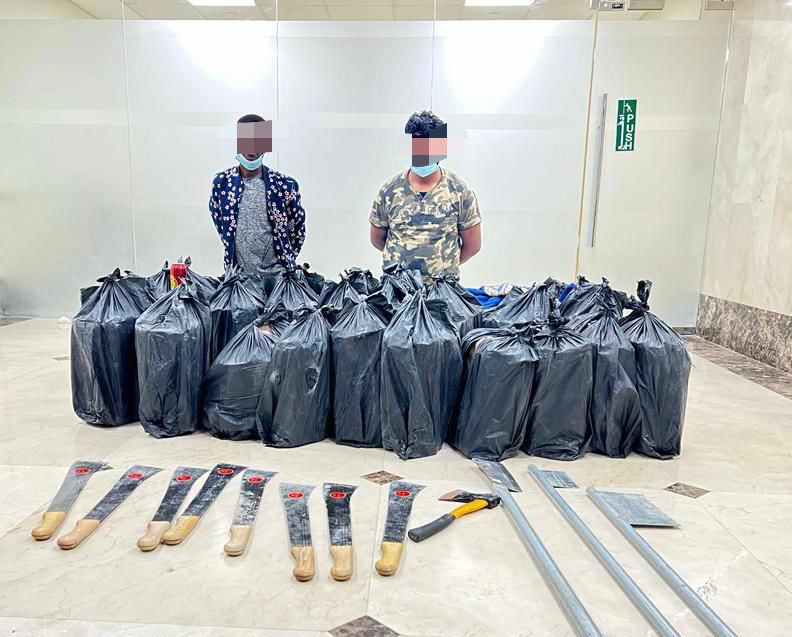 The “Al Mirsad” branch in Al Dhafra, affiliated to the Al Mirsad Department of the Special Patrols Department of the Criminal Security Sector of Abu Dhabi Police, arrested two Asian and African people selling contraband and in possession of knives.


The Department of Patrols of the Criminal Security Sector had received information from its security sources about the incident and formed a search and investigation team to detect the perpetrators, pursue them, arrest them and raid their site “in accordance with the approved legal procedures”, which resulted in their arrest and the seizure of the white weapons in their possession.


Abu Dhabi Police affirmed its keenness to limit violating and prohibited activities and practices that would harm individuals and society in general, and urged community members to report through the official channels of the Abu Dhabi Police General Command if such practices are suspected.

Colombian was arrested in Russia for protesting: this will have to be done