Two people died in a Tesla accident without a driver 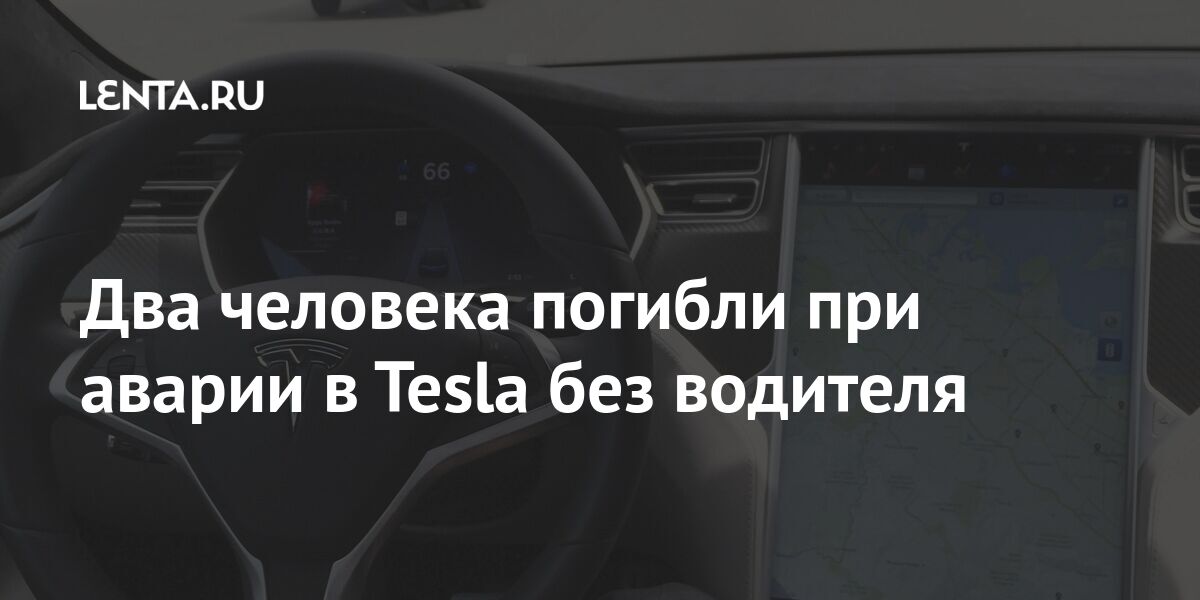 Two people died in an accident in a Tesla electric car on autopilot in Texas, USA. This was reported by The Wall Street Journal, citing Harris County Police.

The accident happened on Saturday, April 17th. The electric car crashed into a tree at high speed, not fitting into the corner. After that, Tesla caught fire, the fire was extinguished for about four hours.

As a result, two people died, with one victim in the front passenger seat and the other in the back.

“The preliminary investigation has not yet been completed, but indicates that no one was driving the car. We are 99 percent sure of this, ”said District Police Officer Mark Herman.

Tesla did not respond to a newspaper request for comment.

In 2019, a resident of the American state of South Carolina, Omar Awan, was burned to death in a rented Tesla electric car after an accident. A 48-year-old man lost control and crashed into a palm tree. As a result of the accident, the car’s lithium-ion battery caught fire, fire and smoke filled the interior.

In March 2017, two Tesla Model S vehicles burned down at a Supercharger charging station in Shanghai. The ignition occurred in one of the cars, after which the fire spread to another electric car parked nearby.

The United States planned to test the SM-6 anti-missile

Perfume for the tax office: the scent of fresh banknotes