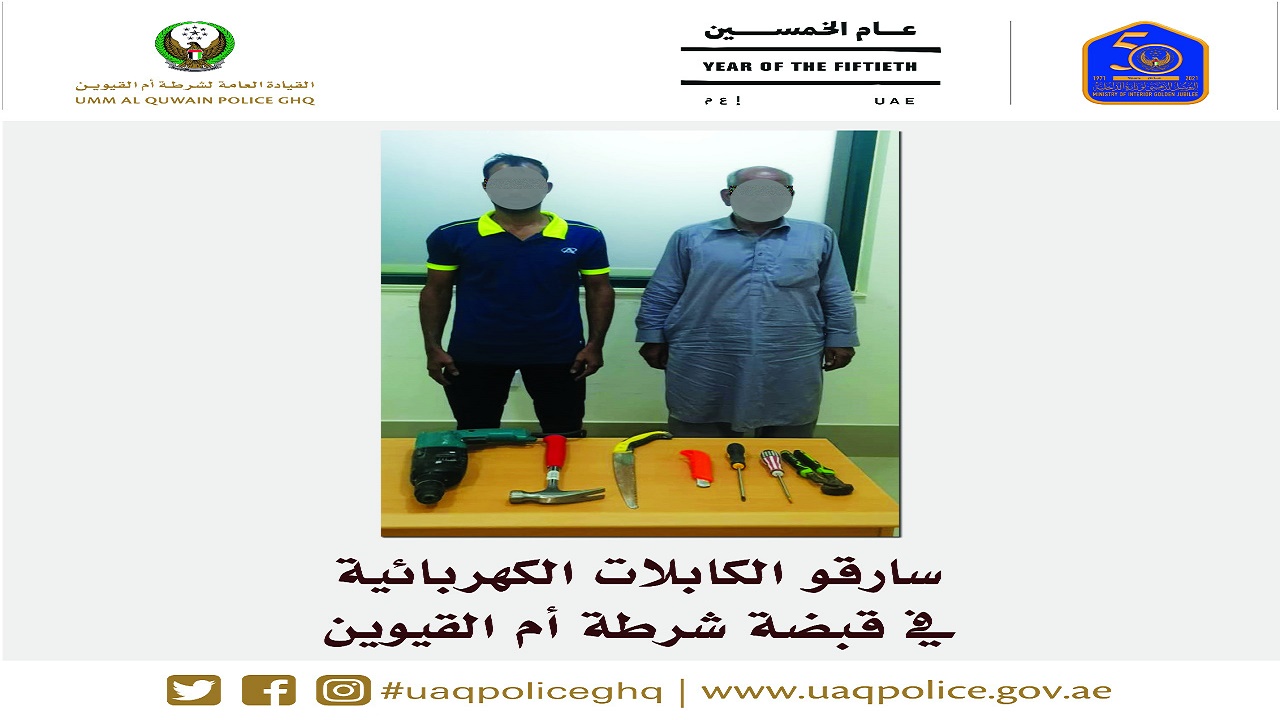 The Department of Criminal Investigations and Investigations at the General Command of Umm Al Quwain Police managed to arrest two people of Asian nationality who specialized in stealing electrical cables from different locations in the Emirate.

Colonel Saeed Obaid bin Aran, Director of the Department of Criminal Investigations and Investigations, said that several reports were received from the Comprehensive Police Stations Department about the theft of electrical transformer wires from several locations in the Emirate of Umm Al Quwain. With the application of some effects to an Asian person, a research and investigation team was formed from the Theft Branch of the Investigation Department. Within 48 hours, the team was able to arrest the main suspect in possession of the tools and equipment used in the theft and that he sold electrical wires to another person working in the scrap and scrap trade. After the persons confessed, the evidence was completed with them in preparation for their presentation to the Public Prosecution.

The Director of the Department of Criminal Investigation and Investigation appealed to all companies and project implementers to take all security measures to protect their work sites from theft or sabotage, calling on community members to be vigilant, monitor their property and report any observations or suspicion of any threat that may affect the security of society.