Two killed in a Tesla accident in Texas: I was ‘with no one behind the wheel’ 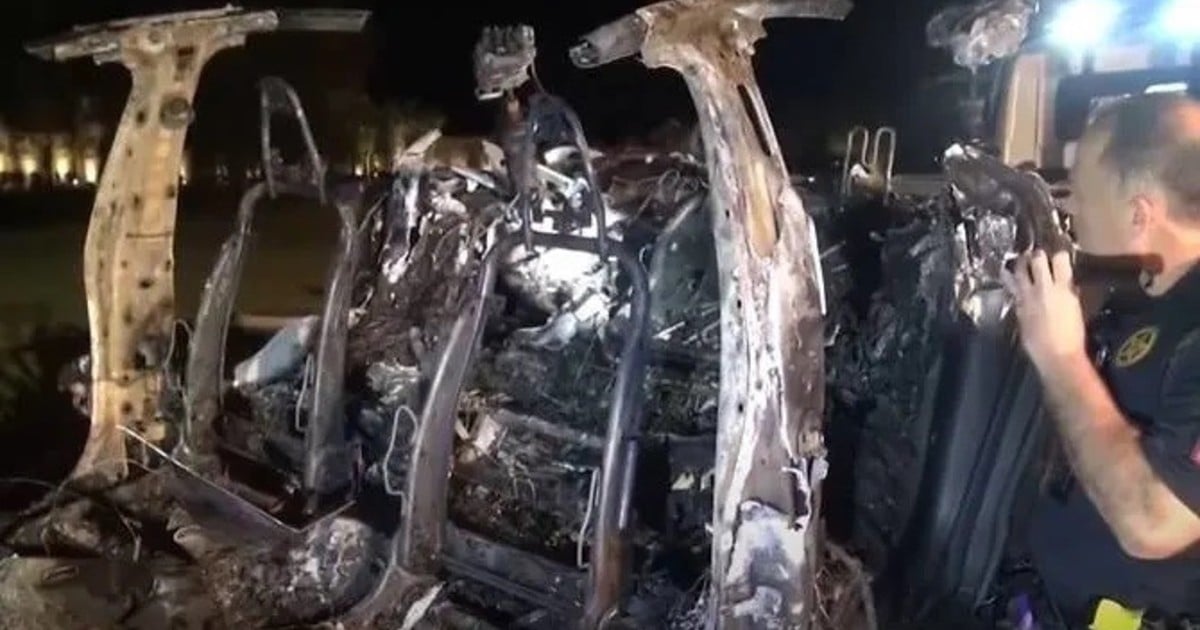 Two people died last Saturday night in the accident involving a Tesla vehicle that was driving with no one behind the wheel in Harris County (Texas, United States), authorities reported.

One of the deceased was in the passenger seat and another in the back seat and the authorities assured this Sunday that they have “99.9%” certainty that “no one was driving the vehicle at the time of impact”.

The Tesla crashed into a tree on a high-speed curve in Harris County, north of Houston, and it took firefighters four hours to put out the blaze.

Investigators are trying to determine if the “airbags” were deployed and if the vehicle had assisted driving activated, an intelligent assistance system that Tesla markets as “autopilot” or “Autopilot”.

A Tesla model 3, during an exhibition in Shanghai. Photo: AFP

Tesla asks its drivers to be aware of driving at all times to take control of the vehicle and invite you to activate the smart assistance system, as it is safer than driving without it.

The accident occurs when Tesla is beginning to test with some of its drivers a system of “total autonomous driving”, although it also asks that the driver keep his hands on the wheel at all times.

Some experts have criticized the company for using terms like “automatic pilot” and giving a false sense of autonomy on the part of the vehicle.

The United States Highway Safety Agency (NHTSA) is studying the possibility of imposing regulations to ensure the attention of drivers behind the wheel, as new driving automatisms are implemented in the automobile industry. motor.

NHTSA investigates more than twenty Tesla electric vehicle accidents during use of the assisted driving system.

The CEO of Tesla, Elon Musk, has defended the safety record of his electric vehicles and this week assured that driving assistance allows a “10 times lower” chance of an accident.

The CEOs of Ford, Jim Farley, and Tesla, Elon Musk, once again exhibited their rivalry on Twitter days ago and that of their companies, with a couple of tweets in which darts were thrown at the autonomous driving systems of their companies. vehicles.

The trigger was a message posted on Wednesday on that platform by Farley, with a video about the capabilities of Blue cruise, Ford’s driver assistance system, which anticipates the arrival of autonomous vehicles.

Farley accompanied the recording of the text: “BlueCruise! We’ve tested it in the real world so our customers don’t have to do it.”

Farley’s tweet was interpreted by many Tesla followers as a reference to his Autopilot system, which has been criticized for not being fully developed and which uses drivers to complete its optimization.

The PP demands responsibilities from PSOE, Cs and Podemos after the file of the complaint by South Connection

BBVA does not reduce the ERE but undertakes to relocate the 3,800 laid off