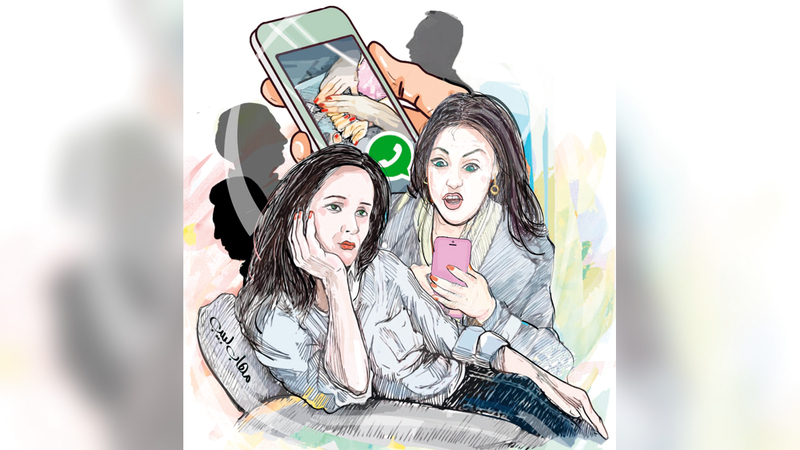 Two girls (from an Arab country) tried to take revenge on an (Arab) man by claiming that he photographed their bodies forcibly through threats, and investigations revealed their lies, and their attempt to implicate the man judicially, due to the existence of quarrels and disputes between their families, and the Civil Court of Ras Al Khaimah rejected the civil lawsuit that he filed The plaintiff to claim compensation for the material and moral damages he sustained as a result of the false report submitted against him, as there was no fault or abuse on the part of the author (the father of the first girl, and the brother of the second girl).

In detail, an (Arab) man filed a lawsuit before a total civil court, in which he stated that the defendant falsely informed the competent authorities to deliberately harm him, and claimed that he had exposed two girls and photographed their bodies with his mobile phone by threatening, and threatening the defendant’s wife, which led to his arrest in prison. Central Bank for two months, and prevented him from traveling after his release.

He explained that the defendant decided, in the investigations of the Public Prosecution, that the report submitted by him was incorrect, given the lies of his daughter and sister, and that the plaintiff was known for his good reputation and good biography, and that the reason why he submitted the report against him was the existence of quarrels and family financial disputes between him and the mother of the defendant. He added that he suffered material and moral damages, as a result of submitting a false report against him, with the intent of harming him, noting that his services were terminated from his workplace after his arrest, because the accusation against him affects honor, and he was subjected to abuse of his reputation among his family, wife and children, and he was prevented from traveling and circulating He had to withhold his passport for four months, in addition to accumulating debts on him during the period of his arrest, due to his inability to pay the school fees for his children, demanding compensation for the material and moral damages he sustained as a result.

In its ruling, a total civil court confirmed that the court established that the defendant used his legitimate right to inform the police of what his daughter had told him of the plaintiff’s perpetration of the incident, as he was terrified because of that and went to the police, and submitted a report about the incident with his daughter and sister, who decided the validity of what was stated in The report, noting that what is established in the papers is that the defendant did not intend, when he reported the incident, to harm the plaintiff, and it was not proven that he knew his daughter and sister lied, and this was confirmed by the investigations in the case papers.

She added that the court considers that the defendant used his legitimate right to report the incident, and the papers were empty of evidence indicating his deviation from the use of this right to the extent of the litigation or epithet with the intention of harming the plaintiff, as the plaintiff did not provide evidence of this intention of the defendant when informing him About the incident, as the case papers were empty of that.

She pointed out that the court concludes that there is no error or abuse from the defendant in using his constitutionally guaranteed right to report and litigation, which collapses with which the elements of responsibility for the harmful act collapse, and with him the case for compensation becomes filed without a basis from reality and the law and worthy of rejection, and it decided to reject the case The plaintiff obligated the fees, expenses and attorney’s fees.