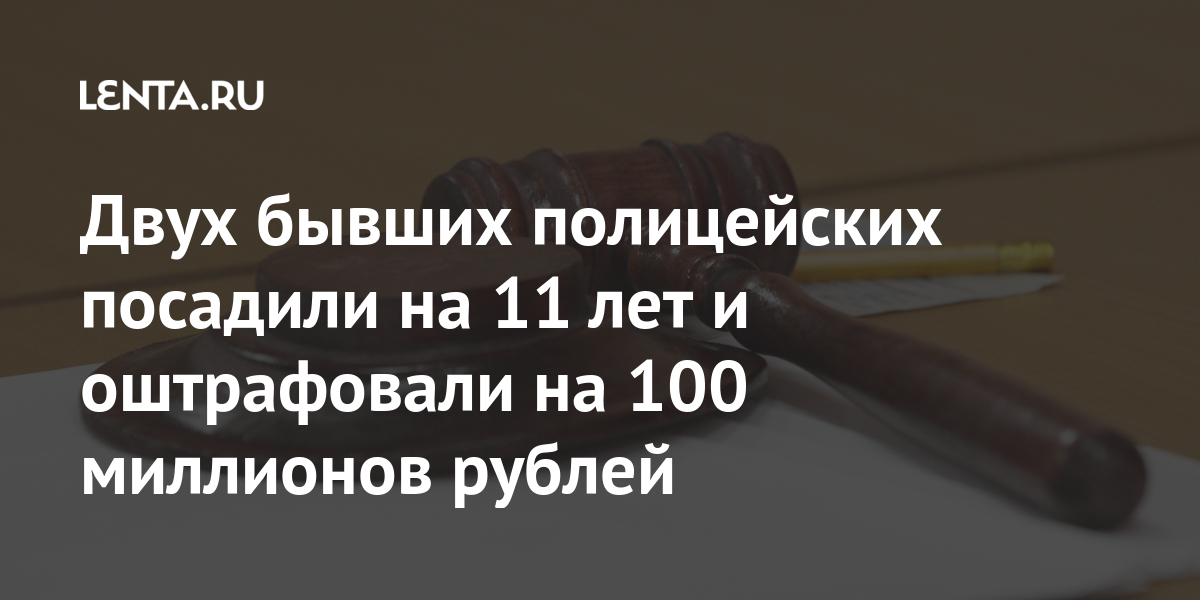 The Moscow City Court sentenced two former police officers to 11 years in a maximum security penal colony on charges of taking bribes worth 15 million rubles. It is reported by RIA News with reference to the press secretary of the court Ulyana Solopova.

According to her, ex-fighters against corruption in the ranks of the capital’s police, Dmitry Ataev and Yevgeny Kashmatov, were found guilty of accepting a bribe on an especially large scale. The court also ordered the former police officers to pay a fine of 100 million rubles each.

It is noted that Kashmatov headed the department that is engaged in the fight against tax crimes in the fuel and energy complex. For 15 million rubles, the former police officers had to stop checking the company.

Earlier, employees of the regional department of the Federal Security Service (FSB) detained an Interior Ministry colonel in Simferopol for a large bribe of 7.5 million rubles. Olga Postnova, Senior Assistant to the Head of the Regional Directorate of the Investigative Committee of Russia (TFR), said that in February, the entrepreneur, through intermediaries, asked the head of the Investigative Directorate of the Ministry of Internal Affairs for assistance in terminating the investigation into the fraud case. The policeman agreed to help for a monetary reward.

Hugh Jackman gets vaccinated against coronavirus: "Wolverine can't save me"

If On A Winter’s Night, Four Travelers is a sumptuously grim little mystery