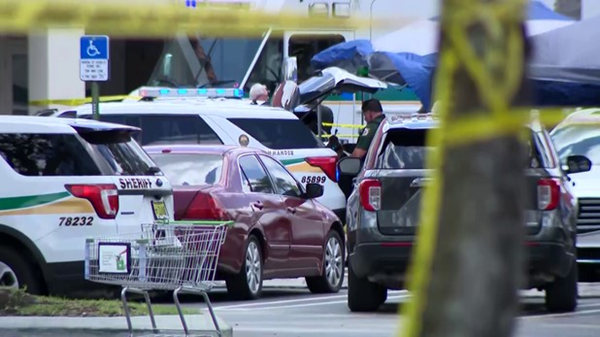 A man on Thursday killed an adult and an infant before killing himself in a Florida supermarket, an operation that follows a series of recent mass shootings in the southern US state.
The Palm Beach County Sheriff’s Office said the shooting took place inside a “Public” supermarket in Royal Palm Beach, 130 kilometers north of Miami.
“On their arrival, the (police) officers found three people who died of gunshot wounds,” the police wrote on Twitter.
Sheriff’s spokeswoman, Terry Barbera, confirmed to AFP that the shooter later pointed his gun at himself.
Lynn Waterman, 61, was buying cigarettes when she heard the shooting.
“Everyone ran out of the store, and I was standing in the parking lot wondering: ‘What am I doing here?’ The attacker could come out and shoot us,” she told the local newspaper, Sun Sentinel.
This comes after a series of killings in South Florida in recent days.
Three people were killed and five injured in Miami, in a shooting during a festive event that followed a graduation party.