Two dead in a train-bus accident in Egypt 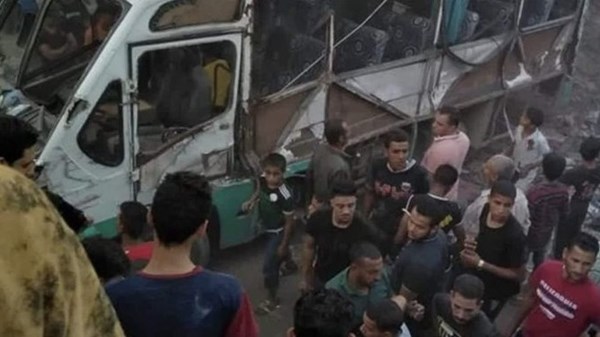 The Ministry of Health and Population in Egypt announced, on Monday evening, that two people were killed and six others were injured in a freight train collision with a transport bus in Helwan, Cairo Governorate.
Dr. Khaled Megahed, Assistant Minister of Health and Population for Information and Awareness and the official spokesman for the ministry, explained that immediately after the accident, ambulances were sent and transported the injured to two hospitals in Helwan.
The ministry spokesman pointed out that the injuries were minor and varied between fractures, bruises and abrasions in different parts of the body.
And media outlets quoted the Egyptian official as saying that all the injured are receiving the necessary treatment and medical care in hospitals until their health condition improves and they recover.
The bus was carrying about 30 people.