Two dead in a collision with a Tesla self-driving car 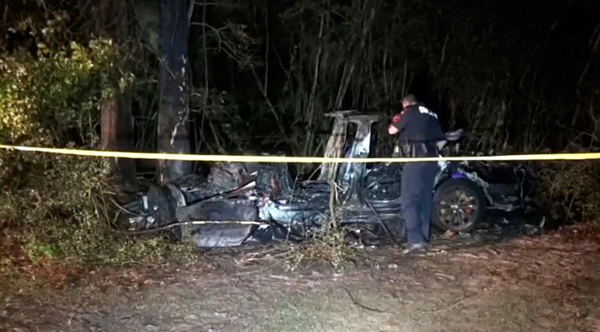 US media reported that two men died in a Tesla car collision, and police believe that no one was behind the wheel.
One of the men was in the passenger seat and the other in the back seat when the car veered off the road, crashed into a tree and caught fire, the Wall Street Journal and The New York Times reported, citing a Harris County, Texas, police spokesman.

According to preliminary investigations, police are “99.9 percent sure” that there was no driver behind the wheel at the time of the accident, according to the Wall Street Journal.
The newspaper reported that authorities were still investigating whether the driver assistance program was running.
Official Tesla operating instructions state that the autopilot job in its cars reduces the driver’s workload, but it should be done along with a driver who is fully alert with his hands on the steering wheel and ready to take on the job.
Although the car’s capabilities have become more powerful over time, this does not mean that the driver can be dispensed with so far.

Formula 1 | Valtteri Bottas, who survived the wild Kolari with impunity, knocked out George Russell's theory: "I lost my foil cap to something"

WHO welcomed Joe Biden’s support to suspend patents on vaccines