Two children (0 and 4) died after an accident in Chaam, it is not yet clear how the car could drive into a tree 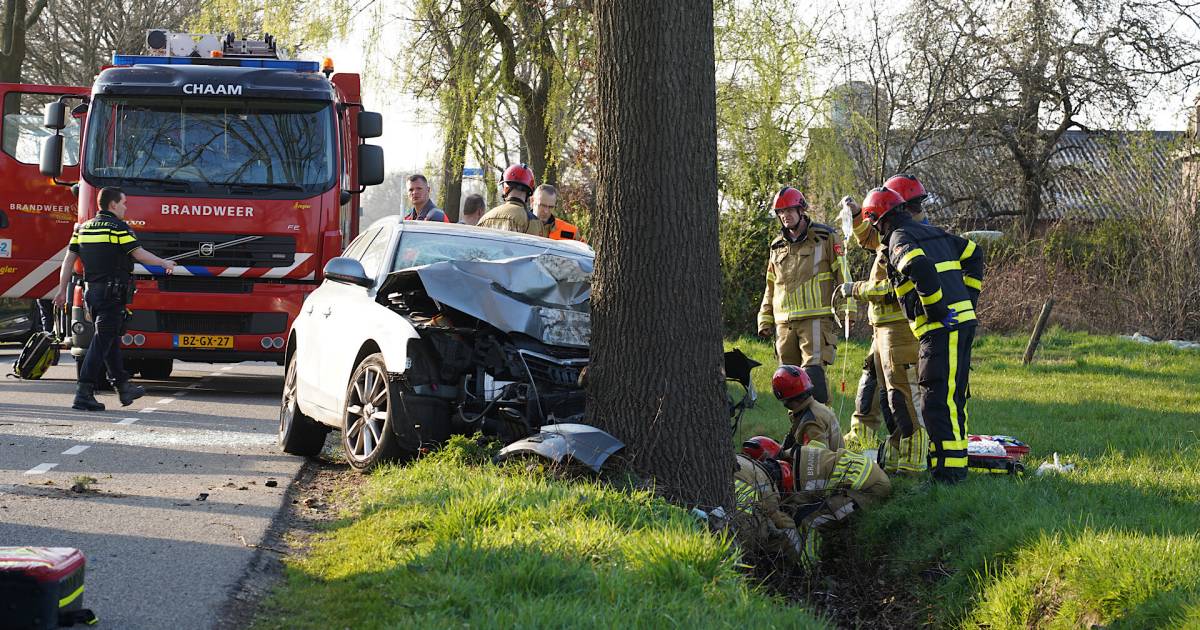 CHAAM – After an accident on the Oude Bredasebaan in Chaam, a child of four and a child of less than one year old died on Saturday. The driver of the car and another young child were injured. It’s about a family. It is not yet clear on Sunday morning how the accident could have happened.

The driver crashed into a tree around 4.50 p.m. on Saturday. It is not clear how this could have happened on an almost straight road.

Traffic specialists from the police will further investigate the circumstances, whereby the statement of the driver is of great importance. Because of her (mental) health and the dramatic situation she is in, this interrogation will only take place later.

The victims are all occupants of the car and part of the same family. The four-year-old child was resuscitated by paramedics, but died on the spot. At around 10:45 p.m., the police announced that a child, less than one year old, had also died. He or she later succumbed to injuries in hospital. The mother and the other child were injured. The injured child is also under five years old.

Emergency services rushed out after the accident. Two air ambulances and four ambulances arrived at the scene. The fire brigade and police were also present.

Jan Brenninkmeijer, acting mayor of the municipality of Alphen-Chaam, expressed his deepest sympathy on Facebook. “My thoughts are with the mother, the other child and their family.”

“Words always fail. I try to share in the grief, but that doesn’t take away the pain of the loss either. I sincerely hope that mother and the other child will soon recover and that they will receive a lot of support and experience in processing the terrible drama that happened to them. I am close to them in thought. It’s not much, but at least it’s something you and I can do as residents of Alphen-Chaam,” says Brenninkmeijer.

Victim Support has been called in by the police to assist the witnesses if necessary. The police also expressed their deepest sympathy for the family. “Family agents are deployed from the police to maintain contacts between the investigation team and the relatives and to assist them in all kinds of ways during these difficult times.”

See also  Two years after the start of the confinement, Wuhan is still far from normal

Watch our most viewed videos here

See also  In Zelensky's speech, Ukraine and the West become one