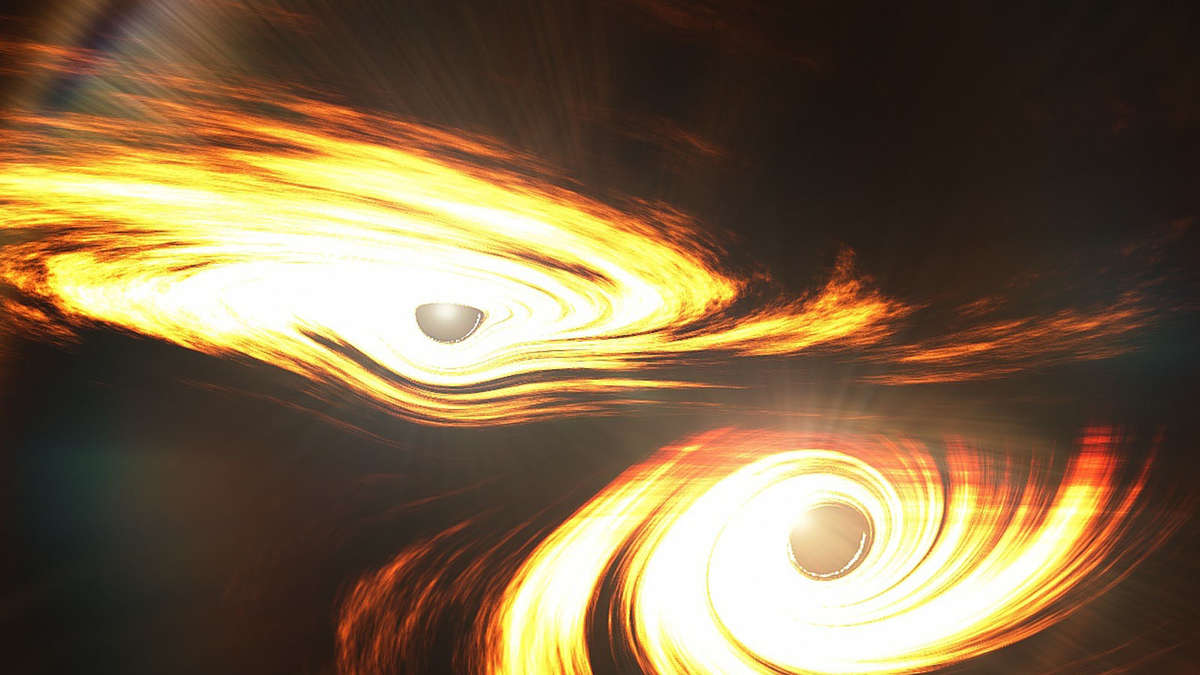 Two black holes collided in space. Never before has a person been able to observe such a process.

Pasadena – Black holes pose a mystery to science (* Merkur.de reported). How do they come about? What is hidden inside? Science has been looking for answers to these questions for decades. Now researchers have been able to observe something that has never before been observed by a human being: the collision of two black holes, the collision of which was so violent that an unimagined energy was released into space.

“It’s the biggest bang that mankind has ever seen since the Big Bang,” explains Alan Weinstein, an astronomer at the California Institute of Technology, to the US magazine “Popular Science”. He was part of the team that discovered the colliding black holes. The scientist hopes that his find will provide clues as to why the universe looks the way it does.

The black hole collision occurred about seven billion light years away from Earth. The two massive celestial objects merged to form a new black hole. The energy released was so enormous that it caused a disturbance in the cosmos.

This is the first time a medium-sized black hole has been sighted as a result of a fusion. It is 142 times the size of the sun. The results of the discovery were published in Physical Review Journals released.

The effects of the collision can also be demonstrated here on Earth. Because: The space-time continuum expanded due to the released energy, collapsed and vibrated, creating gravitational waves that measurably reached our home planet on May 21, 2019. A There is a photo of this newly created black hole* Not.

The researchers were able to determine the noise for this. The signal with the designation “GW190521” lasted only a tenth of a second and was unexpected for the researchers. A similar signal was only measured in 2015 from the collision of two other black holes. Compared to its sound, which resembled a deep chirping, the new noise was higher.

What was also new for the scientists was that the heavier of the two colliding black holes was in what is known as the “pair instability” and yet had a mass of 85 suns. However, according to Alan Weinstein, a star that collapses should “not be able to create a black hole in the range of 65 to 120 solar masses”.

The reason for this is “that the most massive stars are wiped out by the supernova that accompanies the collapse”. The astronomer nevertheless has a possible explanation for the phenomenon, which is related to the theory of so-called hierarchical mergers. After this, light black holes initially merge with the star mass.

“They consolidate until they become gigantic black holes,” says Alan Weinstein, who looks forward to future observations with euphoria: “We have to look for more exotic events like this. And after exotic events like we’ve never seen them before. Wouldn’t that be great? ” * Merkur.de is an offer from IPPEN.MEDIA.

Ghosts' N Goblins Resurrection is also coming to Xbox One

Golf | Golf is now on the grounds of a super league: a PGA tour threatens top players with a lifetime ban if they grab a bait of tens of millions of euros