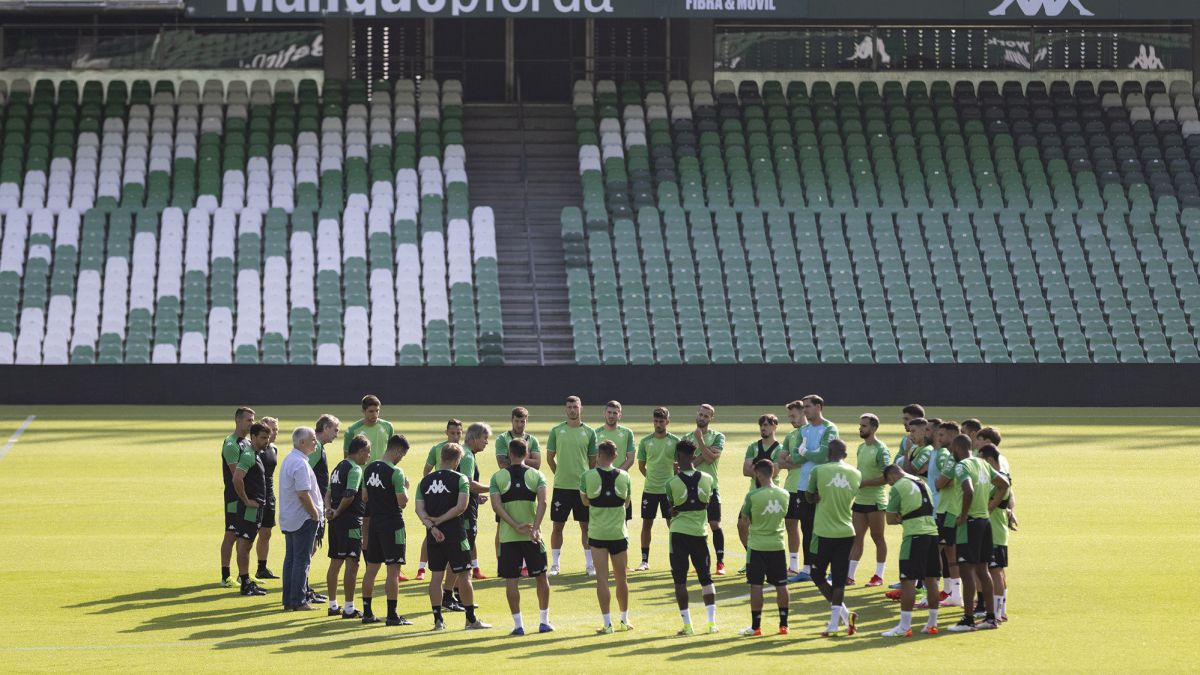 A Benito Villamarín in full dress to experience an official clash with fans almost a year and a half later. Manuel Pellegrini and Álvaro Cervera, two technicians who promote a handful of hopes in the pursuit of objectives that might seem utopian on paper. They seem enough ingredients for Betis and Cádiz to present their best arguments with the intention of plotting the first victory of this League. The benches center the focus of this stake. Pellegrini supports the project with a leadership that tries to keep his team away from chaos. Cervera does the same by drawing a story of honor that allows them to survive among the greats.

There will be more than 23,000 Betis fans in Heliópolis and that will motivate locals and visitors. It is the new reality for both of us. Betis wants to repeat their memories of last year against Cádiz when they won six points despite the multiplied suffering. Cervera’s men hope to repeat performances like the ones that gave them points against Real Madrid and Barcelona last season. It will play to reduce spaces to conquer them. And fears will reign in Villamarín. The ball will be green and white, Cádiz will wait its turn. Two antagonistic styles

In Heliópolis you look more at the market than at Cádiz. Everyone except Pellegrini, who does show a half smile when he sees that Pezzella arrives to reinforce a defense that already faltered in Mallorca. Montoya and Edgar aim to have continuity and Miranda will take over from Álex Moreno. The glances point to Guido, who must return to the core to accompany Canales and watch every threat against Cádiz. The attack exposes more doubts, although Rodri, Fekir and Ruibal could repeat as allies in three quarters to accompany Borja Iglesias. Juanmi, who already knocked down Cádiz last year, also opts for a place in that creative line that he will have so much task today in front of Cervera’s dynamic tactical system.

Cervera could repeat the eleven of the first day and the only doubt lies, a priori, in the position of right back. Akapo and Iza opt for the site. The rest should be the same, with Álex behind Negredo and with Choco Lozano lying on the right wing. The set of slates is served in Heliopolis. And both Pellegrini and Cervera want to give a touch of continuity to the search for their impossible dreams.