Twitter canceled 150,000 accounts linked to QAnon, the group of conspiracy theories that has Trump as a reference 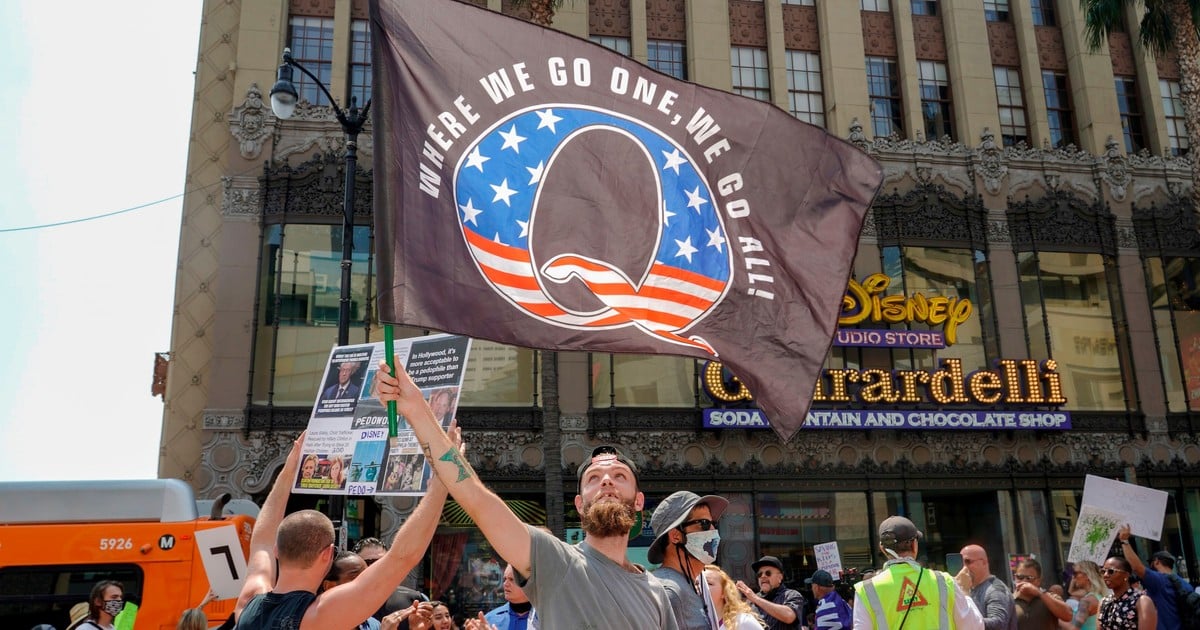 The social network Twitter announced on Wednesday that it canceled since last January 12, six days after the capture of the Capitol by the followers of the former president of the United States Donald trump, more of 150,000 accounts related to QAnon and his conspiracy theories.

According to the social network, the “vast majority” belonged to “real people”, some of them with various profiles, who “shared harmful content associated with QAnon on a large scale” and They ruled out that they were fake accounts that they emitted from abroad.

The Twitter sources to which the CBS chain had access have explained that the monitoring of this type of profiles, similar to that carried out against the international terrorism and child sexual exploitation, It had been taking place for the last year, but the assault on the Capitol on January 6 was the trigger to close many of them.

“That was the moment when we realized that the approach we had taken during the previous fall, of trying to reduce the influence of this movement, was not enough,” admitted one of the sources.

QAnon: the origin of a conspiracy theory

QAnon started in October 2017, when an anonymous user of the 4chan online message board began writing posts under the name Q Clearance Patriot. The person claimed to be a high-ranking official with knowledge of highly secret information from the inner circle of Donald trump.

Over two years and more than 3,500 posts, Q, whose identity has never been determined, presented a lengthy conspiracy narrative that claims, among other things, that Trump was recruited by the Army to run for president in order to disintegrate a secret society of pedophiles.

Anonymous posts were moved to 8chan, and are now on 8kun, a new website developed by the owner of 8chan.

Jacob Anthony Chansley, one of the Donald Trump fans who stormed the Capitol and a follower of QAnon’s crazy theories. Photo: DPA.

Some QAnon fans are conspiracy enthusiasts previously believed by other radical theories, such as the false accusation that the 9/11 terrorist attacks were “a self-attack.”

Yet many QAnon supporters are ordinary Americans who found in Q’s messages a source of partisan energy, a confirmation of their suspicions about powerful institutions, or a sense of special knowledge.

Reddit banned some QAnon groups from its platform in 2018, following a string of violent threats from members, and Apple removed a popular QAnon app from its app store. But other social platforms, such as Facebook, Twitter, and YouTube, still host a large amount of QAnon content.

Several supporters described QAnon as a “lifestyle” or a “religion,” and said it had become their main source for political news.

“It’s more cult-like than other conspiracy theories,” said Joseph Uscinski, a political science professor at the University of Miami.

With his core belief that the president heroically fights entrenched criminals, QAnon could be the ultimate manifestation of the spread of Trump-inspired conspiracies.

From the beginning, he was inexorably linked to the Make America Great Again online communities: The New York Times found last year that some 23,000 of Trump’s Twitter followers had referrals. to QAnon on their profiles.

Age of Empires event confirmed for the month of April

Fuenlabrada begins to write its “Odyssey” this day