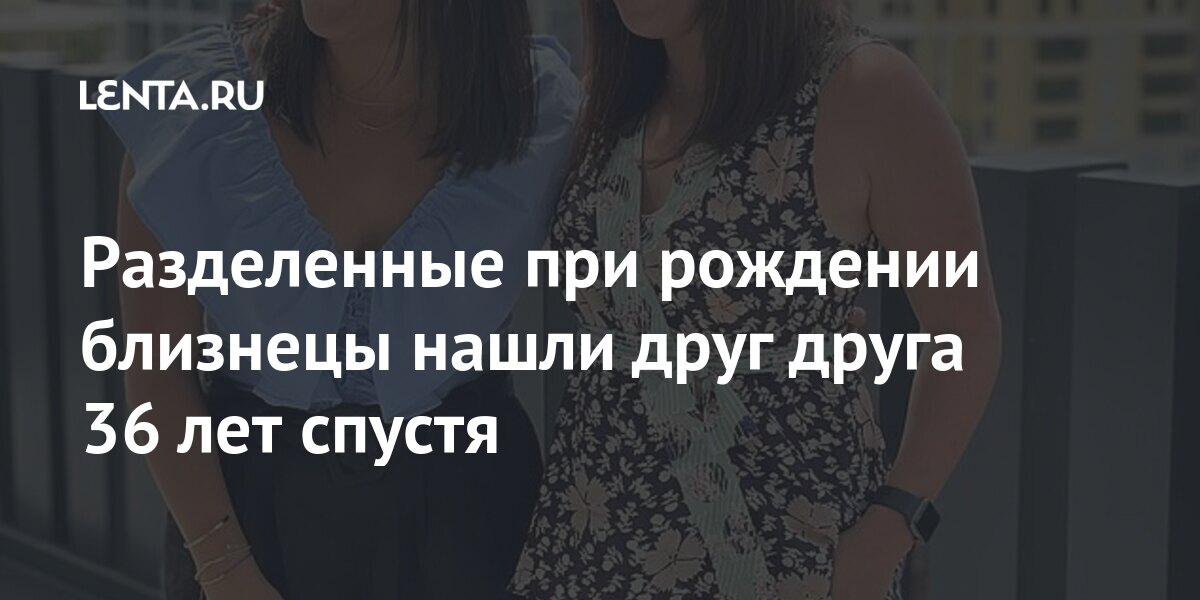 The identical twins from South Korea, who were separated at birth and sent to two different American families, found each other 36 years later and met on their birthday. It is reported by Good Morning America.

Molly Sinert and Emily Bushnell did not know anything about their birth, but then both women underwent a DNA test and were surprised to learn that they have a twin sister. It is not known why they decided to give the girls to the United States, but Sinert was adopted by a family from Florida, and Bushnell from Pennsylvania.

The women started socializing on social media and found that they both had cats in their homes, both wearing the same strapless dresses and choker necklaces at prom. “This is probably one of the many ‘twin’ moments we will discover,” Bushnell said.

The twins postponed their first face-to-face meeting until March 29, when the women turned 36. On the holiday, Bushnell flew with her daughter to her sister in Florida. “This is the happiest moment in my life. (…) The last 36 years of my life have been stolen from me, which I could have lived with my twin, ”the American admitted.

Earlier it was reported that former classmates from the American state of Indiana, several decades later, found out that they were twins separated in childhood. A DNA test confirmed their relationship.

Fedea criticizes that it is the communities that distribute direct aid