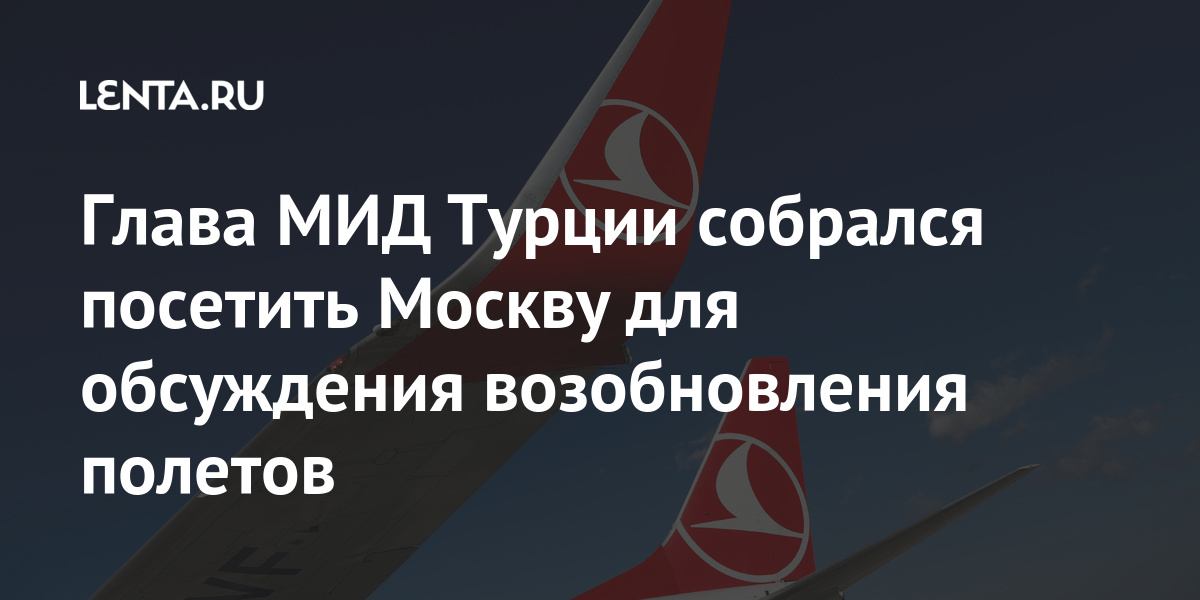 Turkish Foreign Minister Mevlut Cavusoglu announced that he would visit Moscow to discuss the issue of resuming flights between the two countries. It is reported by RIA News…

Cavusoglu noted that his visit will take place when the situation with the coronavirus in Turkey returns to normal. According to him, there is no point in such a trip now. At the same time, the head of the department emphasized that Ankara must definitely reduce the numbers on infection with the virus during Ramadan, until May 12.

The minister also said that there was no policy in the decision to restrict flights between the two countries due to the rise in COVID-19 cases. He added that Turkey has introduced additional restrictions, in case of violation of which its tourism sector will be at risk.

On April 15, the decision of Russia to limit air traffic with Turkey and to close the border with Tanzania for a month and a half came into force. It is clarified that flights to Tanzania, both charter and regular, will be completely stopped until June 1. At the same time, there will remain two flights a week between Moscow and Istanbul, which will be operated by Aeroflot (on Tuesdays and Fridays) and Turkish Airlines (on Mondays and Fridays).

According to the constitutional court ruling: Scholz is setting the pace in climate policy