Turkey withdraws from the European convention that addresses sexist violence 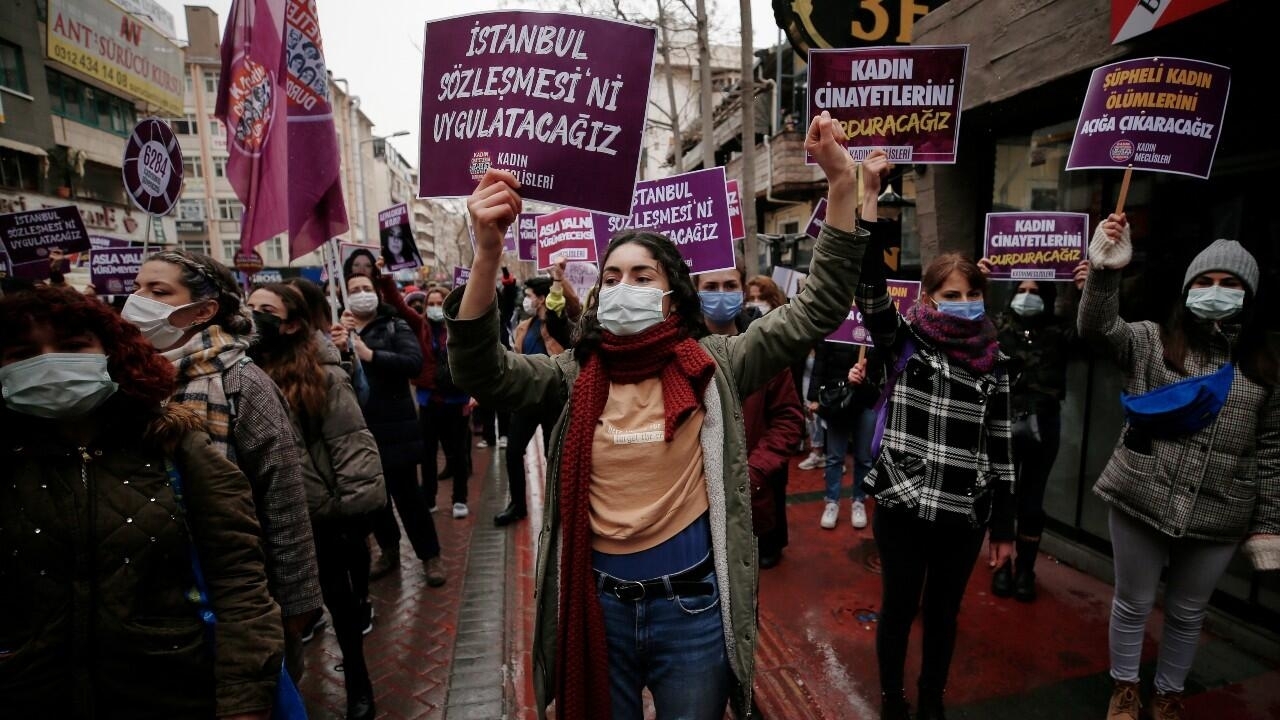 The agreement, signed in 2011 and known as the Istanbul Convention, was created to prevent and combat violence against women. In fact, it is the first instrument in the world that serves as a fixed standard to eradicate this scourge. Despite this, and without giving reasons, Erdogan withdrew to his country by presidential decree, giving a victory to the most conservative and provoking the anger of the opposition and thousands of protesters. And it is that only in 2020, in Turkey there were at least 300 femicides.

The decision to withdraw the country from the treaty, considered the first supranational instrument to establish mandatory norms to prevent violence against women in the signatory countries, was made known through an official bulletin between the night of the 19th and the early morning of the 20th. of March.

And that Turkey was the first country to sign the agreement –which seeks to prevent and combat both gender violence and any abuse against women–, issued by the Council of Europe in a committee of ministers meeting in Istanbul in 2011. The law entered in force in 2014 and, in turn, the Turkish Constitution says that international agreements have the force of law.

The announcement did not provide details on the reasons for the withdrawal. However, the authorities, including the Minister of the Interior and the Minister of Family, Labor and Social Services, expressed that they will guarantee the protection of women through other national laws.

“The existence or absence of international agreements does not reduce or increase our responsibilities to prevent any form of crime that our citizens and our work will face as a requirement of this responsibility. It must also be taken into account that leaving the agreement is a right of every sovereign State, as well as being part of international treaties and conventions, “said Interior Minister Süleyman Soylu.

According to the AFP news agency, the conservatives defended the decision on the grounds that the pact damages the family unit, encourages divorces and that the LGBTI community would be using its references to equality to gain wider acceptance in society. .

The Council of Europe Convention on preventing and combating violence against women and domestic violence had generated divisions in President Recep Tayyip Erdogan’s Justice and Development Party (AK). In 2020, some officials had advanced that the nation was studying withdrawing from the pact, amidst great discussions to stop a rise in cases of gender violence.

In fact, the treaty had created divisions within Erdogan’s family. According to El País, both the president’s wife and his daughter, vice president of an association of conservative women, as well as several deputies from the Justice and Development Party, were in favor of maintaining it.

The same Spanish publication has pointed out that some conservatives argue that the objective of the agreement is “to end the traditional family”, since in some articles it is spoken of people living together and of sexual orientation.

On repeated occasions, Erdogan expressed that he would withdraw from the agreement if the population so requested. However, El País highlights that various surveys have shown that the majority of Turks are opposed to leaving the agreement or do not know what it is about.

The Council of Europe described the Turkish position as setback

The Council of Europe, an entity that seeks a configuration of a common political and legal space in the European region, and of which Turkey has been a part since 1949, called the news “devastating”, since it “calls into question the protection of women in Turkey “.

“Turkey’s withdrawal is very sad news … It is a major setback for this fight and is even more reprehensible because it threatens the protection of women in Turkey, throughout Europe and beyond,” said Secretary General Marija Pejčinović Burić of Council.

On the other hand, organizations that defend human rights and against gender violence also spoke out against it and showed great concern about what could represent an increase in cases of femicides in the country. A crime that has been increasing in the last decade and in 2020 left a balance of 300 dead women, according to the civil association ‘We will put an end to femicides’.

Opponents of the Erdogan government also took a position against the decision. Gökçe Gökçen, vice president of the main opposition party (Republican People’s Party, CHP for its acronym in Turkish), said that abandoning the treaty means “keeping women as second-class citizens and letting them kill them.”

“Behind your empty and capricious words are women and children whose lives are darkened, who say ‘I do not want to die’, and who turn to women’s organizations and us instead of state officials. People do not feel safe That need has existed for years. You do not protect our right to life (…) We will stay alive and we will recover the convention, “he declared in a Twitter message.

In addition to the demonstrations on social networks, many women took to the streets of Istanbul and other cities in the country to express to the Executive their discontent and their fear of being even more mistreated.

“Before we had confidence in the government and the police, but now we cannot trust them. We have no guarantees. Who will we trust? There is no state, no police behind us to protect us,” said the protester and love from home Ayfer Morgic.

Thus, with this announcement Turkey becomes the first nation to sign the pact to officially abandon it. Only before, in May 2020, the Hungarian Parliament had taken the decision not to ratify it and to seek support in the European Union against the document. For its part, Poland, in June 2020, announced through its Minister of Justice that it would still initiate the procedures to abandon the agreement.

“Traces of Evil” on ZDF: This man remains a secret