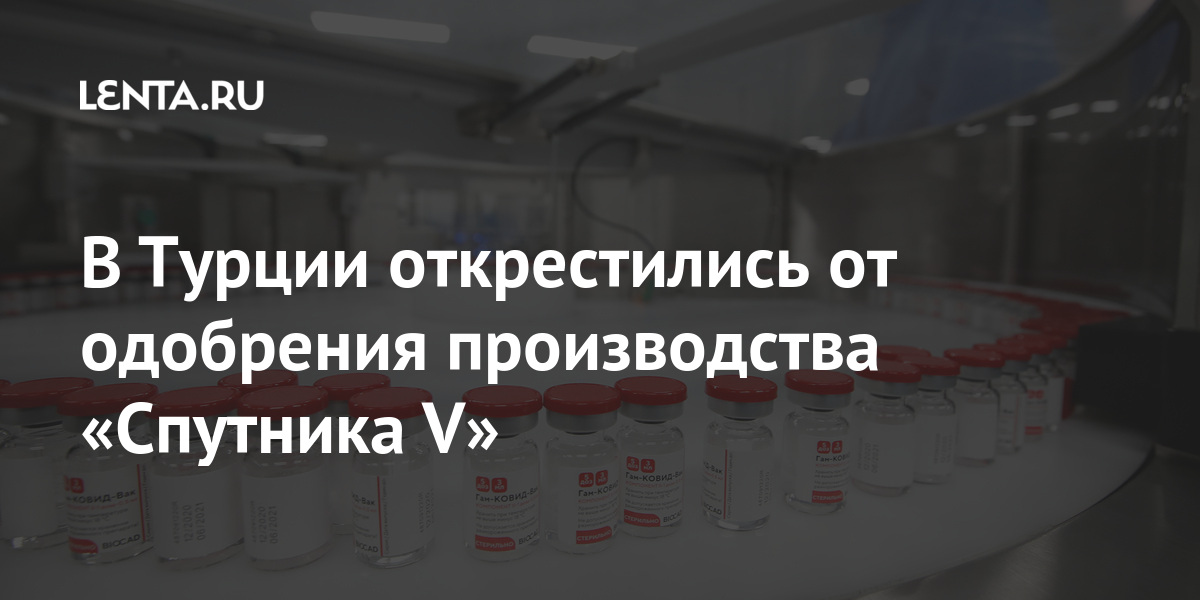 Those who allegedly reported the approval of the production of the Russian Sputnik V vaccine in Turkey denied this information: the message turned out to be a journalist’s mistake. RIA News…

Afshin Emre Kayipmaz, a member of the Scientific Council under the Turkish Ministry of Health on the Turkish coronavirus, told reporters.

“I told the journalist that the Russian vaccine is being tested in Turkey, and only some of their stages have received intermediate positive results. I didn’t say anything else. Apparently, the journalist did not quite understand correctly. But I am very upset, I called the newspaper, and now they are removing this news from the site, ”the agency quoted him as saying about the Yeni Safak newspaper.

The alleged approval of the Turkish authorities was reported earlier on April 19.

On April 14, production of the Russian vaccine began in Serbia. It became the first state in Southern Europe to produce Sputnik V.

Hazza bin Zayed: We are continuing to consolidate Zayed’s legacy