Turkey announced negotiations on a new purchase of Russian S-400 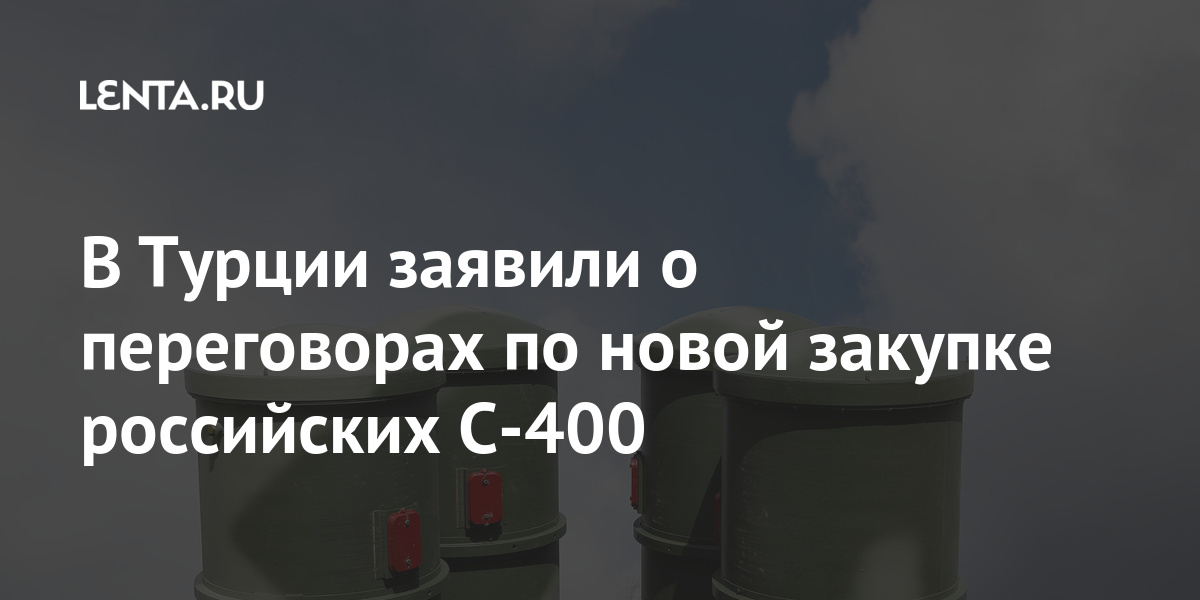 Turkish Foreign Minister Mevlut Cavusoglu said that the republic is negotiating a new purchase of Russian S-400 missile systems. It is reported by RIA News…

According to him, Turkish departments, including the Ministry of Defense, are currently discussing the purchase of a second regiment of air defense systems with the Russian side. The head of the department also criticized the US position on the S-400 deal. Cavusoglu noted that Ankara needed these missile systems, and she bought them, and it is wrong for Washington to criticize her actions. At the same time, the minister stressed that if the United States wanted Turkey to buy weapons from them, then it was worth providing it with reasonable prices and better conditions.

Earlier, US Secretary of State Anthony Blinken called on the Turkish Foreign Minister to abandon the Russian S-400 missile systems. Cavusoglu, in turn, indicated that the deal with Russia is “a completed deal.” “We reminded him again why Turkey bought the S-400 from Russia. The complexes have been purchased, and now the issue is closed, ”the Turkish minister said.

The Mexican Congress approves the reform to limit 'outsourcing'