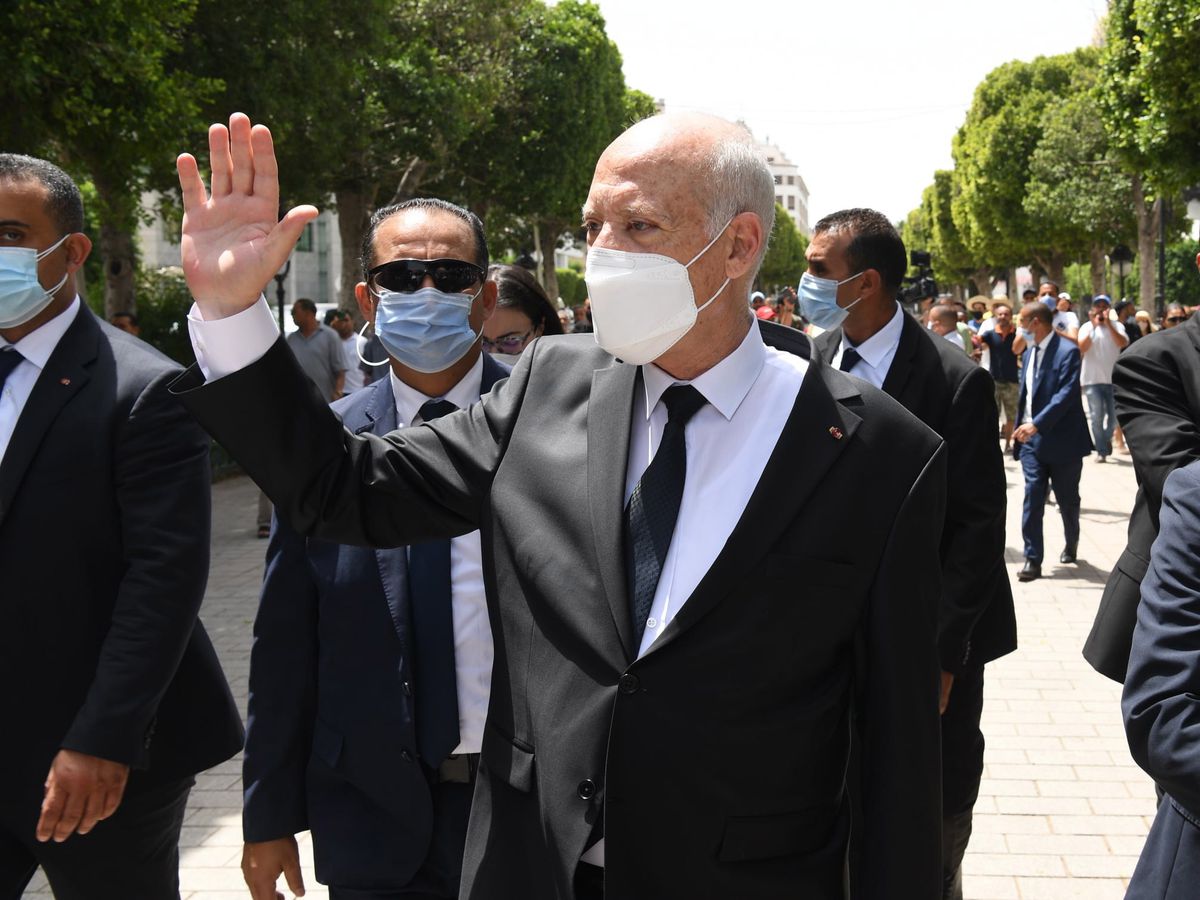 In the days immediately after July 25, when President Kais Said opened a deep political crisis by assuming full powers based on an article of the Constitution reserved for situations of “imminent danger”, events in Tunisia unfolded at a frantic pace : thousands of people celebrated Said’s ordeal in the streets; the main opposition party, the Islamists of Ennahda, called it a “coup”; there were altercations between demonstrators of different sign in front of the Parliament; the police closed the headquarters of the Al Jazeera chain and arrested several deputies … After this initial phase, the constitutional crisis has come to a standstill, either because political actors have tempered their behavior or because they are carefully measuring the next steps to take. give.

The parsimony of Said, a heterodox populist elected at the polls in 2019, is the one that attracts the most attention both inside and outside the country. Almost two weeks after shaking up the political scene by dismissing the prime minister, Hichem Mechichi, and freezing the work of Parliament for a month, Said has yet to appoint a new prime minister, nor has he explained what his roadmap is. Neither the pressure from the Western allies, led by the United States, nor from the main Tunisian civil society organizations, such as the powerful UGTT union, urging him to choose a new chief executive have had any effect. In several latitudes there is concern about the future of the Tunisian democratic experiment, the only one that still survives among the countries of the so-called Arab Spring.

“It is possible that Said is having a hard time forming a government. Your circle of trusted people is very narrow. It has no political party or connections with the business world, ”explains political scientist Rosa Álvarez, based in Tunisia. According to various sources, Said’s first choice to preside over the new government is Marouane Abbassi, director of the Central Bank of Tunisia, with whom he met last Sunday. Among the other names that the Tunisian press has shuffled are also candidates with a marked economic profile, which gives an idea of ​​what the president’s priority is. In fact, before Said’s coup, the government was in an advanced stage of negotiating a loan with the IMF that would remove the bankruptcy scenario.

Although the Tunisian president has not yet made any major decision, he has been announcing appointments with a dropper and, among other positions, has already relieved the ministers of Economy, Technology, Interior and Defense. In theory, their substitutes do not have the rank of ministers, but of “interim managers” of the various ministries, because according to the Constitution, only the prime minister can choose the members of his Cabinet.

Tunisia’s political system is semi-presidential like the French one, and has a two-headed Executive made up of a president elected at the polls and a prime minister appointed by Parliament. Precisely, the conflict of powers between these two figures, together with the serious economic, social and health crisis that the country is suffering, is at the root of the current conflict. The fact that Tunisia does not yet have a Constitutional Court has complicated the solution to the current conflict between institutions.

Among the exceptional measures taken by Said on July 25 is the waiver of immunity from all members of Parliament. This immediately led to the arrest of several opposition deputies, which, added to the interrogation of two Ennahda leaders, raised fear of a witch hunt. However, only one deputy, Yacine Ayari, convicted in 2018 for insulting the Army and the president, has finally been jailed. The rest of the parliamentarians, belonging to the ultra-conservative Karama Coalition, have been released and the charges against them have been dropped. “It is possible that the pressure from France or the US has been felt. But the situation is still fluid, and other deputies could be prosecuted under an anti-corruption campaign. Of course, I doubt that they dare with great corruption, that of the powers that be, “says Álvarez.

Ennahda has also backed down to more moderate positions. After rectifying and renouncing to call protests in the streets, its main leaders no longer speak of a “coup d’état”, but rather of a “constitutional coup”, and they appeal to a national dialogue to solve the crisis. The moderate Islamist formation experiences an internal rebellion, and voices are growing demanding the withdrawal of its historic leader, Rachid Ghannouchi.

Said’s main success to date has been to initiate a commitment by various business associations to lower the prices of some basic products, such as milk, cheese, those derived from cereals or vegetables. In addition, the Tunisian president has made several decisions with the aim of controlling the serious health crisis caused by Covid-19, which has resulted in an average of about 200 deaths a day in a country of about 11 million inhabitants.