Tunisians with one voice.. Thank you, Mohamed bin Zayed 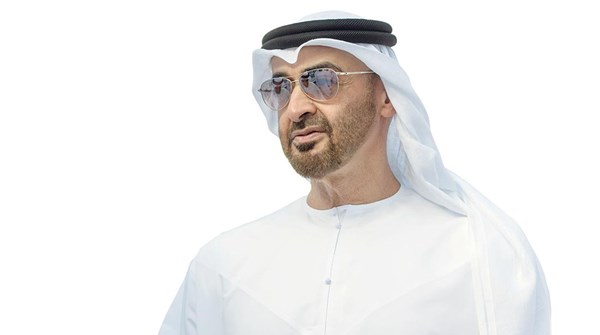 Officials, events and pioneers of social networking sites in Tunisia expressed their thanks and gratitude to His Highness Sheikh Mohamed bin Zayed Al Nahyan, Crown Prince of Abu Dhabi and Deputy Supreme Commander of the Armed Forces, for his directives to provide 500,000 doses of the Covid-19 vaccine, to confront the health situation in the country.
National political and societal figures and bloggers said that this gesture is not strange to His Highness Sheikh Mohammed bin Zayed Al Nahyan, a man of humanity, and to the government and people of the Emirates, and is considered an example of solidarity work, solidarity and rapprochement between peoples and religions, stressing that this generous gesture is evidence that the UAE remains An example to follow in the humanitarian field, bright and western.
Tunisian President Kais Saied praised the strength of the solid historical relations that unite the two countries, and indicated that the noble initiative of the United Arab Emirates to support Tunisia’s efforts to confront the rapid spread of this pandemic consolidates the values ​​of solidarity and synergy between the two brotherly peoples.
Tunisian academic and media figure, Khaira Al-Shaibani, said: “It is the Emirates as we have known it since the formulation of its national conscience by Sheikh Zayed, may his soul rest in peace, when he declared that oil is not more expensive than human beings, and he supports Egypt in the 1973 war, and the sons of Zayed are keen, generation after generation to support their brothers The Arabs, whenever they experience adversity or crises, establish evidence that they are the epitome of humanity and solidarity with different peoples, and their standing with Tunisia in this health pandemic is a position that the people of Tunisia have noted in all their spectrum.
The plastic artist Mahmoud Al-Khulaifi said… The men’s stances and the position of the UAE in this critical health circumstance that Tunisia is going through is mentioned and praised… Thank you, His Highness Sheikh Mohammed bin Zayed Al Nahyan, the descendant of the rare metal, the owner of the big heart and the delicate human sense.
The Tunisian writer and journalist Ali Al-Khamili said… that this assistance from the man of humanity, His Highness Sheikh Mohammed bin Zayed, has sent a glimmer of hope among the Tunisian people at a time when the country is living on the impact of the pandemic, and the unprecedented rise in deaths and injuries, and it comes to confirm once again that the State of The UAE remains a title for humanitarian work and to help the needy wherever they are, especially in this difficult circumstance..Something from its destination is not surprising..Thank you very much to the UAE government and people.
Political analyst and Islamic thinker Anas Al-Shabi said… Everyone must be convinced that men are minerals, and that the UAE’s assistance to Tunisia is a noble and timely movement away from all calculations, and it comes to embody the rapprochement between two Arab countries that have long been linked by strong historical ties for days. The late Sheikh Zayed bin Sultan Al Nahyan, and the leader, Habib Bourguiba, may God have mercy on them.
Thousands of Tunisian bloggers, via Twitter, Facebook, and through the local Tunisian audio, print and video media, praised the Emirati initiative, which demonstrates the support of the rulers and people of the Emirates with Tunisia in this difficult circumstance, in which the number of deaths exceeded 16,000 cases due to the outbreak of the Covid-19 virus, and the number of infected people is about to reach To 500,000 cases since the beginning of the pandemic.
The Tunisian presidency had announced the night before last that President Kais Saied made a phone call yesterday afternoon with His Highness Sheikh Mohamed bin Zayed Al Nahyan, Crown Prince of Abu Dhabi and Deputy Supreme Commander of the Armed Forces, on bilateral cooperation relations and ways to enhance and diversify them.
His Highness Sheikh Mohamed bin Zayed Al Nahyan, by the way, stressed that, based on the keenness of the United Arab Emirates to strengthen brotherly ties with Tunisia, and to stand by it in this delicate epidemiological circumstance, Tunisia will be given 500,000 doses of the vaccine against the Covid-19 pandemic to reach Tunisia yesterday.