Tunisia. The poor, big losers of the revolution 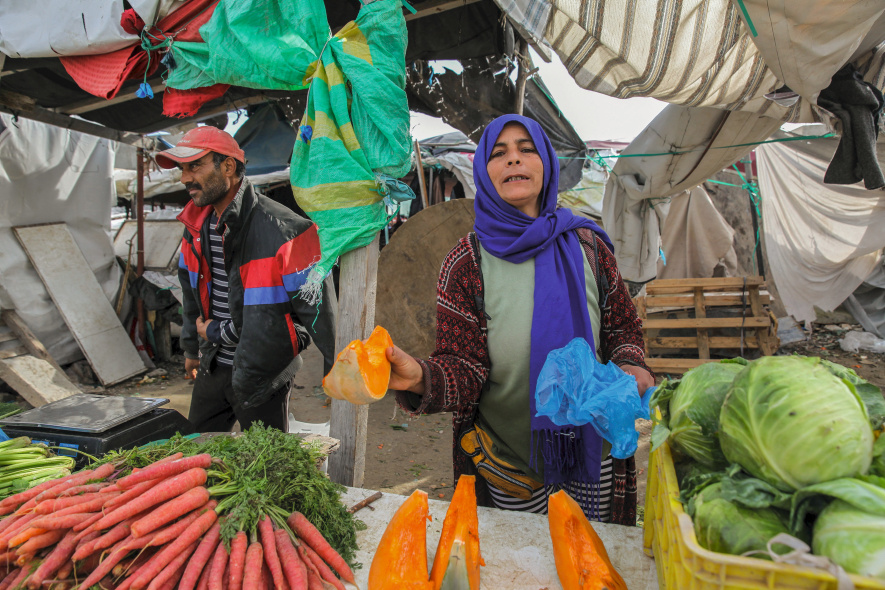 Behind her vegetable stall, in this hamlet of Bhar Lazreg, a few kilometers from Tunis, Basma, 47, has even less of her tongue in her pocket as she is angry and does not know what tomorrow will bring. “It was the poor who made the revolution and they are still unemployed,” she said. If you have the money, you pass. Otherwise, you stay where you are. For her, the reality is as simple as it is sad. Of course, she benefits from a free stall, provided by the municipality, “but thugs regularly come to extort money from us and if we don’t give them anything, they destroy everything. What revolution are we talking about? “.

Basma is an amazing and courageous woman who says that she wants to “get out of all those in power, including the president, who is passive, because I don’t want to continue like this”. A life of misery, six in one room that she wants to show us. Electricity was cut off by the owners. To cook, an old gas stove which holds thanks to tin cans. For all furnishings, a broken cupboard and two old beds. Basma takes out her daughter’s school books, who no longer use them: she stopped her studies and, at the age of 15, participates in the orange harvest “to have a little money and buy shoes”. Basma starts to cry. Of rage and helplessness. “Why aren’t we being helped to have a stable job?” It’s like we don’t exist. It is not a problem that I die, but we have to take care of the children so that they do not take the wrong path, that they do not end up in prison, ”she cries literally. “My husband is disabled. I am the man and the woman at the same time. “

Ten years ago, the streets of Tunisian cities resounded with the slogan: “Employment, dignity, freedom”. A revolt that began with the immolation of Mohamed Bouazizi, in Sidi Bouzid, on December 17, 2010, and which ended with the fall and flight of Ben Ali on January 14, 2011. For Basma, who believed in it, these words are now meaningless. This Tunisian spring has however generated many hopes. Rim, 24 years old today, in internship in the hygiene department of Charles-Nicolle hospital, remembers this moment very well. “We started to dream,” she says. I was convinced that we would live on the European model, that unemployment would disappear (sic). La vie en rose, what. And then, reality caught up with her. A declining economy, ever more apparent misery. And to launch: “Now I have no more dreams. We talk about our problems, but nothing happens, so we stay silent. We keep silence in order to be able to live. “

The revolution is the best thing that has happened to Tunisia. But the Islamists scare me. The risk that they will remain the space in which the woman moves.

It is inside the same Charles-Nicolle hospital that we meet Ahmed Ghalmi, 68, with shaky legs. He got up at 4 a.m. He came from Mateur, nearly 70 km from the capital, because in his town there is no MRI or scanner. Headed first to Bizerte, where, there too, the medical infrastructures were failing, he found himself in Tunis. He moves as best he can. The hospital does not even have a wheelchair for patients to move between departments. They do exist, however. One of them is used to transport … milk cartons! “For us, nothing has changed,” he says. Her daughter, Semia, 37, has no nostalgia for the past, but “prices keep going up. We are always in the red ”.

Child psychiatrist Ahlem Belhadj, union official, heavily involved in the demonstrations ten years ago, recognizes that “the situation is getting worse every day. 80% of Tunisians seek treatment in public infrastructure, but the National Health Insurance Fund devotes 80% of its budget to the private sector and 20% to the public ”. The verdict is final: “There is very bad governance, not to mention corruption. The death of a young 27-year-old doctor, on December 3, in Jendouba, in an elevator accident in the establishment where he worked, is a dramatic illustration of the dysfunctions in public services. “Hospitals can no longer ensure daily life made worse by the pandemic”, underlines Ahlem Belhadj. She is careful, however, to reject what has been done since 2010. “In 2012-2015, there were good reflections within the framework of the societal dialogue which issued recommendations,” she points out. But the disengagement of the State continued in health, education, transport. And the neoliberal orientations favor the private sector. “

In front of Charles-Nicolle hospital, in Tunis. The dilapidated health system was tragically highlighted by the fatal fall of a doctor at Jendouba hospital in December. © Chedly Ben Ibrahim

Director of the Tunisian Forum for Economic and Social Rights (FTDES), Alaa Talbi admits: “There is a lot of bitterness. The economic and social situation is more serious than in 2011. Tunisians feel a neglect, a contempt. They feel alone, abandoned. “Quite simply because” there is no desire to move from a rent economy to another model. Social movements have exploded, going from 8,713 in 2016 to 9,000 in 2019. Often hard, even wild movements, refusing any political or union framework. “This expresses a great divide between this generation which was between 7 and 11 years old in 2011 and the political class,” says Alaa Talbi.

This is confirmed by the meeting with a group of young people on the terrace of a café in Tunis. Amine, 20, an audiovisual student from Bizerte, says that at 15 he believed that he would be able to achieve all his aspirations and in particular to do theater. But he was prevented from doing so. “Until now, I hadn’t thought of emigrating, but I’m starting to lose hope. Nour, 20, a student in a tourism school from Gafsa, is more optimistic, but she wants to put an end to “this masculine society”. For Asma, from Nabeul, 21, in biomedical engineering, “the revolution is the best thing that happened in Tunisia”, citing in particular the freedom of the press and the fact of “dressing as you want” … But she admits that “the Islamists scare me. There is a risk that they restrict the space in which the woman moves. Me, I have the right to live as I want ”.

Unemployed in sit-in for 10 months

For Jamel M’sallem, president of the Tunisian League for Human Rights (LTDH), “the record should be much better ten years later. The government is unable to respond to demands, even if we can congratulate ourselves on an important achievement, freedom of expression ”. For political scientist Hamadi Redissi, who co-edited the book “Populist Temptation” (Cérès Éditions), “the winners of the revolution are intellectuals, people from civil society and journalists. But we did not think of the losers, that is to say those who made the revolution ”. Hassib Abdi, representative of unemployed graduates who have been watching a protest sit-in for 10 months, speaks of “a putsch on the revolution by the people in power. We can only keep hope if a political change takes place ”.

However, observes Yosra Frawes, president of the Tunisian Association of Democratic Women (ATFD), “the political forces which have governed since 2011 are not revolutionary forces”. This lawyer, who notes that, “if the progressive forces are weakened, the living forces remain mobilized in the street”, wants to believe in the importance of “the capacity of resistance and resilience to keep the flame of a revolution”. Especially since in Tunisia, as elsewhere in the world, populisms and obscurantisms of all kinds are developing. “The Islamists had lost the battle when the Constitution was adopted, but they are coming back to the charge,” warns child psychiatrist Ahlem Belhadj. “Ennahdha (Tunisian Muslim Brotherhood – Editor’s note) is part of the government coalition, we suffer the consequences of these choices,” said Jamel M’sallem of the LTDH.

Former Minister of Culture (February 2015-January 2016), Latifa Lakhdar recalls that “the Islamists have benefited from financial support from the richest Arab countries and from political support from the West”. Islamists in action: thus, in the field of the media, they organize demonstrations of force in front of the headquarters of the High Independent Authority for Audiovisual Communication (Haica), which they would like to strip of its prerogatives, in particular that of granting broadcasting licenses. “We have a duty to resist,” said the president of the Haica, Nouri Lajmi. We are a tightrope. We can switch to disaster scenarios. “

The Tunisian hope would like to combine with the present. For now, the challenge is to relaunch a national dialogue, as proposed by several organizations including the General Union of Tunisian Workers (UGTT). “We will never be silent again in the face of what is happening”, launched one of the union figures during a rally in front of the Parliament, where the Islamists of Karama, an avatar of Ennahdha, make the punch and multiply the insults against women. And the UGTT to recall that the slogan of the revolution, “Employment, dignity, freedom”, is more relevant than ever.

All the news on Tunisia is here! 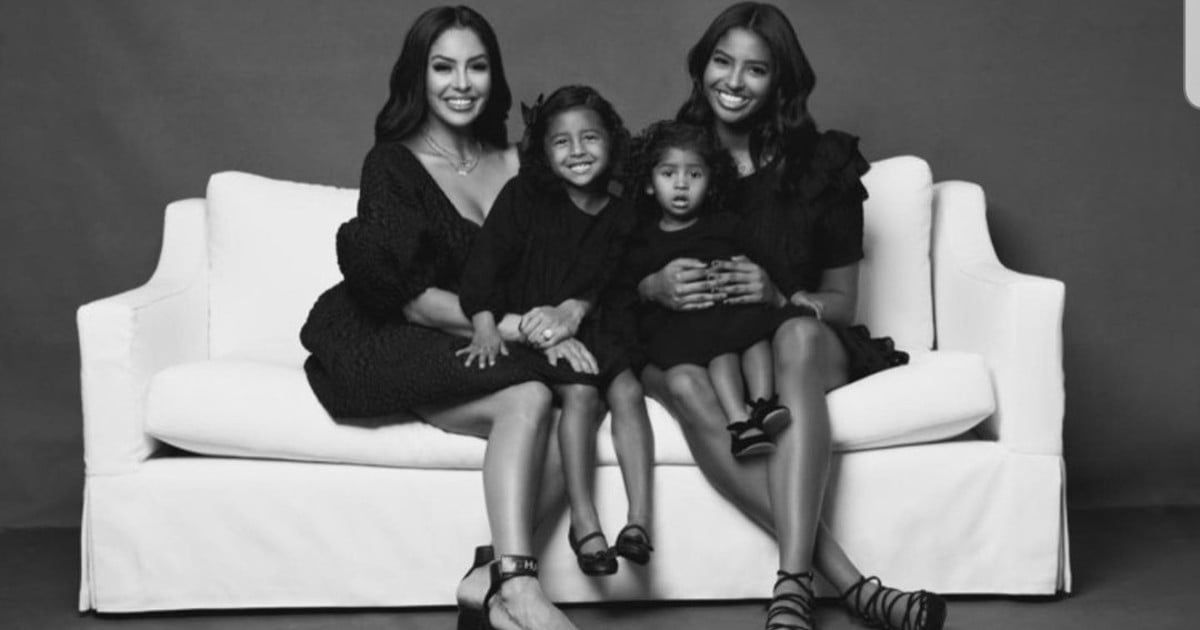 One year after the death of Kobe Bryant: how is his family today 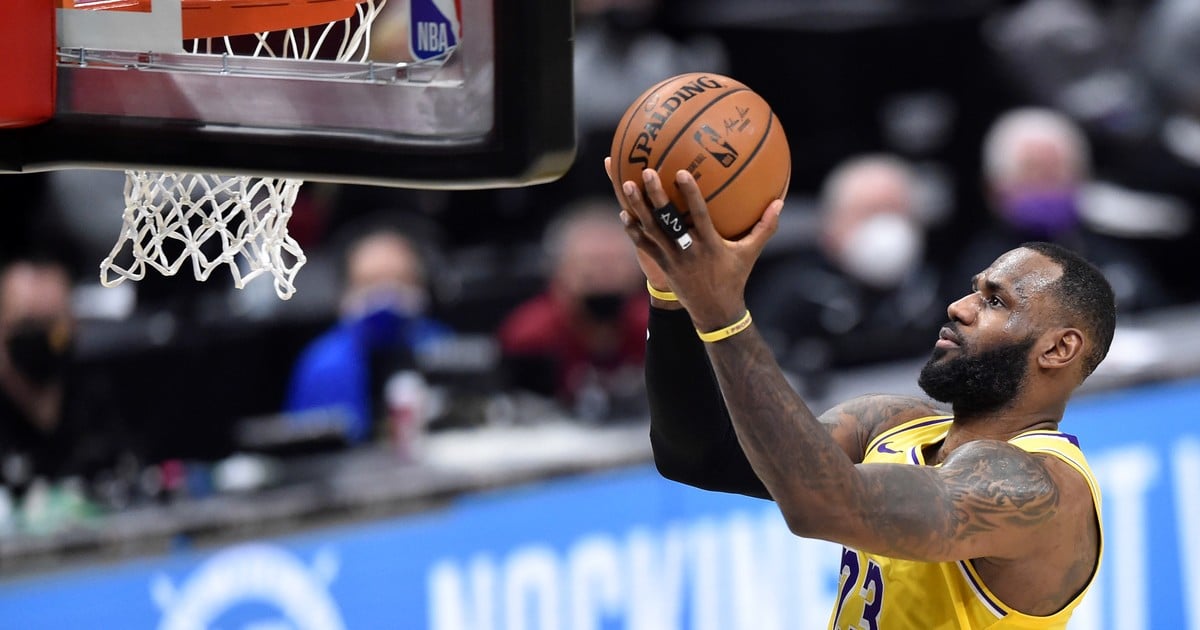 NBA: LeBron James returned to Cleveland and was dispatched with 46 points in a night of memories and with two referees who made history 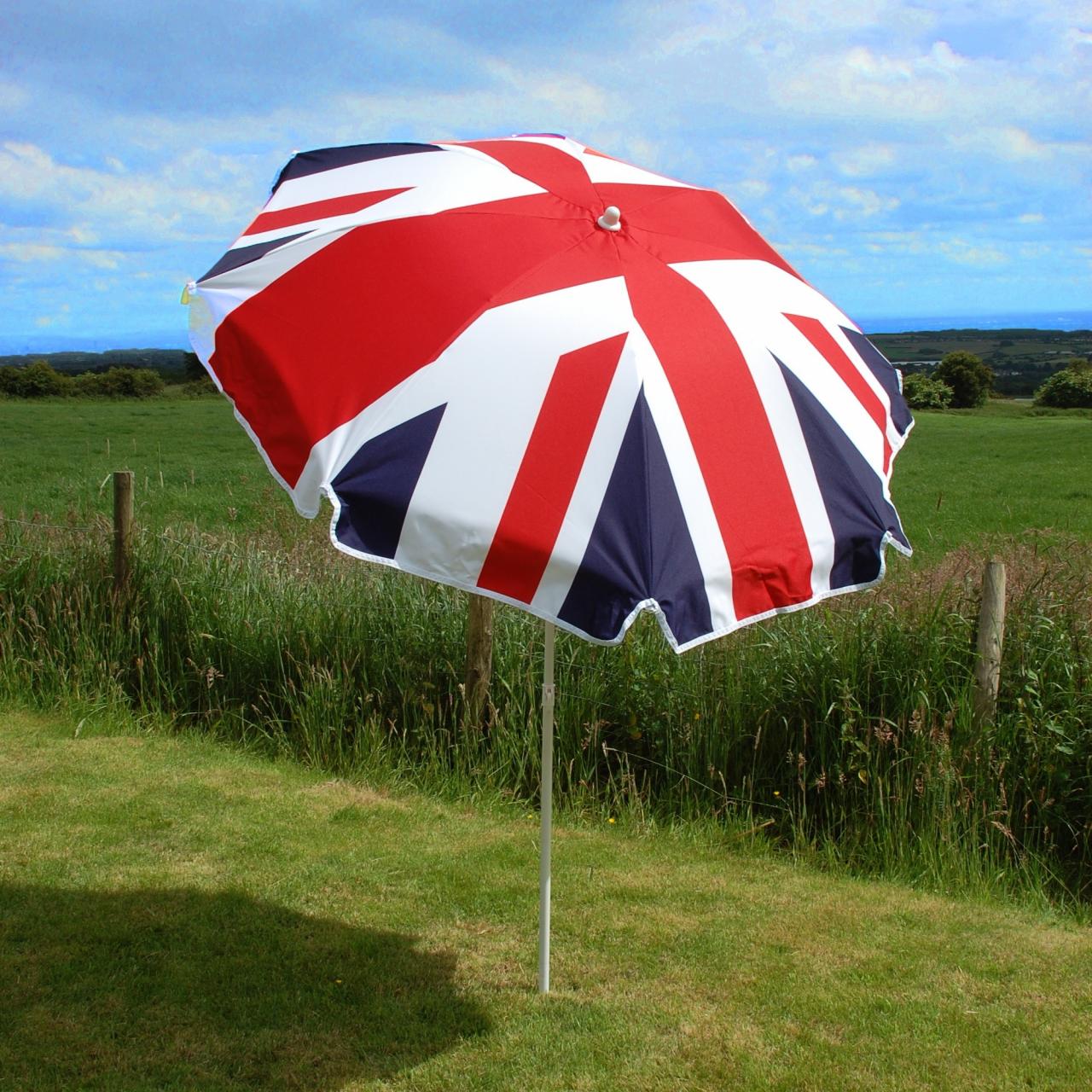 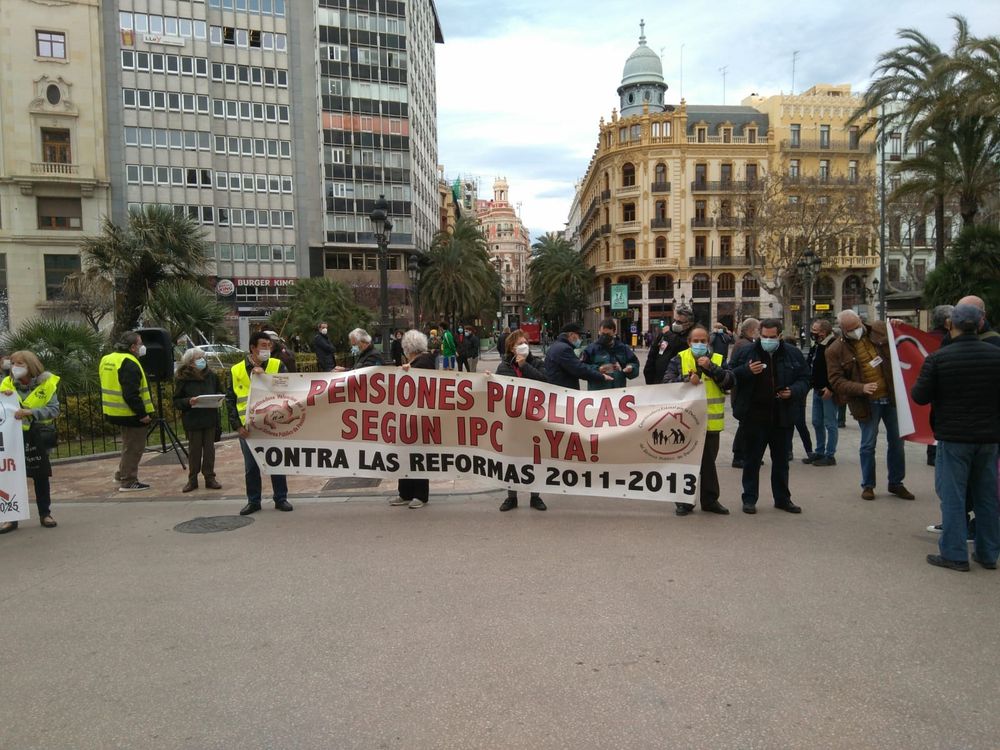 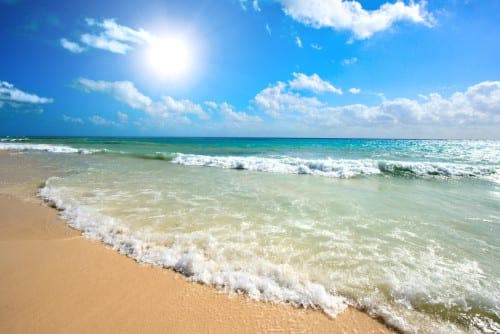 The president censures Iglesias: “We are the true left”

If poor countries are not vaccinated, the rich will pay the consequences