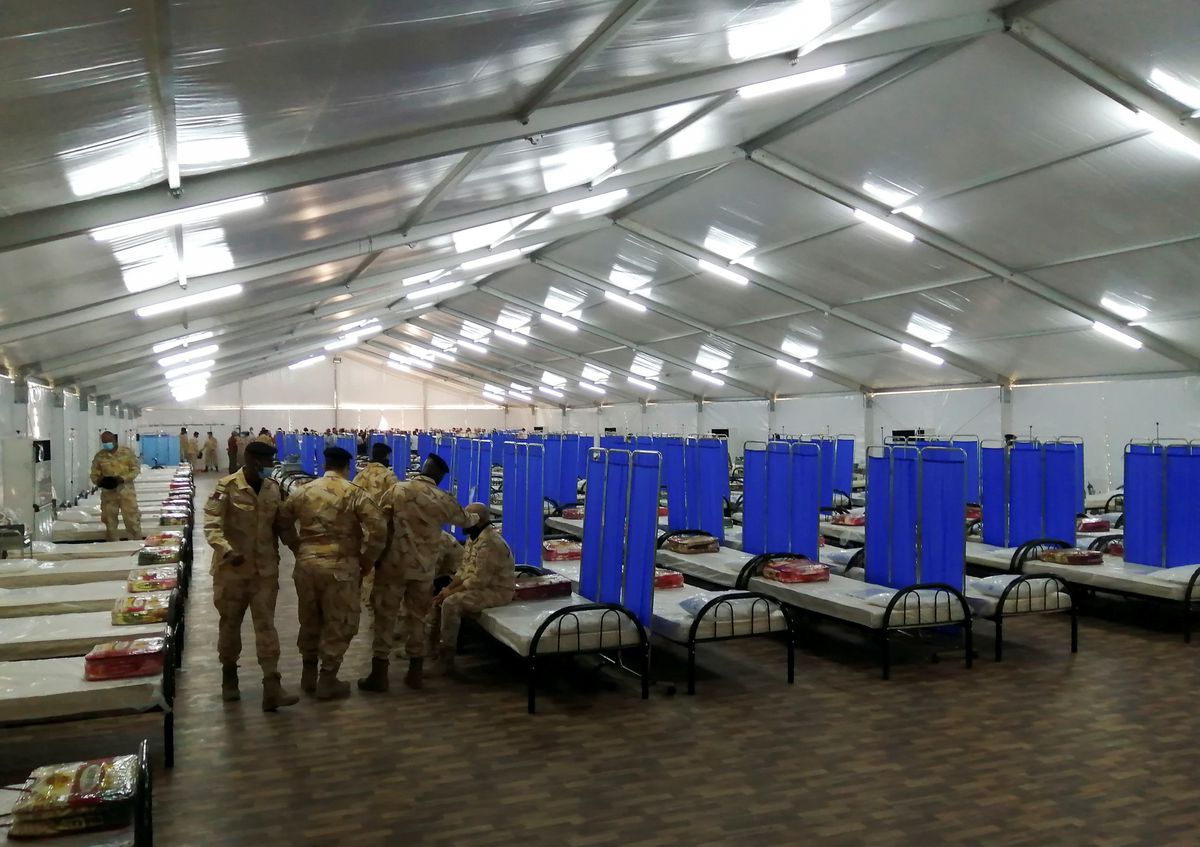 Tunisia has become the country with the highest mortality from covid in Africa, according to data collected by the university Johns Hopkins. The country has reached 142.38 deaths from covid per 100,000 inhabitants. The accumulated incidence at two weeks is already higher than 800 cases per 100,000 inhabitants. The spokeswoman for the Ministry of Health, Nisaf ben Alaya, called the situation “catastrophic” last week. Public hospitals in this country of 11.6 million inhabitants are 90%.

Dramatic situations have not been lacking. In Kairouan province, at the end of June, a plainclothes policeman lay dying on the sidewalk of a hospital while demanding oxygen doses that never arrived. Although in the rest of the Maghreb, especially in Algeria and Morocco, the situation has also worsened, it is far from being as serious as Tunisia.

The Tunisian embassy in France has urged Tunisians living abroad to make donations to hospitals. either through economic transfers in the form of medical equipment. He reports that the country needs everything from respirators, oxygen generators to masks and gloves.

The Tunisian Health spokesperson warns that the responsibility for the situation is collective and has insisted on several occasions that social distance measures must be respected. Much of the Tunisian population, as in the rest of the Maghreb, does not use the mandatory masks. But what makes the difference compared to countries like Algeria or Morocco is that Tunisia has fewer vaccines than its neighbors. Only 5.4% of its population (631,000 people) have benefited from the full pattern, compared to 25% in Morocco or 46.29 in Spain, according to Johns Hopkins University. This body does not have data from Algeria on the number of people who have received the two doses.

An international observer requesting anonymity indicates that Tunisia has always stood out for the transparency of its data. But he adds that the big problem right now is the vaccine shortage. “They are putting between 20,000 and 30,000 a day. They have also involved the Army to vaccinate. And they say they would have the capacity to put about 50,000 doses. If they do not put them, it is because there are not enough vaccines ”, concludes the aforementioned source.

The situation in Tunisia has sparked a wave of solidarity in other countries. Algeria sent two planes on Tuesday with 250,000 doses of vaccines and medical supplies. On the same day another plane landed with 500,000 doses from the United Arab Emirates. Turkey sent another 50,000. France pledged on Monday to deliver 800,000 in the coming days, although at the same time it has inscribed Tunisia on the red list of countries with high health risk, where travel can only be made for exceptional reasons. Tunisia therefore enters the same list where France had placed Brazil, India and Russia. This decision is a hard blow for tourism, a sector that accounts for 8% of GDP.

Meanwhile, medical aid continues in the direction of Tunisia. On Tuesday, China promised to deliver 400,000 doses “as soon as possible,” according to the Chinese ambassador to Tunisia, Zhang Jianguo. Saudi Arabia has ordered the shipment of one million doses. Qatar last week donated two field hospitals and a medical mission. And Morocco announced on Tuesday the dispatch of two intensive care units with 100 beds, 100 respirators and two oxygen generators.

In Morocco, 9.4 million people are already vaccinated with the full schedule, among its 36 million inhabitants. This week the vaccination of people between the ages of 35 and 39 has already begun. But the situation has been getting worse for several weeks, due to the profusion of new variants of covid-19. In May, there were barely between 300 and 400 new cases a day. In mid-June they exceeded 500. And this Tuesday they reached 1,897, a figure that had not been recorded since December. The Government maintains the state of health alert at least until August 10. But it has not announced partial lockdown measures.

In Algeria the situation has also worsened. On Monday, July 12, there were 878 new positive daily cases, something that had not been registered since November. And this Wednesday it reached 941. The President of the Government, Abdelmayid Tebún, met on Saturday urgently with the members of the scientific committee and decided to rule out partial confinements for the moment. Although he insisted on reinforcing the mandatory use of the mask through sanctions, in case of non-compliance.

Both Morocco and Algeria can afford to send aid to Tunisia for now.