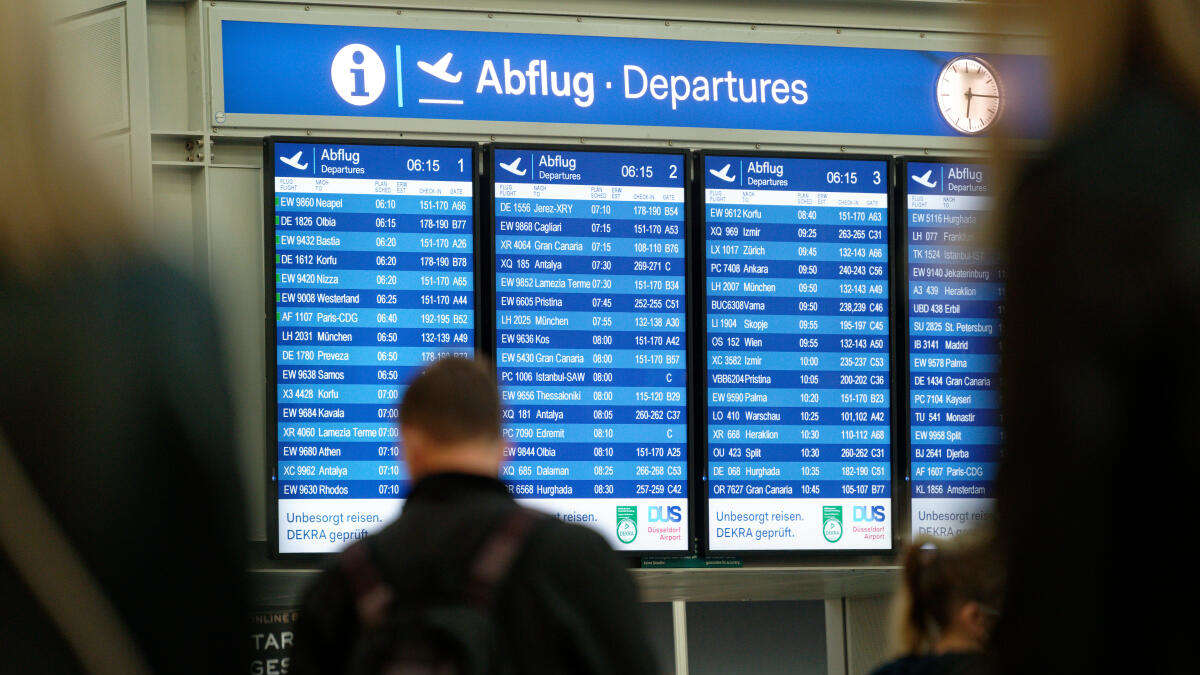 At the airport in Düsseldorf there were tumultuous scenes over the weekend. The federal police were on duty with 40 officers to calm the situation.

Düsseldorf – Just in time for the start of the summer holidays in North Rhine-Westphalia, there were tumultuous scenes at Düsseldorf Airport on Friday and Saturday after several flights were canceled. Like the WDR reported, the airline Pegasus canceled five of 17 scheduled flights from Düsseldorf to Turkey on Saturday alone. Four flights had already been canceled on Friday. As a result, there were long queues and crowds in front of the airline counters.

In their anger about the delays and flight cancellations, some passengers are said to have kicked the counters or thrown objects so that several employees of the handling company fled from their workplaces. The federal police were on duty with 40 officers to calm the passengers and to settle disputes.

The handling of passengers is said to have taken longer because only a small part of the available counters were open at all. And that despite the fact that in addition to the normal travel documents, any vaccination or test certificates had to be checked.

Düsseldorf: Many flights canceled or postponed at the weekend

In addition to the canceled flights on Saturday, six more flights to Turkey were relocated to Frankfurt, Münster or Cologne. “We regret the situation and the associated inconvenience for our passengers and support with our own staff to inform passengers about the situation,” said a spokesman for Düsseldorf Airport on Saturday afternoon.