Tucumán: they captured the accused of a murder with 40 stab wounds in Madrid 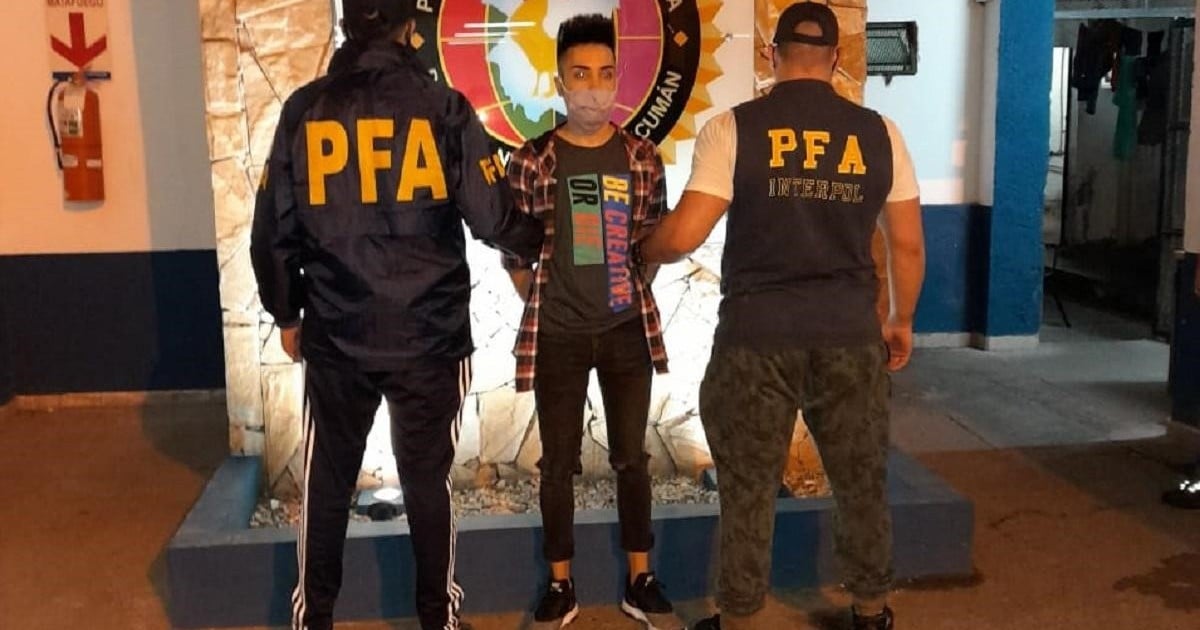 Julián Ovejero was captured this Thursday in the La Bombilla settlement, in San Miguel de Tucumán, after an intense search by Interpol for the murder with about 40 stab wounds of a Puerto Rican in Madrid, Spain, in February 2018.

Personnel from the Interpol division of the Argentine Federal Police, after several months of researchHe found the 24-year-old in the suburb of the capital of Tucumán after 19:00. They immediately proceeded to arrest on Calle Paraguay at 1,500.

As reported The Gazette, the accused was placed at the disposal of Federal Court 2, in charge of Fernando Poviña.

The global red alert had been issued at the request of the Spanish Justice, which had identified Ovejero as the culprit of the brutal and bloody murder of the Puerto Rican computer engineer Juan Manuel Díaz Santos or Najuzaith Zahell Díaz, since he had changed his name.

As it could be reconstructed, the Argentine had contacted Díaz through Grindr, the main gay dating application, and they coordinated a meeting at the Puerto Rican’s house, located in the Carabanchel neighborhood. In fact, the Spanish press called the case “The murder of Grindr”.

Once there, for reasons that are unknown, if there can be any such action, Ovejero unleashed all his fury and gave 40 cuts to his prey. One of the wounds, which pierced the neck from side to side, it would have been the fatal one.

The Argentine was identified by DNA samples and security cameras, although they did not manage to catch him until this Thursday. In between, he passed through Bolivia, a country through which he illegally entered Argentina and then alternated between Buenos Aires and Tucumán, where he was staying in at least three different homes.

Another Argentine wanted from Spain

Martín Ezequiel Álvarez Giaccio, the 44-year-old man who for the Police murdered his two-year-old son, is wanted throughout Spain

Ovejero was not the only Argentine with a red alert requested by Spain. It’s more, the most wanted offender in the Iberian country he was also born in these lands. It is about Martín Ezequiel Alvarez Giaccio.

Alvarez Giaccio would have killed her 2 year and 9 month old baby to punish his partner, who had decided to end the relationship, something that Alvarez was not willing to accept.

With the endorsement of a court order, the portrait of the Argentine circulates through the Barcelona airport, through the train and bus stations, through some emblematic corners of the city and through social networks.

“We are looking for Martín Ezequiel Alvarez Giaccio as a person related to the death of his son in Barcelona. If you have information, call 112 “, say the posters that also detail that it is a 44-year-old man, who measures 1.78 and has” shaved hair, a trimmed beard, brown skin, an athletic complexion and brown eyes. ” .

“You will regret”He had threatened his ex when he left the house on Arizala street that they shared. According to what the police later learned, he had also intimidated her by saying that he would commit suicide.

Once the heinous murder was committed, Álvarez Giaccio sent his son’s mother his last macabre sign: “I leave you at the hotel what you deserve”.