Tuchel about Kante? I dreamed of training him and now I own it! 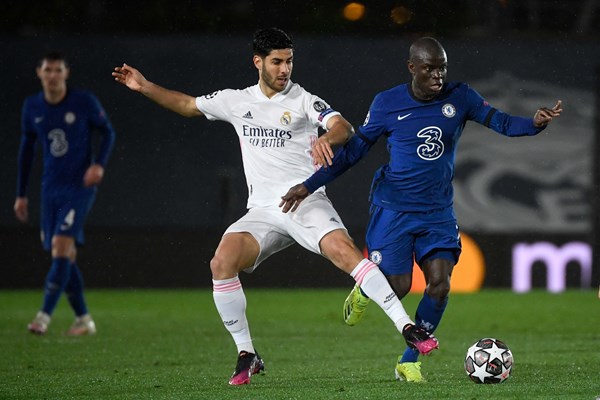 The German coach of Chelsea FC, Thomas Tuchel, confirmed that the challenge for the London team “is forgetting the result of the first-leg match” against Real Madrid, wishing his players to “play for victory” in London in the second leg of the Champions League semi-finals in football, he said. Tuchel: The challenge is to forget the result of the first leg, in the second leg of the Champions League, you always have to start from zero-zero, prepare for the match in order to win, the result of the first-leg match is not important in preparing for tomorrow’s match, or the way we train or what I will say For the players, we will have to do more, there is pressure at this level, and you have to believe in yourself, otherwise we will not have any chance against a team like Real Madrid, I am sure that my players feel that and know how to perform amazingly.

Regarding the return of Real Madrid captain Sergio Ramos to play after recovering from an injury that prevented him from playing the first leg, the German coach explained that whether Ramos played or not, this makes a big difference for Real, he is the captain of the most successful team in Europe in recent years, but we will not lose. Our potential is because of that, we expect that he will play, and we are preparing for that, and we will make sure that he does not do the job alone, the main lesson from the first leg is that we can have confidence in ourselves, that we deserve our place in the semi-finals, and that we are up to the challenge.

Tuchel spoke about his fellow international striker Timo Werner, and said: I know Timo wants to score, we have to accept that scorers sometimes miss big chances, that is part of the game, I haven’t made all the decisions about the squad yet, there is another training session, I’ll see how he feels The players are confident and in good shape. Timo did not score but also has a high intensity in his defensive work, in the team, everyone must assume their responsibilities to score and defend, we create enough opportunities to score goals, for him, that will come with an adaptation period, when he has more confidence in himself, I have confidence in all Players I’ll be pitching tomorrow, the good news is no one is obligated to win the game alone, we’ll do it together.

Tuchel also touched on the French international midfielder Ngolo Kante, saying: He won all possible titles except for the Champions League, would winning it make him bigger? To what extent? He’s a really big player, he’s the man you need to win titles, when I was coaching other clubs, I dreamed of having this player in my team, and now I own him, he’s an incredible example, he’s a quiet and mute boy, smiles a lot, communicates with everyone but doesn’t speak out loud. High, he is always courteous, and by his performance he expresses himself.

Studying Vilho Louhivuori, 24, studies in the United States threaten to crash into Finland’s vaccination schedule – hundreds of universities require a vaccination certificate for those returning to campus