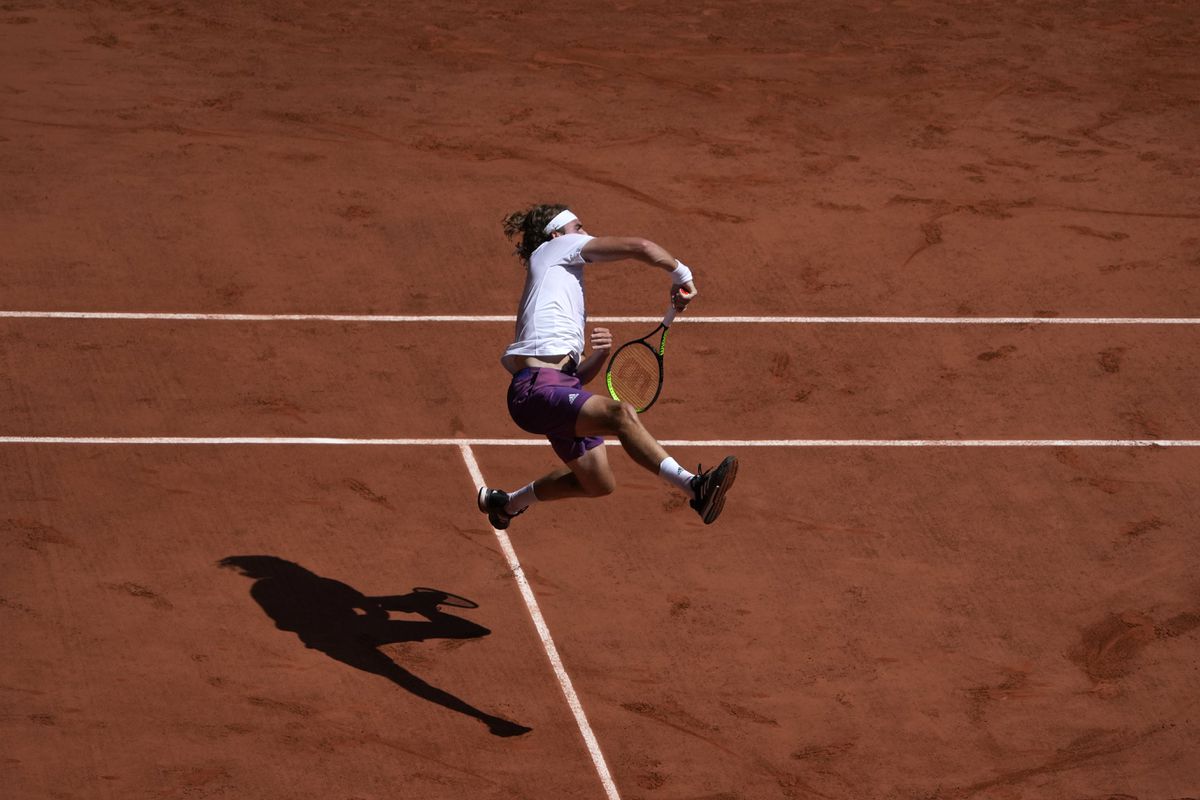 After a movie start, Stefanos Tsitsipas suffers an hour-long collapse that pushes him towards the precipice until finally, straight again, recovered from a couple of blows with a German stamp, he sets off on the right path and finally knocks down in the Chatrier a Alexander Zverev 6-3, 6-3, 4-6, 4-6 and 6-3, in 3h 36m. That is to say, in the final in Paris, it already awaits Rafael Nadal or Novak Djokovic – mentioned this afternoon in the second semifinal – and resizes a career that is taking shape. Madam threatens that of the Greek. On the way to 23 years and increasingly seasoned tennis player, he will play his first final of a great and is running for the title with hunger and great arguments.

After a few moments of confusion –too many hours trapped in social networks– and gradually detaching himself from that boy who burst in like lightning and then caught himself, back and forth and up and down –sin of so many and so many promises of now–, Tsitsipas has been offering bright signals since the beginning of the season; year, perhaps, that can mark a turning point for him. Flash tennis player, brilliant at times and disconcerting at others, in his path towards maturity this course has discovered the support of regularity: to travel where it intends, there is no better way than day by day, tournament by tournament.

“My ego tells me that I want more,” he explained a few days ago, analyzing the growth that is reflected in his journey through this clay court tour: he is the player who has won the most matches on sand – 22 wins, by 20 for Novak Djokovic and 19 by Rafael Nadal, cited this afternoon in the other semifinal– and the one with the best performance in 2021; this is how the race annual, a thermometer of constancy, topping the list ahead of Djokovic and Zverev himself. He landed in the Bois de Boulogne loaded with reasons and with the exception of the lapse against the giant, well resolved at the end, he has exercised with a firm hand and the mettle demanded of potential winners.

He had it to solve the problem of the semifinals, in which he signed a devastating start and then, seized by tension for an hour, gave space to Zverev. However, he knew how to react. He was released. Another sign of progression. In the final sleeve he achieved the break decisive and despite the fact that the boy managed to abort four match points, he pointed. Next Monday will be, therefore, the fourth best racket in the world – today he looks fifth – and with this Friday’s triumph he becomes the youngest finalist in a Grand Slam (22 years and 305 days) since the Scotsman Andy Murray (22/261) agreed to the Australian Open in 2010; It is also the earliest in one of Paris since Nadal beat Roger Federer at 22 years and 5 days in 2008.

Before taking down Zverev, these days he has left Jérémy Chardy, Pedro Martínez, John Isner, Pablo Carreño and Daniil Medvedev behind him. Hardly a hug against the third; the rest a linear walk, without bruises. He came to the French great supported on solid foundations, with the trophies of Monte Carlo (his first Masters 1000) and Lyon under his arm, and with a blow to Nadal in the Godó final that was one tris away from awarding him a third prize. Increasingly focused, always ambitious, aim for his first major – the 2019 Masters is his most precious laurel – after failing to overcome the barrier of last year’s semifinals, and having also reached the penultimate round in Australia twice.