Trump’s final days: isolated, angry and far from the spotlight 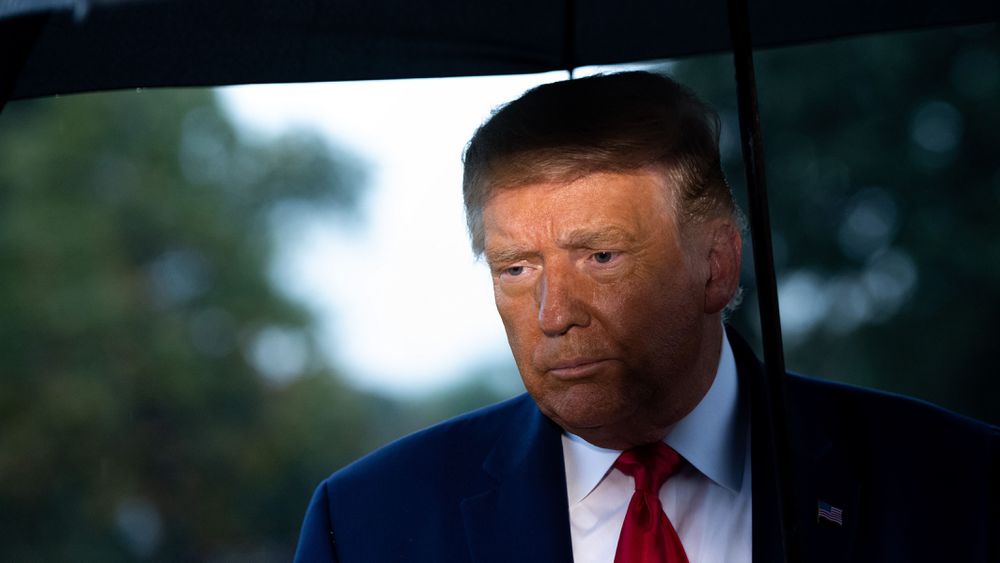 Donald Trump’s official schedule for this Tuesday, his last full day as the 45th president of the United States, read like this: “The president will work from early morning until late in the afternoon. He will make a lot of calls and have a lot of meetings ”. Nothing else. The same empty message that your team has been repeating for weeks.

Donald Trump has spent his last days in the Banking House avoiding the public attention he has demanded, in an almost pathological way, during these four frenzied years. Since thousands of his followers stormed the Capitol on January 6, the president has not made a public appearance. Just a handful of written or recorded statements. Nothing to do with the spontaneity with which he used to hang out with journalists in informal sessions that lasted to extremes.

Deprived of his social media profiles, which have been his usual means of communication with the country, Trump has given up transmitting his message through other platforms such as the White House press room. The last days of his presidency have been plunged into the same silence, disturbing and unusual, that has seized a besieged capital in this transition of power so different from any other.

Those who have surrounded him in his last days, an increasingly reduced circle of sycophants, describe an isolated and angry president who still insists, before the few who continue to want to listen to him, that he won the elections on November 3. He holds a bitter grudge against the Republicans who voted for his impeachment and others who, like the minority leader in the House, Kevin McCarthy, voted against, but defended that Trump has responsibility for the assault on the Capitol. His advisers, according to CNN, have wanted to limit the president’s appearances in the media to a minimum, to prevent him from leaving the official script about the riots on the Capitol that will mark his legacy.

The revolt ended up distancing him from his party, and even from his own Cabinet, where resignations have occurred. On Monday, from the first floor of his residence in the White House, he recorded a farewell message, describing the “miracle” of the achievements of his presidency, only interrupted by “the China virus”, in a video of almost 20 minutes which was broadcast on Tuesday afternoon. Alone, full of rancor, Trump has turned his back on tradition, and it has been Vice President Mike Pence who has replaced Trump in the rituals of the handover, including briefings about the inauguration ceremony, to which Trump has decided not to go, breaking a centuries-old custom.

Donald Trump leaves with an approval rating of 34%, the lowest in his four years of tumultuous presidency. The mark is seven points below his own average, which is the lowest of any president since Gallup began conducting these polls in 1952. Already flattered almost exclusively by conspiratorial extremists, the president who promised, in his inauguration speech ago four years, putting an end “here and now” to the “American carnage”, says goodbye in the middle of the worst economic crisis since the Great Depression, with a country bowed down by a pandemic that continues to claim thousands of deaths every day, and with a legacy of division marked by two impeachments.

His activity in the final days of his mandate seems to be aimed mainly at torpedoing the coming to power of his successor. A list of a hundred controversial pardons, expected to be made public this Tuesday. A string of hasty foreign policy poisoned gifts, courtesy of his still loyal Secretary of State, Mike Pompeo, including the inclusion of Cuba in the list of countries sponsors of terrorism, the declaration of the Huthi rebels of Yemen as a terrorist organization or the lifting of restrictions on contacts with Taiwan. And, as a tip, the lifting on Monday of the ban on travelers from Europe and Brazil, just when the pandemic hits the hardest, a measure that he imposed to stop the spread of the coronavirus and that he knows that Biden’s team will have to re-enact .

Trump will be in Florida during the inauguration of his successor. He plans to leave Washington first thing in the morning, not willing to leave the White House as a former president. No meeting is scheduled with his successor. Donald and Melania Trump have not invited the Bidens before leaving, thus breaking one of the rituals of the transition of power. He will welcome the new tenants, in his place, Chief White House usher Timothy Harleth, whom Trump brought in from his Washington hotel in 2017.

In the afternoon, accompanied by former presidents Bill Clinton, George W. Bush and Barack Obama, the Bidens will go to lay flowers at the Arlington (Virginia) National Cemetery. The three-hour ceremony will be used to place the Biden’s personal effects at the White House. Before, as soon as the Trumps leave what has been their residence, they will have proceeded to a special thorough cleaning of the premises, including carpets and curtains, to eliminate possible germs. It was not even clear whether Trump would be willing to draft a letter to his successor, which outgoing presidents traditionally leave on the Oval Office table.

The moving trucks had already arrived Monday at the Trump residence in Mar-a-Lago, in Palm Beach, Florida. The Bidens, unlike the Trumps, will share a bedroom in the White House. The outgoing first lady, who has not been seen in public for more than two weeks, slept in the suite usually occupied by the presidential couple, and the president had his own bedroom, set up in a room usually used as a living room. be or study by their predecessors. The boxes with their belongings were taken to the private club of the Mar-a-Lago complex, which for now will be the new residence of the Trumps. There, surrounded by his trusted advisers, he will study his next steps.

Megalomaniac, addicted to flattery, the commander-in-chief leaves without the applause of the crowd. Gone was his plan, revealed by The Daily Beast at the end of November, to say goodbye to the White House with a massive rally in which he would announce to his followers, with great fanfare, his presidential candidacy for 2024. But the absence of a dedicated public has not led Trump to deprive of pomp your departure.

The commander-in-chief has designed a military-style farewell. A rally at Andrews Base Wednesday at 8:00. It will be, according to CNN, a ceremony on the runway full of liturgy. Including a red carpet and a salute with 21 rifles. Guests can bring up to five people with them. Until this Tuesday afternoon, it was not possible to speak, according to CNN, of a successful call. Neither his former chief of staff John Kelly nor his former adviser Don McGahn, for example, according to The New York Times, have agreed to attend. It is requested in the invitation, according to CBS, that attendees wear a protective mask for the entire duration of the event. Then Trump will fly to Florida, along with the first lady, on his last trip as 45th president aboard an Air Force One that, at noon, like Cinderella’s carriage, will be taken from him.

Yoshua Bengio: “In the digital age, political ads, such as tobacco ads, should be banned”