Trump was offered two weeks to prepare for the impeachment process 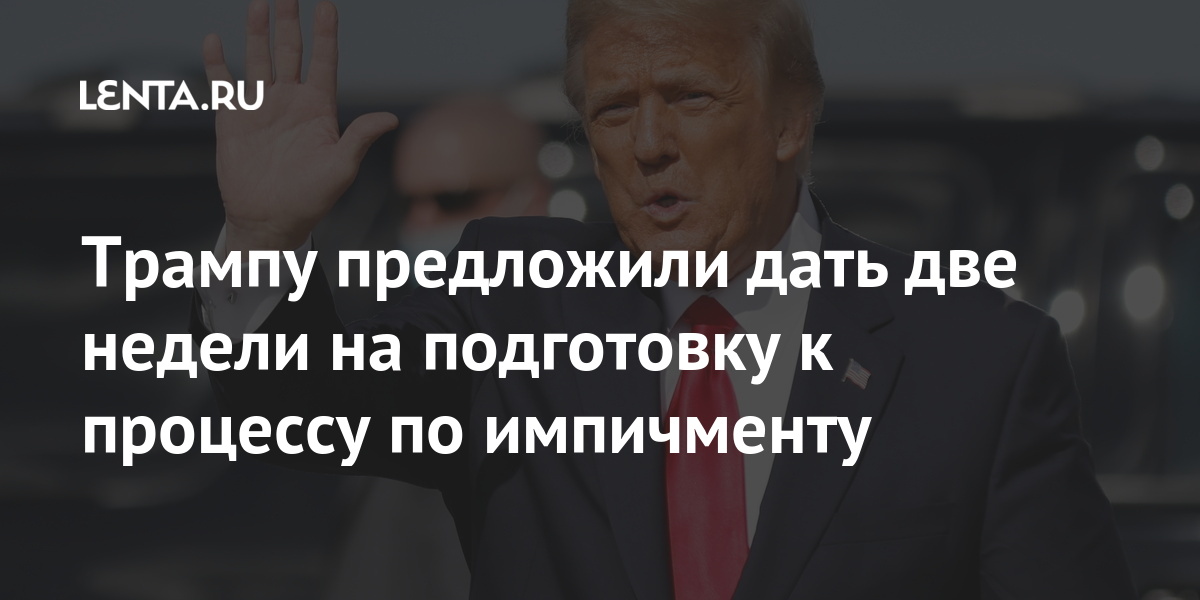 Senate Republican leader Mitch McConnell has offered to give former President Donald Trump two weeks to prepare for the impeachment trial. It is reported by Politico, citing two sources.

The process in the Senate will take place retroactively, after Trump’s departure from office. It is noted that the Democrats intend to see it through to the end.

On January 21, US House Speaker Nancy Pelosi called for the impeachment process of former US President Donald Trump to continue.

Earlier it was reported that the new US President Joe Biden left for the Senate the right to decide the issue of impeachment to Donald Trump.

On January 14, the U.S. House of Representatives voted to impeach Trump in the wake of the recent riots in Washington. The debate lasted over seven hours. 232 lawmakers voted for impeachment due to incitement to rebellion, against 197. The last vote was the second attempt to remove Trump from office.