Trump urged the US to get along with Russia 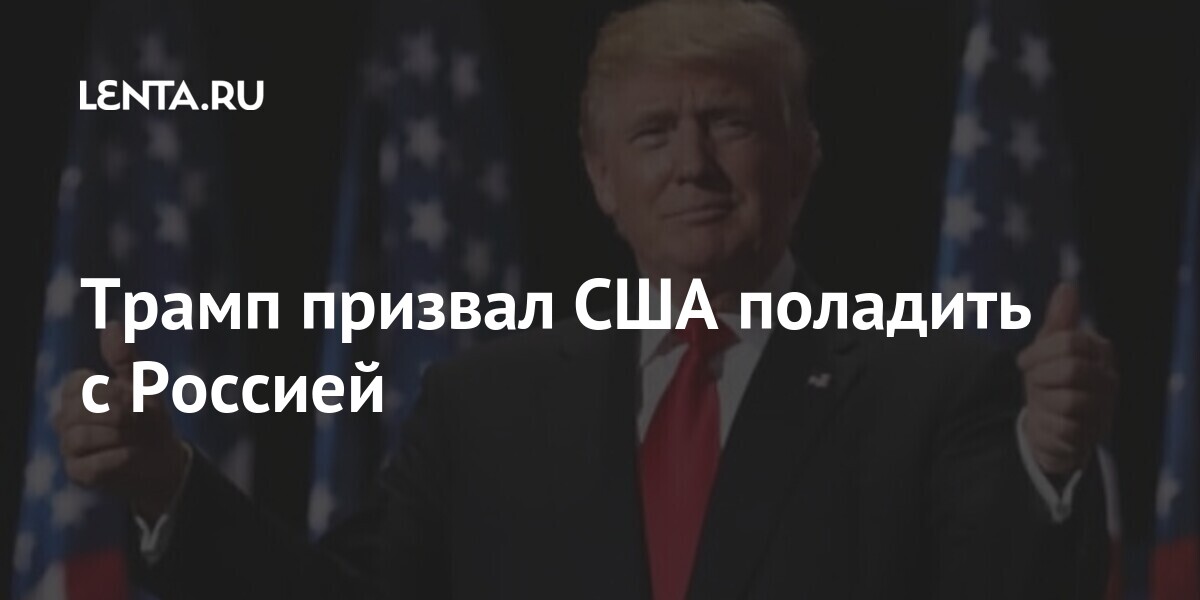 Washington should mend relations with Moscow and Russian President Vladimir Putin, rather than push Russia towards closer cooperation with China. This was stated by the former US President Donald Trump on the air of Fox News, reports TASS…

“Being on good terms with President Putin is great. We need to do business with Russia, we need to get along with Russia instead of pushing Russia towards China, ”the former head of the White House called and added that Moscow and Beijing are gaining strength together.

Trump also commented on Russia’s alleged links to Afghan militants. According to him, recent events confirm that the publications in the American media were fiction. “Now they say that all this is a lie. Like everything else, ”concluded Trump.

Last June, The New York Times published statements that Russian military intelligence had secretly offered rewards to militants associated with the Russian-banned Taliban terrorist organization for killing coalition forces in Afghanistan, including the US and British forces. According to the newspaper, Moscow set itself the goal of disrupting negotiations between the Taliban and the United States. However, the White House even then doubted such intelligence. The administration of the US President noted that every day thousands of messages are received from intelligence, which are subject to strict control.

On April 17, 2021, former National Security Assistant to former US President Donald Trump, Robert O’Brien, called for an apology from those who accused Moscow of ties to the Taliban and called information about this very suspicious.

Students The fate of the spring student and graduation party is still open, no national recommendation is coming this year