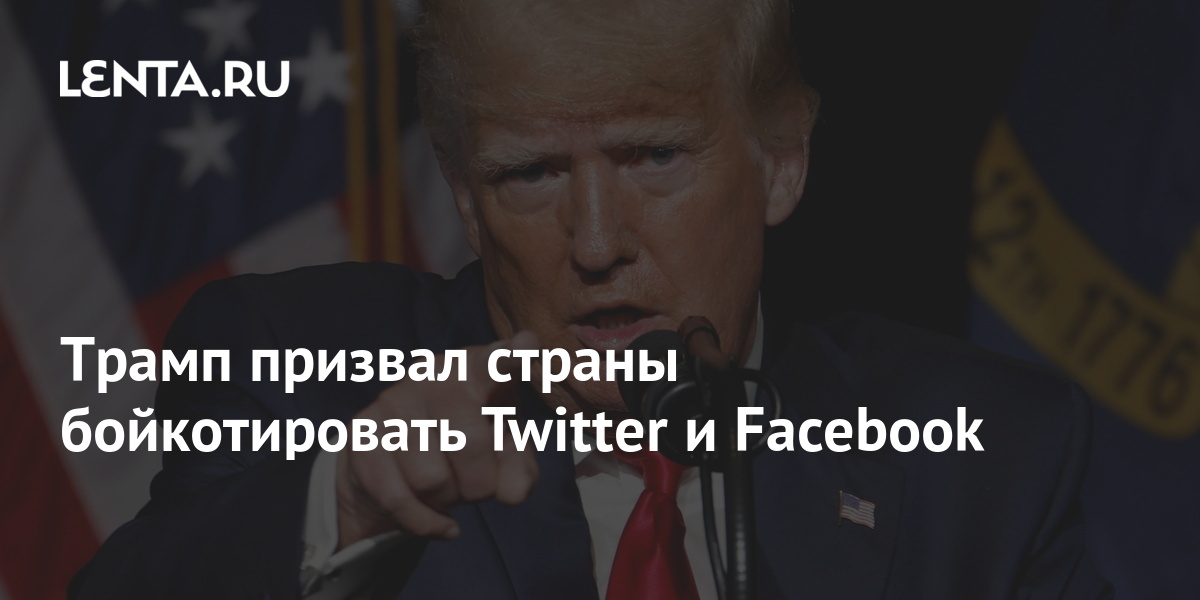 How the world’s largest social networks wanted to clear the Internet of lies, but censored

The former head of the White House released a statement on June 9 in which he congratulated Nigeria for blocking Twitter and expressed the opinion that more countries should follow suit.

“Who are they to dictate what is good and what is bad, if they themselves are pure evil? I had to do this when I was president. But Zuckerberg kept calling me, coming to the White House for dinner and saying how good I was, ”the statement said.

At the end of the article, he mentioned “2024?”, Hinting at a possible second presidential term.

On June 6, Trump accused Facebook CEO Mark Zuckerberg of violating free speech laws and criticized the freezing of his social media account. The former US leader’s account was suspended for two years after GOP supporters stormed the Capitol building. Facebook then accused Trump of inciting hatred.