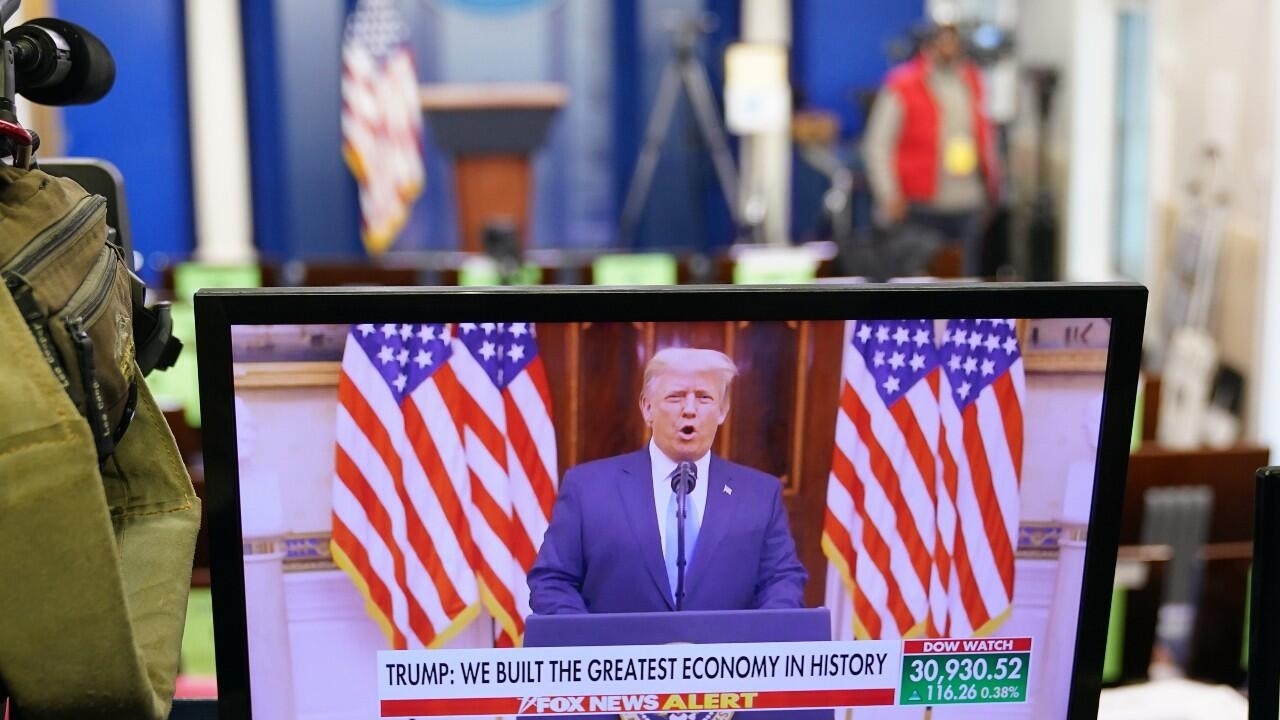 In a video broadcast on January 19, outgoing President Donald Trump took stock of his four years in office. He highlighted being the first president in decades who did not create new wars, highlighted his foreign policy in the Middle East and urged respect for the next Administration, although without mentioning or acknowledging the victory of Joe Biden yet.

Donald Trump says goodbye. In a tone that differs from the confrontational rhetoric that the world witnessed for four years, on his last day in office, the president of the United States asked to pray for the new government that will take office on January 20.

“This week we inaugurate a new Administration and we pray for its success in keeping the United States safe and prosperous (…) We extend our best wishes and we also want you to be lucky,” said the president, although at no time did he mention his former rival at the polls , Joe Biden, whom he still does not publicly recognize as the new president of the Americans.

The outgoing head of state, cornered by strong criticism and a second political trial that is advancing against him for inciting the insurrection, rejected the violence, unlike his first intervention on the same day of the attack.

“All Americans were horrified by the assault on our Capitol. Political violence is an attack on everything we hold dear as Americans. It can never be tolerated, ”he said.

Likewise, the president indicated that he fulfilled his campaign promises, especially with his slogan “United States first.” Although the United States experienced economic stability in its first part of its mandate, its management of the pandemic gave a strong setback with millions of unemployed and more than 24 million infections that today have their country as the most affected globally by Covid -19.

“We did what we came to do and much more (…) I took on the toughest battles, the toughest fights, the most difficult decisions because that’s what they chose me for,” said the magnate.

The Republican president also praised his military policy abroad. Since his election campaign, he promoted a return of the armed forces of his country and in recent days reduced to 2,500 troops in Iraq and Afghanistan, the lowest number of US military personnel in each country since the attacks of September 11, 2001.

“I am especially proud to be the first president in decades that has not started new wars,” he stressed.

In addition, Trump highlighted his foreign policy in the Middle East. But under his government, the United States recognized Jerusalem as the capital of Israel, a fact that raised tensions with the Palestinians, who also claim this city as their own, a sensitive point in relations in this region. The Trump Administration also mediated the historic agreement with which the Israeli government normalized diplomatic relations with Bahrain and the United Arab Emirates.

“We revitalize our alliances and unite the nations of the world (…) I leave this majestic place with a loyal and joyful heart, an optimistic spirit and supreme confidence that for our country and for our children the best is yet to come,” he added. .

Trump, who is leaving in the midst of deep polarization, said goodbye, not without first suggesting his possible return to the political scene: “Now, as I prepare to hand over power to a new Administration at noon on Wednesday, I want you to know that the movement that we started is just beginning ”, he concluded.

Call of Duty: Warzone players are fighting back against “pay-to-win” Roze skin

What graphics cards support ray tracing? We tell you everything you need to know