Trump determines his position on running the White House race 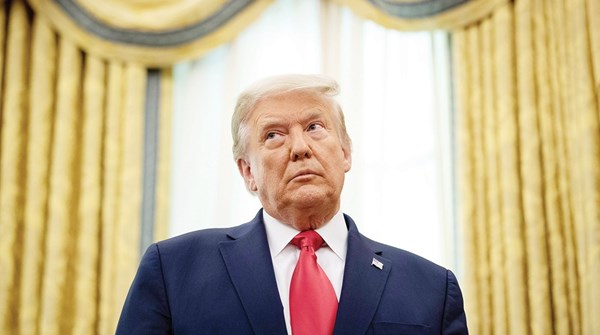 Former US President Donald Trump has said he will decide whether to run to the White House after the congressional elections in November 2022.
Trump has said he is committed to helping fellow Republicans try to regain control of the House and Senate in the 2022 elections, which will mark an early referendum on Democratic President Joe Biden’s leadership.
“I think we have a very good chance to get the House back … We have a good chance to get the Senate back and honestly we’ll make our decision after that,” Trump added in an interview with Fox News.
Trump told Fox News anchor Maria Bartiromo that his supporters appeared ready to support him again if he decided to run.
And he added, “Based on all the polls, they want me to run in the elections again, but we will study the matter and see.”

Nike Invented Self-Lacing Sneakers Because the Future Is Now