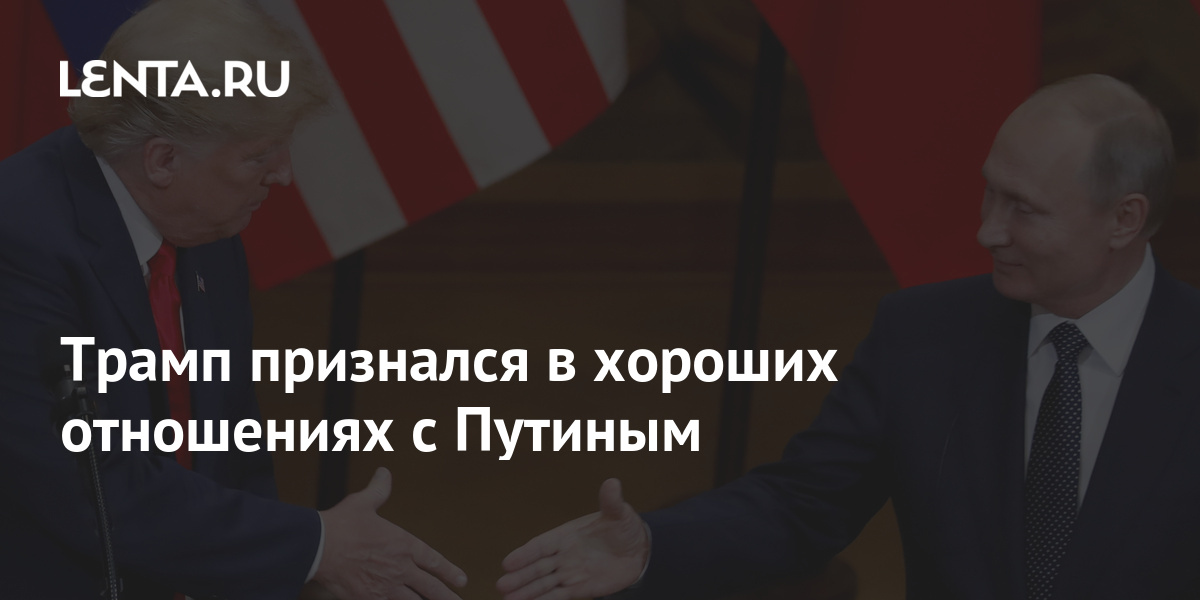 Former US President Donald Trump has admitted to being on good terms with Russian leader Vladimir Putin. He stated this, speaking on Saturday at his first rally after leaving the White House, he is quoted as saying TASS…

According to him, at some stage he developed a constructive relationship with the Russian president, despite the US sanctions affecting the Nord Stream 2 gas pipeline. Trump also announced good relations with other world leaders.

Earlier, Trump spoke about his desire to lift sanctions from Russia. Despite the fact that his administration has imposed many restrictions on Russia, he “would be glad” to lift them if Moscow “pulls itself together.” The former head of state also noted that the relationship between the United States and Russia could be “amazing” and mutually beneficial.

By now, Nord Stream 2 is 95 percent complete. It was planned to be put into operation at the end of 2019, but due to American restrictive measures, the launch date had to be postponed several times.