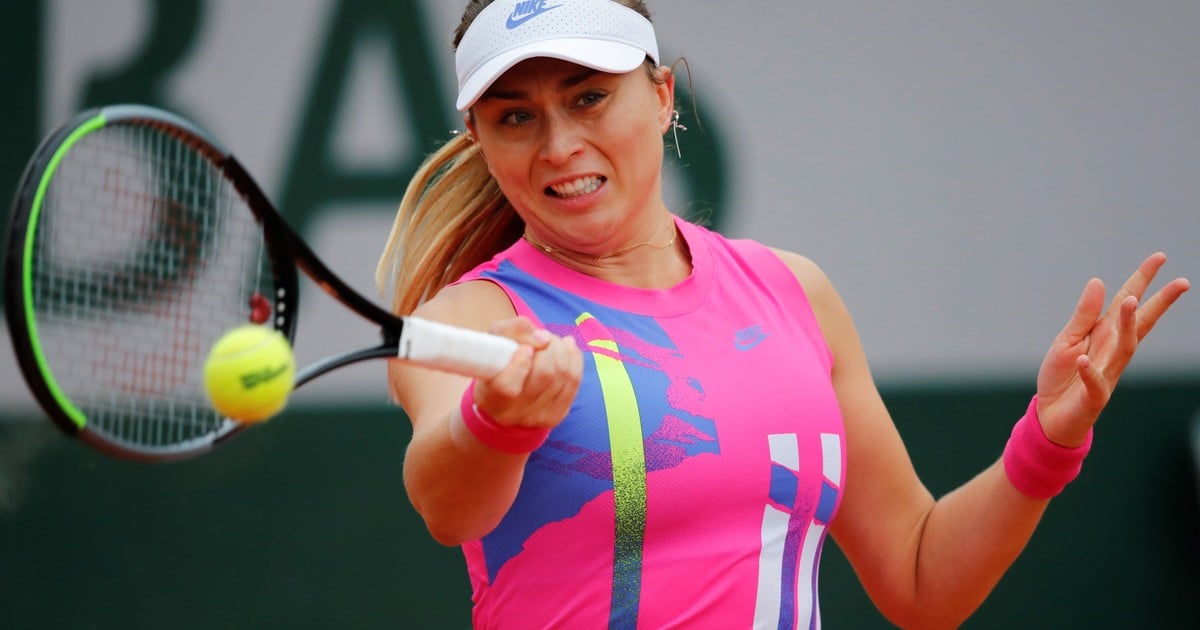 Although in recent days the Australian authorities had already reported that there were four players who had tested positive for coronavirus while they were quarantining in Melbourne prior to the Australian Open; this Thursday the first case with a first and last name was confirmed. The Spanish Paula Badosa, 67th in the ranking, said on her Twitter account that she was infected and that she was transferred to the medi-hotel to complete her recovery, as established in the protocol.

“Since I came to Melbourne, I have been confined to the room. Today, on the 7th day of quarantine, I have tested positive for Covid-19. I am with symptoms and I hope to recover as soon as possible. I have been transferred to another hotel where I will remain isolated and under surveillance. They are hard moments, “wrote the 23-year-old.

Badosa was one of the 72 tennis players who they were already fulfilling absolute isolation because he had arrived in Melbourne on one of the flights in which infected people had been found. He had traveled in the one that departed from Abu Dhabi.

In the Arab city, where he had disputed a WTA 500, he had taken several tests, the last hours before leaving for Melbourne, all with negative results. Thus, it is very likely that he was infected on the plane, in which at least one positive had been registered, that of the Canadian Sylvain Bruneau, coach of Bianca Andreescu, the 2019 US Open champion.

Neither the organization of the tournament nor the health authorities of the state of Victoria have announced yet whether Badosa’s case is one of those that had been made public in recent days.

On Wednesday, Lisa neville, Chief of Police of the State of Victoria, reported that three new cases had been detected, two of them of tennis players, bringing the total number of infected to ten. And he explained that one of the players in question was already serving strict confinement, was very close to passing the virus and was not contagious.

In Melbourne they don’t save on care. After each practice, all the elements of the courts are cleaned. Photo REUTERS / Kelly Defina

A day before, it had been reported that two other players had tested positive, although Craig tiley, director of the Grand Slam of the season, assured that until that moment there were none with symptoms or that they had been relocated to the medi-hotel. And he commented that these results could correspond to cases of viral elimination, that is, of people who tested positive because they contracted the virus at some point in the past.

The case of Badosa does not change the general panorama much for the rest of the players, because the Spanish had not left her room since she arrived in Melbourne and had not had contact with anyone, except those with whom she had shared the flight, who they are also already in strict isolation. Although it does turn on an alarm, 18 days before the start of the contest, which will start on February 8.

From Pella’s complaints to Schwartzman’s workouts

Argentines are experiencing quarantine in Melbourne very differently and they show it on their social networks. While Guido Pella and Juan Ignacio Londero are completely isolated because they traveled to Australia on the flight from Los Angeles, in which there were three positives; Diego Schwartzman and the rest of the Argentines are among the lucky ones who can leave their rooms five hours a day to train.

Guido Pella’s complaints from the strict confinement in the previous Austrtalia Open.

Pella – who had already gone through a similar situation at the US Open, after the “false” positive from his physical trainer Juan Galvan– He shared in several Instagram stories the training he does in his room and also took the opportunity to express his discontent with the organization for the neglect of confined tennis players.

“Imagine that they haven’t cleaned our room for a week, miraculously they give us towels and the food is made of cardboard, we couldn’t get a clean sheet of paper … but hey, we’re still strong (put it) “, wrote the Bahiense. In a previous story he had shown a funny video in which he was seen” disguised “as Yoda (He is a huge fan of Disney and the saga of Star wars), with ears made of paper, and starring in a fun moment to pass the time.

Schwartzman, meanwhile, was able to do three training sessions on the Melbourne Park courts with Stan Wawrinka, his practice partner for the first two weeks. And he transmitted the rallies and some challenges with the Swiss.

Diego Schwartzman broadcasts live his training with Stan Wawrinka, ahead of the Australian Open.

On one of the days, they placed a can of balls in the middle of the court and whoever hit it during the exchange forced the other to perform some physical exercises, such as sit-ups or squats.

The Peque also carried out some live transmissions on Instagram during the Australian morning -the night of our country- in which he showed how he lives the preview of the first Grand Slam of the year, told details of his days in the confinement and answered some questions of his fanatics. Anything goes so as not to get bored.

Coronavirus “Crown sin” attracts many more now than ever before, and that’s the problem – the expert says what kind of people are most likely to collapse