Tropical Storm ‘Grace’ is moving away from Haiti and heading towards the Yucatan Peninsula, where it “could get hurricane force” 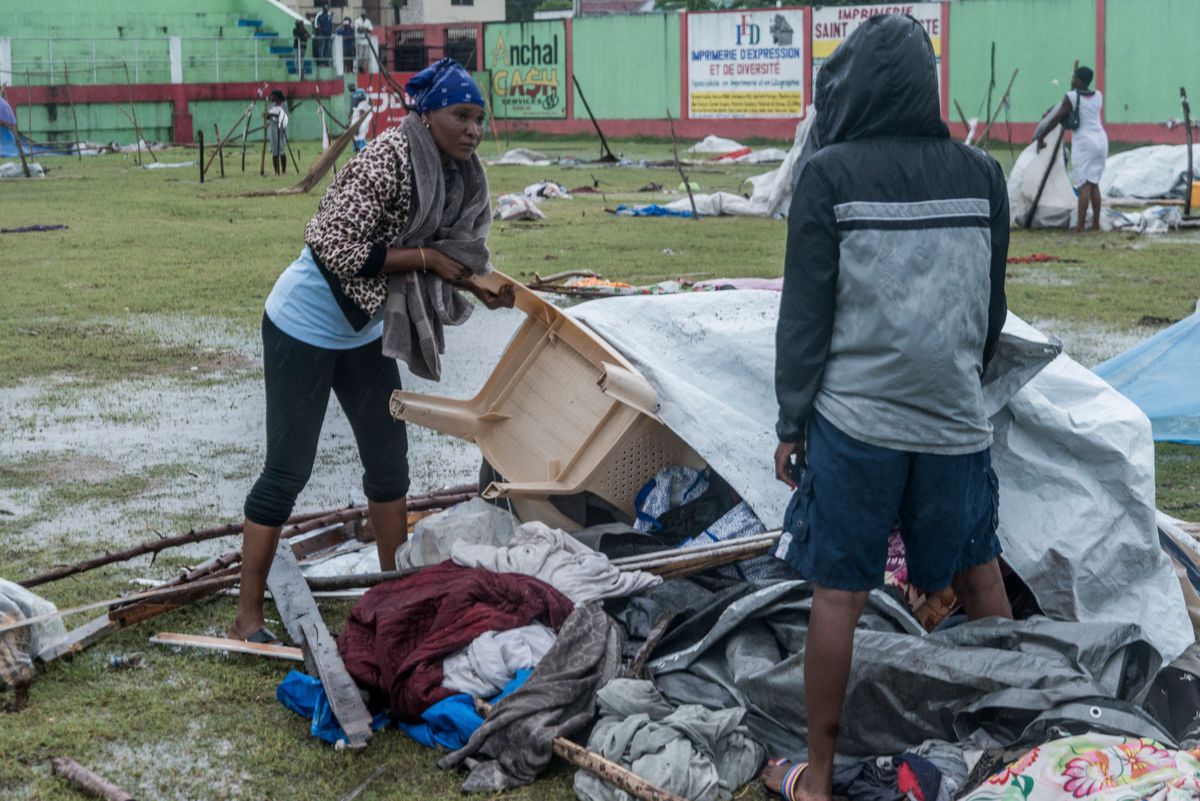 The tropical storm Grace begins to move away this Tuesday from Haiti and heads towards the Yucatan peninsula, in Mexico, where meteorologists estimate that “it could obtain hurricane force.” The National Hurricane Center of the United States (NHC, for its acronym in English) has predicted that the phenomenon will arrive in Mexico between Wednesday night and Thursday morning, after having left heavy rains in Haiti on Monday, which on Saturday it suffered a 7.2 magnitude earthquake that caused at least 1,400 deaths and dozens of injuries. This Tuesday, the tropical storm is heading towards Jamaica.

The phenomenon, which had weakened into a tropical depression, has evolved this morning into a tropical storm. The latest statement from NHC shows that Grace It is located 195 kilometers east of Montego Bay, in northwestern Jamaica, where scientists expect the phenomenon to arrive this Tuesday. The storm is heading west at 16 miles per hour with maximum sustained winds of 75 miles per hour and stronger gusts. After passing through that country, Grace It will head towards the Cayman Islands, 550 kilometers from where it is currently, according to the trajectory predicted by meteorologists.

Wednesday night or Thursday morning Grace, which is the seventh tropical storm of the current Atlantic Ocean hurricane season, will hit Mexico. “Grace could be close to hurricane force as the coast of [la península de] Yucatán ”, reads the statement issued this Tuesday by the United States Hurricane Center. The area where the phenomenon could impact, some 200 kilometers on the coast, goes from Cabo Catoche to Punta Allen, in the State of Quintana Roo. Meteorologists explain that this alert “means that hurricane conditions are possible” there and that the authorities to “monitor the progress” of the storm.

((Notice)) Tropical Depression #Grace It evolved into a tropical storm during the early hours of this Tuesday, its trajectory was adjusted and it is currently expected to pass near Puerto Aventuras. Stay informed through official sources. pic.twitter.com/9uo20wSD3V

As it passes through the Caribbean in the coming days, it is expected that the heavy rains caused by this phenomenon could cause flash floods and possible landslides. The NHC notes that the swell generated by Grace It will continue to affect parts of Hispaniola, the island shared by Haiti and the Dominican Republic, until this Wednesday or even later. Although the natural phenomenon had weakened, Grace it has caused heavy rainfall and winds in the country a few days after having suffered an earthquake.

This situation may affect search and rescue efforts on the island. The director of the Haitian civil protection agency, Jerry Chandler, acknowledged Sunday that the storm represents another “serious challenge” for the country. The spokesman for Doctors Without Borders (MSF) in Haiti, Alexandre Michel, warned EL PAÍS that it is not difficult to imagine that the situation is going to get complicated, especially because some of the areas affected by the earthquake are highly flooded, such as Los Cayos , a city of 90,000 inhabitants on the southwest coast, the most affected by the powerful earthquake on Saturday.